Is Ron Lafferty Dead or Alive? How Did He Die? 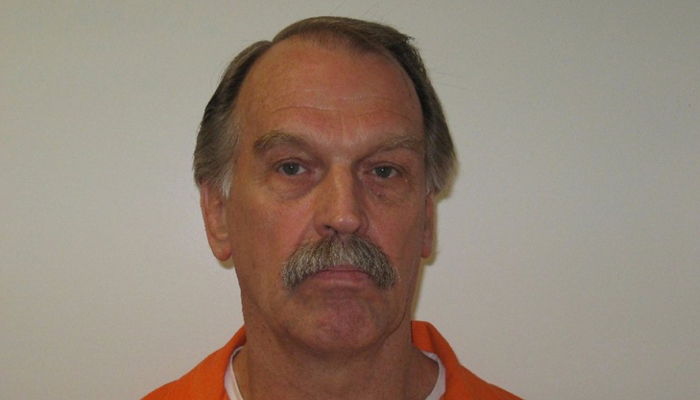 ‘American Monster: Band of Brothers’ takes a deep dive into the atrocious double homicide of Brenda Lafferty and her 15-month-old daughter Erica, along with its bewildering aftermath. In other words, it profiles everything from the case’s connection with the Mormon community to the relating aspects of divine revelations to the involvement of the former’s brothers-in-law, Ron and Dan Lafferty. So now, if you wish to know more about Ron in particular — the mastermind behind the senseless yet sensational infamous murders — we’ve got all the necessary details for you.

Who is Ron Lafferty?

As the eldest of eight siblings born to Watson Leroy Lafferty and Claudine Jones, Ronald “Ron” Watson Lafferty grew up in Utah as a devout member of The Church of Jesus Christ of Latter-Day Saints. However, the family was reportedly quite dysfunctional as the patriarch was a disciplinarian who didn’t mind beating his wife, six sons, and two daughters in the name of punishment. Things only took a turn for the worse when Ron and his younger brother Dan were introduced to the concept of polygamy, though, which they came to believe was essential in their lives.

After all, the two siblings soon joined a radical polygamous group, leading all their other brothers — including the youngest, Allen Lafferty, Brenda’s husband — to get swayed as well. The young, new mother understandably resisted the fundamentalist idea, allegedly giving rise to resentment from her brothers-in-law that didn’t get any better when Ron’s wife left him. He believed Brenda played a part in convincing the mother of their six children to file for divorce after refusing to let him take on another partner, and that’s when God “told” him to “remove” her and her daughter.

According to court documents, Ron, a self-proclaimed prophet, couldn’t ignore the divine revelation he’d received, driving him to work with Dan as well as a couple of others to slay Brenda and her toddler on Pioneer Day 1984. As if that wasn’t enough, records further suggest he didn’t particularly mind harming Erica as he thought she “would grow up to be just as despicable as her mother.” One of the people indirectly involved (from being in the getaway car) later testified that Ron admitted to slitting Brenda’s throat and was grateful for his brother for “doing the baby.”

Is Ron Lafferty Dead or Alive? How Did He Die?

Despite claims of him being mentally ill, Ronald “Ron” Lafferty was found competent to stand trial and was thus found guilty of capital murder in 1985 before being sentenced to death. What’s more is that he always maintained the opinion his conviction was the result of a conspiracy between the state, The Church of Jesus Christ of Latter-Day Saints, and “unseen spiritual forces.” Therefore, he filed several appeals to the 10th Circuit Court of Appeals, the Utah Supreme Court, and the US Supreme Court over the ensuing 34 years, but ultimately, it was to no avail.

Ron had elected to be executed by firing squad, a possibility that the Utah Legislature later removed, yet it turned out that it wouldn’t be required anyway. At the age of 78, while still hoping to pursue other legal options, he died of natural causes while on death row at the maximum-security Utah State Prison in Draper on November 11, 2019. One of his attorneys subsequently released a statement asserting that even though he himself never thought so, Ron was, in fact, mentally ill and never able to assist them in any proceedings. “Mr. Lafferty, like other mentally ill prisoners, was not treated for his mental illness as he should have been,” she wrote.