Portrayed by Conor Leslie, Donna Troy is one of the important characters in HBO Max’s superhero series ‘Titans.’ A human-Amazonian hybrid, Donna was taken in by Diana Prince or Wonder Woman after her father’s death in an arson incident. Diana took her to Themyscira, the home of the Amazons, where Donna received extensive training before becoming Wonder Girl, the sidekick of Wonder Woman. Often when Diana visited Wayne Manor, Donna accompanied her. This is how she came to know Dick, and they became like siblings over the years. In 2014, Donna became a member of the Titans along with Dick, Garth, or Aqualad, Hank Hall or Hawk, and Dawn Granger or Dove. The original group eventually disbanded after Garth’s death. In 2018, Donna meets Dick again and learns about his efforts of rebuilding the Titan, ultimately even rejoining the team. If the recent events have made you wonder whether Leslie left ‘Titans,’ we got you covered.

What Happened to Donna Troy?

Donna has been part of the show’s narrative since season 1. From season 2 onwards, Leslie became a series regular. She was part of the new team’s fight against its first major enemy, the interdimensional demon known as Trigon. While trapped in an illusion created by the demon, Donna relived the day her father died. When she located the arsonist responsible for the fire, she killed them, embracing her darker emotions and empowering Trigon as a result.

After Trigon’s defeat, Donna traveled to Chicago with Kory to find a mercenary named Shimmer. While taking on Slade Wilson, Titans’ primary enemy in season 2, Donna had to relive her pain of losing Garth, with whom she was in a relationship when he was alive. In the second season finale, Donna is killed while trying to protect civilians. Raven subsequently takes Donna’s body back to Themyscira. 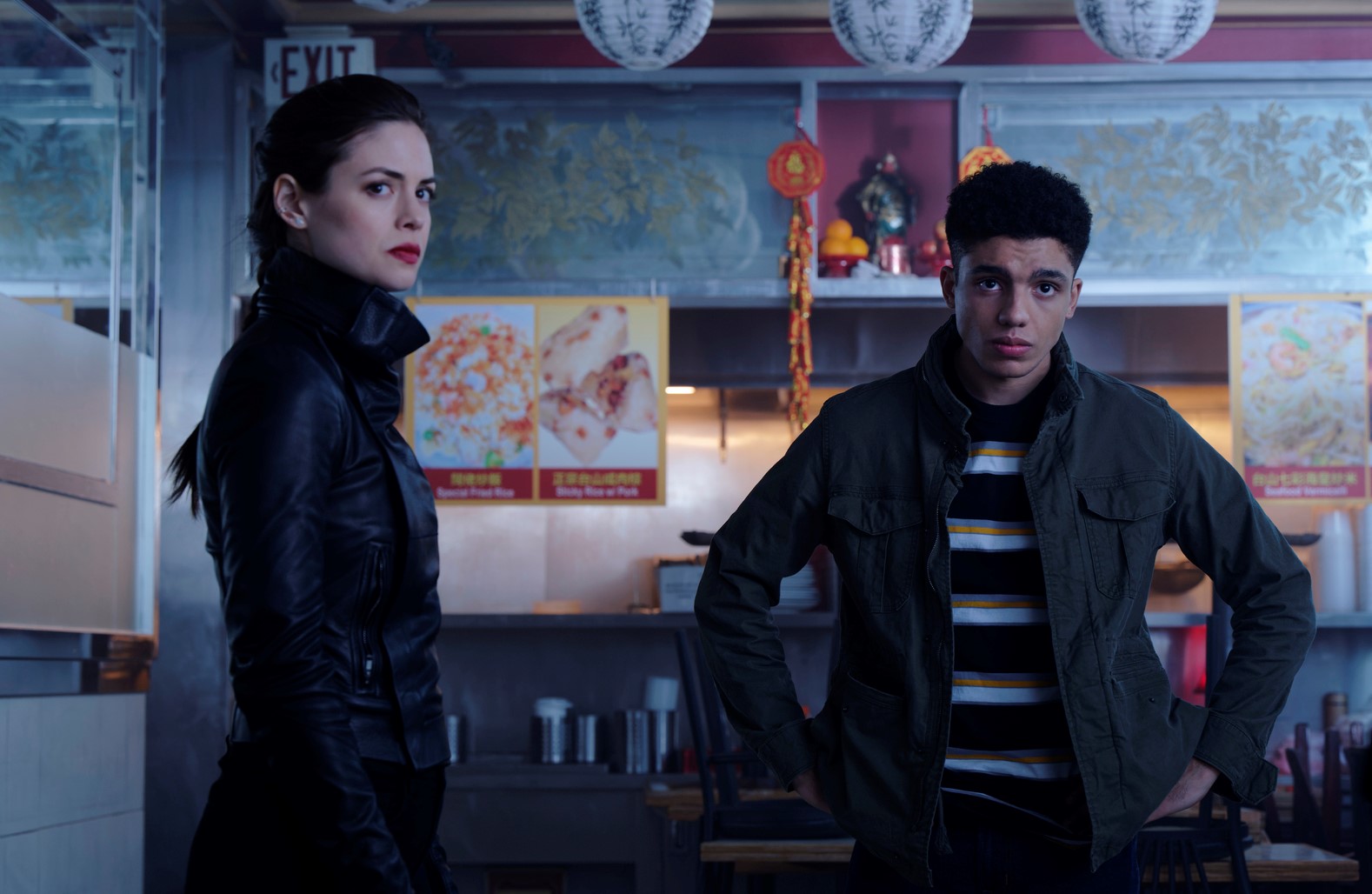 In season 3, Jason has a nightmare in which he receives a warning from Donna. Although Raven’s attempts to bring Donna back prove unsuccessful, the latter still manages to return. She encounters Hank and Tim Drake in the afterlife. She is only able to bring Tim back with her as Hank chooses to stay and fight off the ghouls pursuing them. In the mortal world, she stops Bruce from taking his own life. She later helps the other Titans in taking down the Scarecrow.

Toward the end of the season 3 finale, Donna reveals to Dick that she intends to travel to Paris to give Dawn Hank’s message from the beyond. After that, she has plans to travel the world and help people however she can. Although this makes it seem that she is leaving the show, that is probably not the case.

In the season 3 finale, Donna is approached by Margarita Vee from A.R.G.U.S, who expresses interest in working with Donna, and the latter shows willingness as well. So, it’s likely that we haven’t seen the last of Conor Leslie in ‘Titans.’ She clearly likes playing the character. “Wonder Woman and Gal Gadot’s popularity was definitely a huge factor in why I was excited to play Donna, and I think, if anything, I wanted to bring the idea that Donna’s different than Diana,” Leslie told Gizmodo in 2018. “There’s obviously a relation there and similarities, but the differences between them [are what] I wanted to honor. At the same time, though, she’s still very much an Amazon and there’s a graceful strength there.”