Did Denise and Brandi Have An Affair? 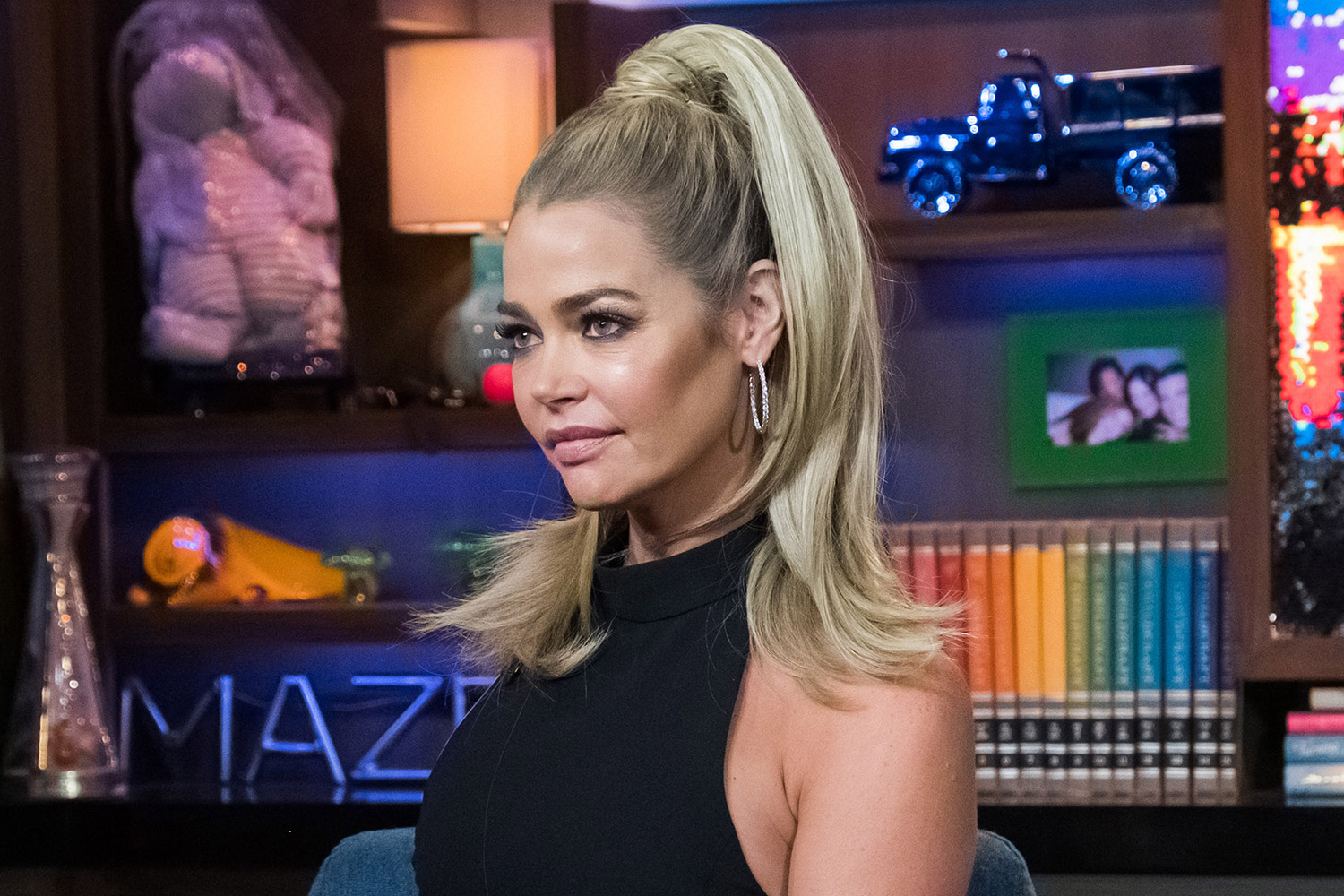 Bravo’s Real Housewives franchise is the best series for you if you like a bit of drama in your life, and its sixth installment ‘The Real Housewives of Beverly Hills‘ (RHOBH) is no different. Focusing on a few elite women as they try to manage their personal and professional lives, the series depicts a whole lot of fights, tears, drama, and hypocrisy. In the latest season, Denise Richards, one of the newer additions in the cast is somehow in the center of it all.

Denise Richards was first introduced in season 5 of the series as a guest, but after that, she vanished just to make a comeback in the 9th season as one of the main cast members. Brandi Glanville, on the other hand, was a main cast member for three seasons, from 3 to 5, but now, for the last couple of seasons, she has only had a reoccurring role as a guest member.

The two women had been the subject of rumors way before season 10 had even started airing. It was all over the tabloids and the internet that Denise and Brandi were having an affair while Denise was already married to Aaron Phypers. Denise and Aaron, whose wedding was featured in season nine, were also said to have an open marriage, which meant that her affair with Brandi was not infidelity per se.

Did Denise and Brandi Have An Affair?

Denise has denied all the allegations about her alleged affair with Brandi even though it is believed that the latter has text messages and other forms of proof that would state otherwise. One of Denise’s representatives even told People that none of the allegations and rumors about the said matter are true.

Even Comments by Bravo on Instagram caught Denise denying the allegations herself in the comments section of one of her pictures. When a follower commented on a photo that she had posted about her husband, saying “does he have a brother?,” another follower replied with, “they have an open marriage … so maybe you could swing by the clinic sometime.” However, Denise shut down the conversation and all the rumors by clearly writing, “we actually don’t have an open marriage.”

It genuinely does seem like she is completely dedicated to her relationship with Aaron and that their marriage, despite what everything thinks, is not an open one. Earlier this year, in an exclusive interview with ET, Denise said that the entire season was a tough one for her. “I was very much caught off-guard, and the subject matter that seems to be in all the tabloids of late is– I think it’s kind of disgusting that they even talk about it,” she continued. “But that’s something they choose to, and I’ve had worse things said so I can rise above it. I have a very solid marriage and my husband and I, we just rise above it. People will say what they’ll say and in the big picture, we can’t worry about that stuff.”

“Denise has to relive the nightmare and stress caused by all of the drama from RHOBH,” a source told Us Weekly after the season started airing. “She doesn’t understand why the cast was just out to get her from the beginning of filming.

Where Do Denise and Brandi Now?

Well, the two individuals are now involved in a bitter feud online. It’s indirect, it’s petty, and it’s everything you’d expect from them. Apart from some series sub-tweeting, Brandi even posted the following image on her Instagram account with the caption “Someone sent this to me & with all the she said she said I cannot fucking wait for the truth to come out…I went swimming with the wrong shark”

It was said that Denise left the shooting of the series because of all the drama, but she herself has said that she is still very much a part of the series and came to film for it, so how that plays out and how that’s edited we will only get to see as the episodes air. With Brandi even giving out all the intimate details of their affair, telling the other cast members that she “f—-d her, woke up the next morning [and] she said, ‘Aaron can never know this. He’ll kill me,'” it seems like the drama is just starting to heat up.