Did Harry Haft Fight Rocky Marciano in Real Life? How Did He Die? 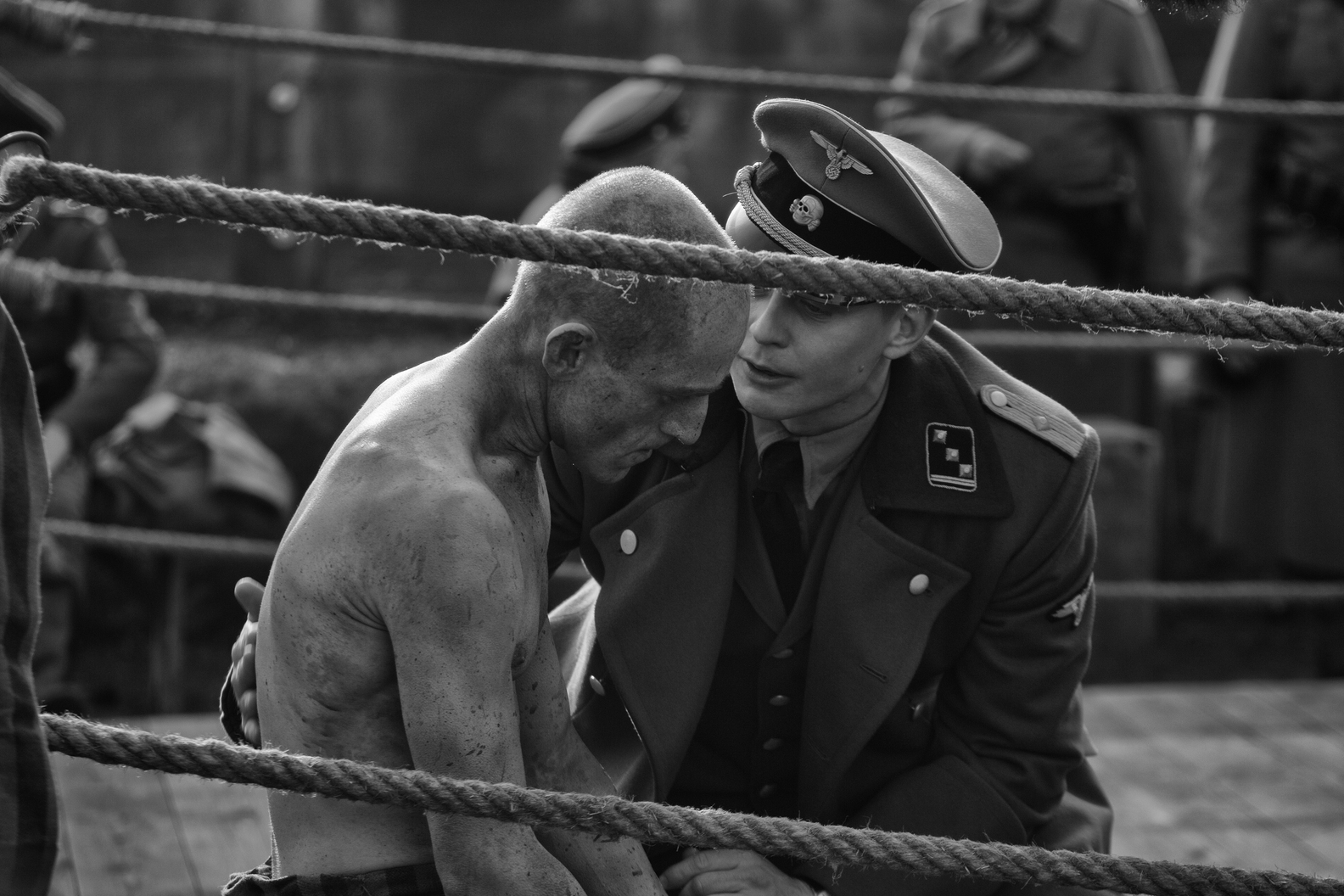 ‘The Survivor’ is a heart-wrenching tale of professional boxer Harry Haft, who is haunted by his past. Born Hertzko Haft, the Jewish boxer survived the Nazi concentration camps by fighting his inmates for the entertainment of the officers. The biographical film highlights his experiences in the camps as well as his professional career as a boxer. According to the film, one of the most prominent aspects of Haft’s career is his fight with the legendary Rocky Marciano. Naturally, you must be curious to know if that actually happened. Well, here is everything we know! SPOILERS AHEAD.

In 1948, Harry Haft moved to the USA and soon entered the professional boxing circuit. The 5-feet-9-inch fighter reportedly won his first 12 professional fights before losing to Pat O’Connor in 1949. But the same year, he went on to defeat Billy Kilby and Johnny Pretzie. However, the Polish-born Jewish fighter was met with another loss against Roland LaStarza in June 1949.

On July 18, 1949, Haft finally met Rocky Marciano in the boxing ring. While he had lost five of his last six bouts, Marciano was on a 17-win streak at the time. The boxing match took place at the Rhode Island Auditorium in Providence, which had the capacity of holding 5,300 people. However, only 1,700 spectators turned up to see the fight live. The Polish-born boxer threw the first punch of the match in the first round, which landed on Marciano’s midsection. As the match progressed, the two went blow for blow before Marciano knocked Haft out in the third round.

According to Haft’s biography, ‘Harry Haft: Survivor of Auschwitz, Challenger of Rocky Marciano’ by Alan Scott Haft, three men threatened him to throw the fight against Marciano when he was warming up for the match. Nevertheless, the Polish-born boxer and Holocaust survivor remained undeterred by the alleged death threats and put on an exceptional performance that earned him praise despite the defeat.

While Marciano went on to become the undefeated heavyweight champion, Haft retired from professional boxing. Later, he became a grocer in Brooklyn. All in all, Haft reportedly fought 21 matches in his boxing career, of which he won 13 and lost eight.

How Did Harry Haft Die?

On April 29, 2007, Harry Haft was inducted into the National Jewish Sports Hall of Fame. Unfortunately, he did not live long after that, as he passed away at the age of 82 on November 3, 2007, in Pembroke Pines, Florida. The former boxer was diagnosed with lung cancer in 2003, and to some extent, experienced memory loss towards the end of his life. Apart from being a husband and father to three children, Haft was also a grandfather.

Some of Haft’s famous words are, “After all I’ve been through, what harm can a man with gloves on his hands do to me?” Undoubtedly, his life was far from an easy one, but the repercussions of his horrifying experiences at the hands of the Nazis impacted generations of his family. On several occasions, Haft’s first-born son Alan Scott Haft admitted that although it was hard to make sense of his father’s unpredictable actions, he finally understood where he was coming from after learning the truth about his past.

In 2019, after Alan’s mother passed away, the author wrote a letter to his late father, Harry Haft. He revealed that although he had often been at the receiving end of Haft’s violent outbursts, he missed not having him around. Alan even expressed regret that he did not know about the horrors that shaped Haft into the man he grew up fearing. It was not easy to excuse Haft’s difficult behavior, but in the letter, Alan stated that he forgave his father.

Read More: Where Was The Survivor Filmed?