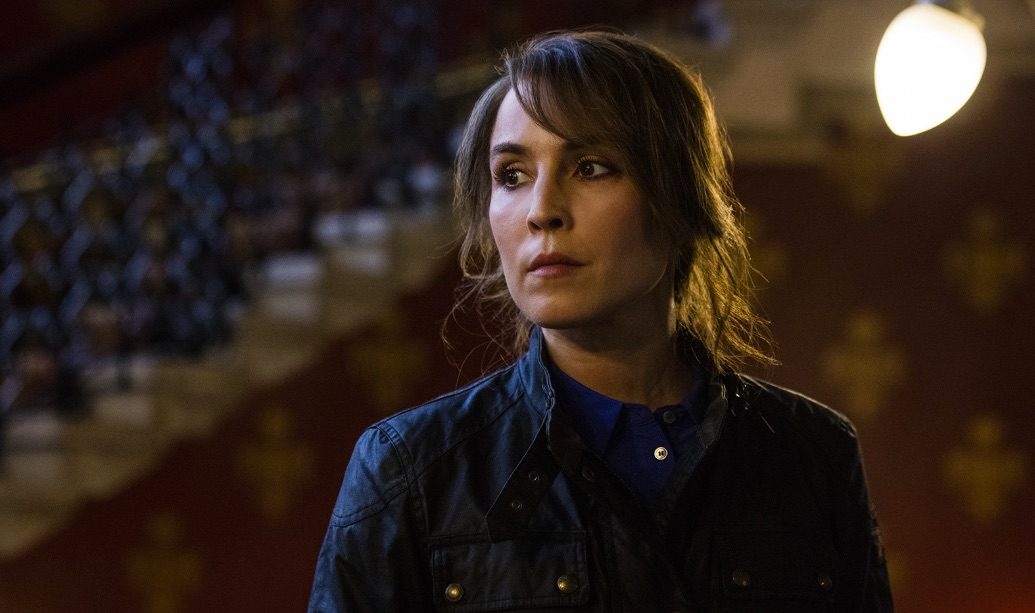 Prime Video’s ‘Tom Clancy’s Jack Ryan’ is a spy thriller series that throws its protagonist into a rather convoluted set of events. In each season, we find Jack in a politically heated situation, which threatens to have dire repercussions on the fate of the world. He finds himself in a peculiar position to diffuse such situations, but he can’t do it alone. As a part of the CIA, he has the agency’s resources at his disposal. There are his superiors and his peers ready to help him through anything, but there are times when Jack needs outside help. In the second season of the show, he crosses paths with a woman named Harriet “Harry” Baumann. What happened to her and what does it mean for her fate on the show? Let’s find out.

What Happened to Harriet Baumann in Jack Ryan Season 2?

Jack Ryan first meets Harriet Baumann in a hotel lobby where she pretends to be just another normal person. Soon, however, it becomes clear that she is much more than that. Even in their second meeting, she doesn’t reveal a lot about herself, but some details about her place of employment and her past trickle through several places. It turns out that she is a BND agent. She belongs to the German intelligence agency and is sent to carry out a mission of her own, while Jack is busy figuring out the intricacies of the situation in Venezuela.

Harriet’s task is to track down Max Schenkel. He is a former asset, who left behind his days as a spy and now works as an assassin for hire. He is great at his job which has created a lot of problems for his former employers. Harriet is sent after him not just because she is great at her job. She also has a romantic history with Max, and it is believed that this would help her in pinpointing Max’s location.

When Harriet meets Jack, she realizes that both of their paths converge at Max’s. For Jack, Max is the piece of a greater puzzle, one that he needs to solve in order to accomplish his task in Venezuela. Eventually, Jack discovers that Max is the one who killed Senator Moreno. His search leads him to London, where with the help of Harriet, he succeeds in tracking down Max’s daughter. This finally brings him face-to-face with Max and Jack hopes to get some answers. However, the assassin is not in the mood to chat.

Before Jack can react, Max pulls out his gun, ready to shoot. However, Harriet arrives just in time to save the day. She shoots Max in the head and tells Jack to run away, lest he gets caught up in the legalities of this murder. Her task was to take care of the Max problem, she’s done that, and she stays behind to clean up the mess.

The last time Jack sees Harriet is in London, and the last time we find him talking to her is when he asks her for Rupert Thorne’s phone. She asks for two days’ time and delivers on her promise. This leads Jack to make the connection between Venezuela’s corrupt president to American Senator Chapin. While it is not possible to decipher Harriet’s location at this point, it does look like she is in the middle of another mission, one that does not concern Jack.

The third season of the show takes place in Rome, Prague, and Russia. While Jack is reunited with several familiar faces, Harriet is nowhere to be seen. This only means that she and her agency are not directly invested in the events that take place in the third season. Hence, Noomi Rapace does not return to reprise her role in ‘Jack Ryan’ Season 3. However, this doesn’t mean that the possibilities of her return are nil.

While it has not been confirmed whether or not Rapace will join another season of ‘Jack Ryan’, it is possible that her character might return in the future. This would depend on the path that Jack’s journey takes. In the meantime, Rapace has busied herself with several movie and TV projects. She has at least two TV shows and two films slated to release in the near future, which means that she might have to clear her schedule a bit if she is to return to the role of Harriet. For now, Jack will have to continue solving his problems without her.