Did Tembi Locke Remarry? Who is Her Husband Today? 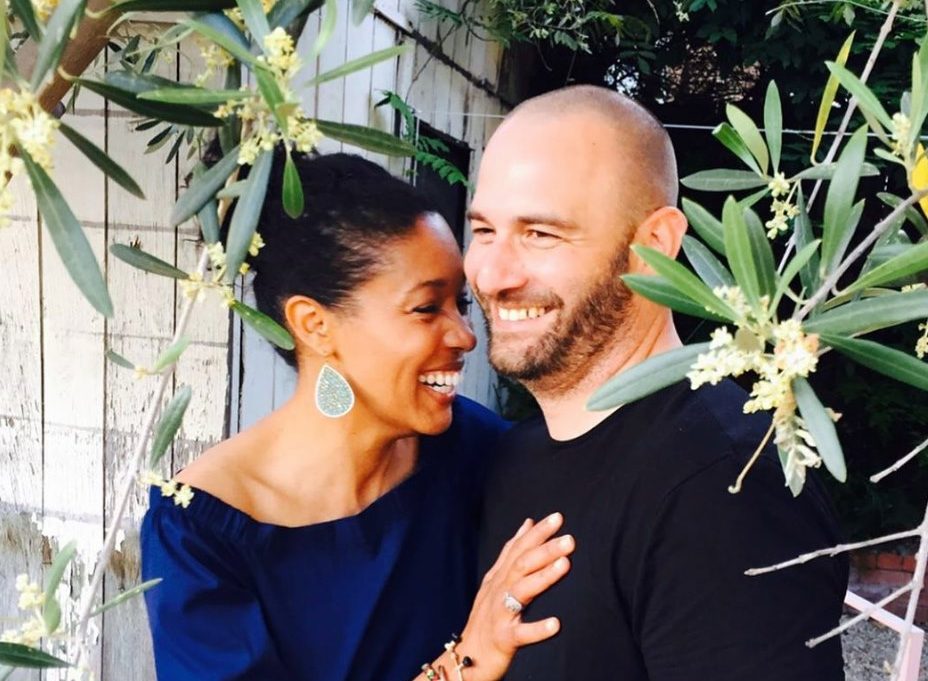 Netflix’s ‘From Scratch’ is the story of love and loss experienced by Amy Wheeler, who falls in love with Lino, a Sicilian chef who moves to America to be with her. Things go great for them for a while, but then Lino’s illness changes everything. After his death, Amy breaks completely, and only her love for her daughter gets her out of bed and into the world. Going through the unimaginable loss of her husband, she connects with his roots to feel closer to him.

Before his death, Lino had asked Amy to live her life and fall in love again. But to Amy, it feels impossible to love someone else after him. The show is based on the real-life of Tembi Locke, who also lost her husband, Rosario “Saro” Gullo, to cancer. She recounts her grief and heartbreak in her memoir, which serves as the inspiration for the Netflix series. If you are wondering whether Tembi found love again and if she is married now, then here’s all you need to know about her.

Who is Tembi Locke’s Husband Today?

Tembi Locke’s first husband, Rosario “Saro” Gullo, died in 2012 after a long and hard battle with cancer. While she still holds his memories close to her heart, she has moved forward with her life. Around 2016, she met a man named Robert, and while initially hesitant to open her heart to a new possibility of love, Tembi found that he was the perfect person to rebuild her life with. They got married in July 2020. Because it happened in the middle of the COVID-19 pandemic, it was a very intimate ceremony, with only the couple and Tembi’s daughter, Zoela, in attendance.

The rest of the family members attended it through Zoom, and Tembi’s father officiated the wedding. Tembi has talked about how while grieving her first husband, she found the space and support needed to pursue a relationship with Robert. He read ‘From Scratch’ to understand her equation with Saro and also took his time to develop a bond with Zoela. Talking about the initial stages of their relationship, Tembi described the complexity of a relationship where someone else already occupies an irreplaceable position in their partner’s life.

In a conversation with Lemonada Media podcast, Tembi explained, “So you have to decide, is that a field you want to walk into and be within and feel like you can move around and talk about or not?” Fortunately, things worked out with Robert. She “was drawn to his openness, his intelligence, and infectious curiosity.” After dating for four years, the couple wanted to tie the knot when the COVID-19 pandemic struck. At first, they considered delaying it, but they eventually settled for a Zoom wedding. Tembi had her doubts about a ceremony where their family couldn’t be with them in the same room.

Despite the obstacles, the wedding “exceeded her wildest expectations” and “ended up being incredibly, strangely intimate.” “I love having family around, I love having friends, and so it felt like it just wouldn’t be as special, and yet the idea of being in limbo and postponing it indefinitely also didn’t feel well. And so the three of us — my daughter, my new husband, and I — got together and we decided you know what, it’s about making the commitment to each other, and so we said let’s just go for it,” Tembi told Spectrum News 1.

Tembi shares a lot of pictures with her husband and her feelings about him on Instagram. However, she has kept the details of their life together private. As Robert is not on social media, very little is known about his professional and personal life. Tembi has talked about him in some of her interviews and described him as kind and compassionate. Considering that Tembi is a public figure, and after the release of ‘From Scratch,’ both the book and show, a lot of things about her personal life are already a matter of public scrutiny, it makes sense that she and Robert would want to keep their private life away from the limelight.

Read More: Is From Scratch’s Lino Based on Tembi Locke’s Husband? How Did He Die?