Where is From Scratch’s Amy Now? Update on Tembi Locke 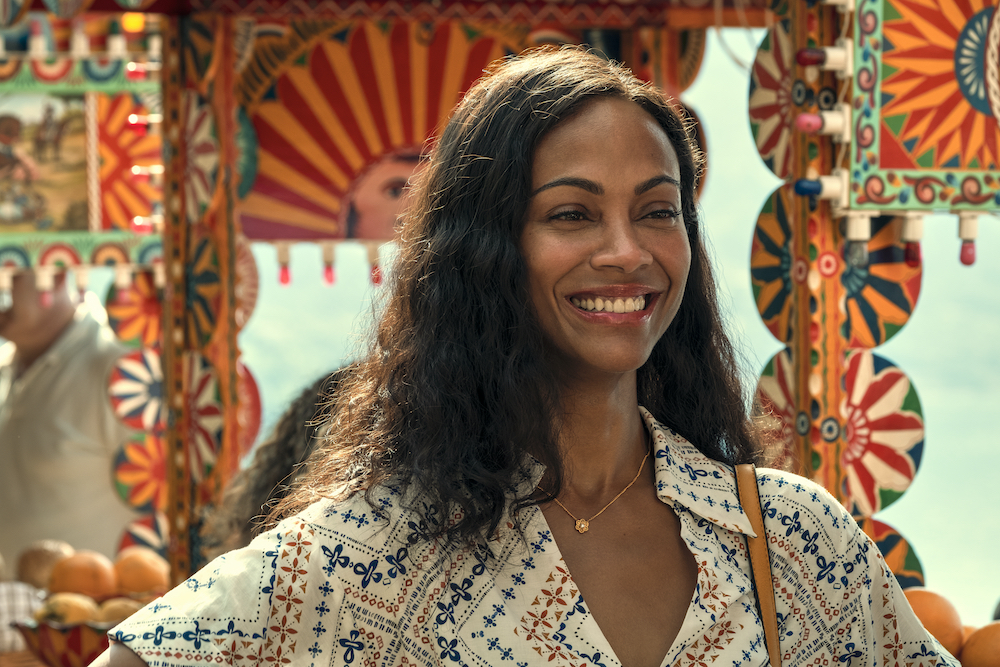 Netflix’s ‘From Scratch’ follows the story of a woman named Amy Wheeler whose life is changed after she goes to Italy. She leaves behind a career in law to pursue the dream of being an artist and spends a few months in Florence studying art. This is where she meets Lino, a Sicilian chef, and falls in love with him. The show follows their romance as they move from the dreamy streets of Florence to the trying life in Los Angeles where they both chase their dreams.

Things get more difficult for them when Lino is diagnosed with cancer. Amy shows a lot of courage and strength in the face of all the challenges that come her way. Her struggles, be it in her romantic life, her career, or her family, are very realistic and relatable. If you are wondering whether her life and story are based on a real person, then here’s what you should know about her.

Is Amy Based on a Real Person?

Yes, Zoe Saldana’s Amy Wheeler in ‘From Scratch’ is based on another actress, Tembi Locke. The show is inspired by Locke’s memoir of the same name and depicts her love story with Rosario “Saro” Gullo. The couple first met in Florence, walking down a street, much like the meet-cute between Amy and Lino. Locke said that it was love at first sight for Saro. “And, I always thought that was so cliché. But he often told that story of like ‘I just knew’ and I was all like, ‘are you kidding me? How did you just know?’ He’s like, ‘No, no, no, I knew,” she said.

While it was the beginning of a passionate romance for them, the differences in their cultural backgrounds posed some challenges when it came to their families. Saro was from Sicily while Locke was born and raised in Houston, Texas. Saro’s parents disapproved of their marriage and didn’t attend their wedding. It wasn’t until his diagnosis that they finally reconciled. Tembi Locke and Saro lived in Los Angeles where she pursued a career in Hollywood while Saro worked as a chef. In 2002, he was diagnosed with a rare form of soft-tissue cancer.

While Locke cared for him, the couple also adopted a daughter, Zoela. Saro died in 2012, following which Locke wrote her memoir. In bringing her story to the screen, the protagonist’s name was changed to Amy. Unlike Locke, Amy is an artist and her career follows a different trajectory. The show also made some changes in the characters of Amy’s family, for example, her sister, Zora is a teacher, while Locke’s sister Attica is a writer and producer. While there are differences in their real-life careers, the relationships between them and the core of their characters remain quite close to their real-life counterparts.

Where is Tembi Locke Now?

Tembi Locke lives in Los Angeles, with her husband, Robert, whom she married in the summer of 2020. Because they tied the knot in the midst of a pandemic, their family attended the ceremony via Zoom, and Locke’s father officiated it. Their daughter, Zoela, was also present at the wedding. Known for her work in movies and TV shows like ‘Never Have I Ever’, ‘Windfall’ and ‘Eureka’, Locke speaks fluent Italian, is an urban homesteader and is a gourmet cook.

Locke is a TEDx Speaker and talks about “healing after loss, reclaiming your personal narrative, everyday resilience, creativity, and the deep belonging found through human connection”. She serves as an ambassador and an advocate for organizations that are dedicated to bringing change and awareness in society, especially when it comes to arts and caregiving. In 2015, Locke created ‘The Kitchen Widow’, for which she also serves as an executive producer. It is “an inspirational online platform dedicated to raising awareness about how we can support each other through times of illness and grief.”

Through this, and other ventures, Locke hopes to “inspire people to love more deeply, embrace resilience, and honor the fundamental humanity that connects us all.” About the difficult battle with her husband’s cancer, she said that the challenges in their path only deepened their love for each other. “Our friendship became deeper and greater because we got to see parts of each other that we might not have been asked to step forward but for the illness. I think he’s smiling back on us today,” she added.

Read More: Is From Scratch’s Lino Based on Tembi Locke’s Husband? How Did He Die?