Dirty John: The Betty Broderick Story Episode 3: Everything We Know 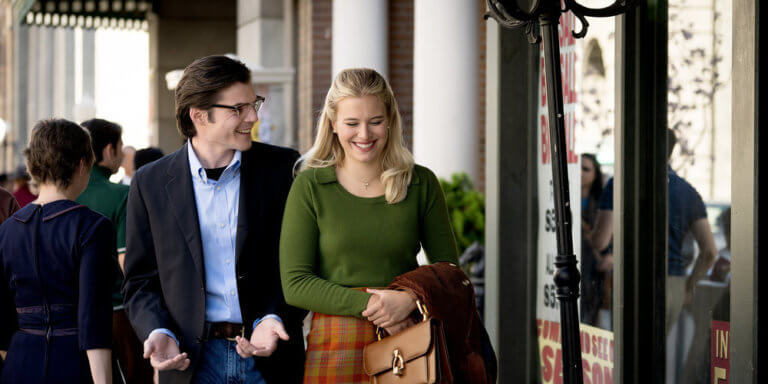 As the title suggests, ‘Dirty John: The Betty Broderick Story’ puts the spotlight on the acrimonious and deadly divorce battle of Betty and Dan Broderick. Ripped straight from the headlines, the second season of Alexandra Cunningham’s anthology series ‘Dirty John’ premiered on June 2, 2020. The first episode showcases how the malpractice lawyer Dan estranges himself from Betty after years of being married, for a younger woman, Linda.

It sends Betty into a downward spiral, and she damages Dan’s property and leaves abusive messages on his answering machine. As a result, she is forced to spend a week in a psychiatric facility and also loses custody of her children. Enraged on seeing her life being torn apart by her husband, Betty puts a bullet in Dan and confesses to the murder. Episode 2 takes us along multiple timelines, depicting the love story of the couple. Check out the detailed recap in the end. You must be wondering about what goes down in ‘Dirty John’ season 2 episode 3? Well, we are here to help you with that.

‘Dirty John’ season 2 episode 3 will release on June 9, 2020, at 10 pm ET, on USA Network. The show follows a weekly-release format, and a new episode drops every Tuesday.

You can watch the ‘Dirty John’ season 2 episode 3 by tuning to USA Network at the above-mentioned time. You can also catch the show on USA Network’s official website and the USA Network app. If you don’t have a cable subscription, you can stream the show on Fubo TV, Hulu, DirecTV, and Sling TV. You can also purchase the episodes on Amazon Prime. The previous season is available to watch on Netflix.

‘Dirty John’ season 2 episode 2 is titled ‘The Turtle and the Alligator.’

The episode features flashbacks to encapsulate Dan and Betty’s one-sided relationship, showcasing that Betty has always been the supportive and understanding partner to Dan’s cold-hearted, immature, and selfish nature. In the present day, the Homicide Detective stands in the witness box, narrating the events that transpired on November 5, 1989. Throughout the episode, Betty and Dan’s friends, family members, and co-workers take their chances to testify in court.

During the trial, we learn about Betty’s difficult childhood and how she has never actually received her parents’ compassion and love. In another flashback, we meet a young and charming Dan, as he woos the vulnerable and sweet Betty into being his girlfriend. After dating for a while, the two tie the knot, and trouble ensues. Dan never acknowledges his responsibilities as a husband. Instead, he puts all the burden on Betty’s shoulder whenever the going gets tough, whether financially or physically. Dan declares he wants to pursue law after putting so much money and hard work into obtaining a medical degree.

Although reluctantly, Betty agrees, and they move to Boston with their kids. Betty exerts herself by having babies after babies for Dan’s sake, and even loses a baby. She finally pleads Dan to allow her to undergo an operation. The episode throws light on the fact that since the beginning, Betty has sacrificed everything to be a “perfect” wife to Dan, who goes on to cheat her and marry another woman. The detective also reveals that out of the five bullets that Betty fired from her gun, one hit Dan, and the other killed Linda.