Do Chuck and Blair End Up Together in Gossip Girl?

After the first few times, every instance Chuck Bass and Blair Waldorf fight and turn their backs on one another, the fans instinctively know that it is only a matter of time before they would be pulled back together. Surprisingly, the creators of ‘Gossip Girl’ did an incredible job ensuring that the viewers felt the same plunging feeling at the end of each plotting and bickering session, which sometimes even led to physical altercations. Based on a novel by the same name written by Cecily von Ziegesar, the American teen drama series won millions of hearts for its honest depiction of love and its messy ways.

It premiered on September 19, 2007, on The CW. It spawned six seasons and 121 episodes and earned numerous accolades, including 18 Teen Choice Awards. Ever since its conclusion on December 17, 2012, the viewers had been imploring for a second part, and fortunately, their prayers have been answered. Releasing in 2021 on HBO Max, the sequel series would likely focus on a new cast of characters in a parallel universe. The original series was set in Manhattan’s Upper East Side and skillfully left the audiences wondering at the end of each episode about the fate of its central characters – Chuck and Blair.

Do Chuck and Blair End Up Together?

Chuck Bass (Ed Westwick), is a foil to the atypical male lead of any fictitious work as he does not showcase chivalry or even a kind heart at the start of the first season. The son of New York’s real estate mogul, he is unabashedly manipulative and hedonistic. Leighton Meester impeccably essays the character of Chuck’s childhood friend, Blair Waldorf, who is no better. She is an NYC socialite and overly ambitious to the point of a fault.

The two briefly date after he brings out the safely hidden wild side in her, which ends up in a steamy make-out session in the back of a car. Despite all their emotional trials and tribulations, it would have been torturous to see them with anyone other than each other. By the end of the series, the two damaged people somehow fix each other and perfectly fit the cracks. Long story short…Yes! Chuck and Blair end up together in the most beautiful way.

The first season entails the UES Queen Bee cheating on her boyfriend, Nate, with his best friend, Chuck, which leads to a heated drama and an eventual love triangle. Acknowledging “real” feelings for each, they plan to take it forward, but unfortunately, he fails to turn up for the scheduled date. Due to this, Blair and Chuck enter into the second season with a love-hate relationship between them. The loss of his father, Bart Bass, exposes his vulnerable side to the formerly angry Blair, and she whole-heartedly offers him her support. 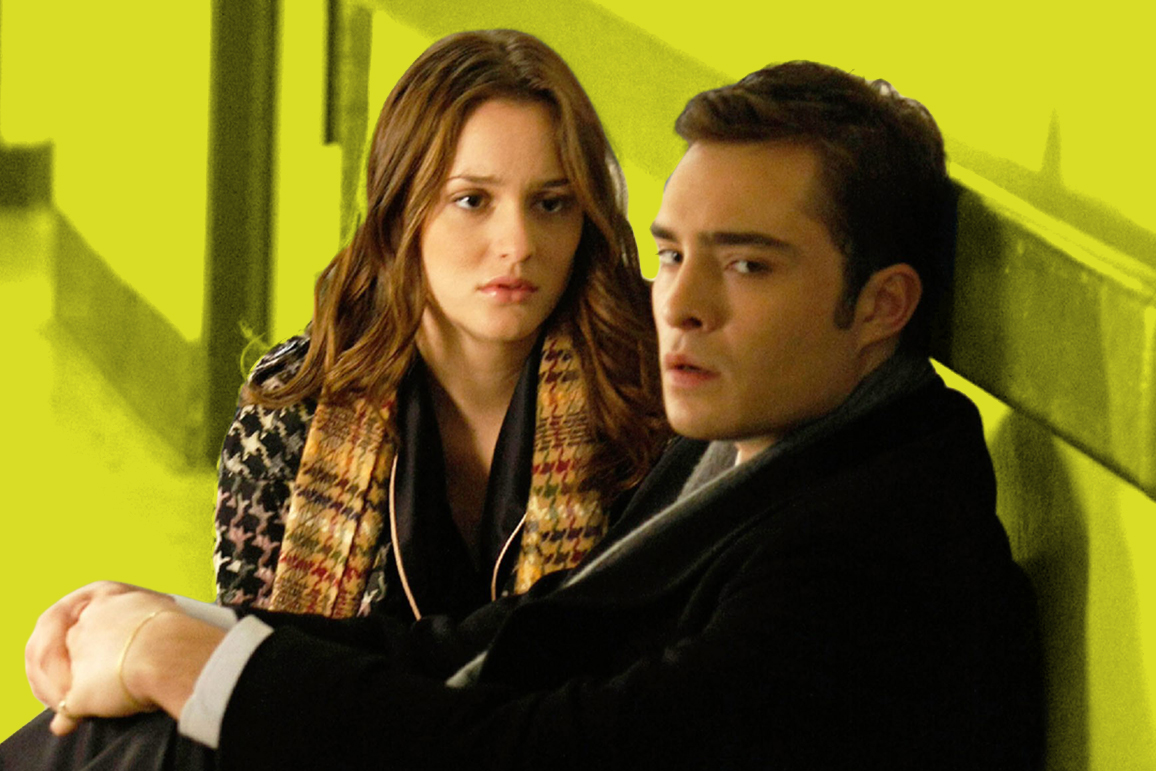 The second edition of the American teen drama concludes with both sleeping with different people but crawling back to one another at the end of the day. From the start of season 3, Chuck and Blair officially begin their relationship. But far from this tying them down to one another or proving as an emotionally sobering experience, their union centers around the meanest form of manipulation, toxicity, physical violence, and fraudulent behavior.

At one point, despite being abandoned and feeling deeply hurt, all Blair asks of him is to express his true emotions by saying the “three words, eight letters.” There are moments when those sincerely rooting for them wish otherwise. Yet, those around Chuck and Blair know that there is no-one the two would rather be with. From being his “toughest critic” to adoring him to pieces, Blair truly remains his one constant.

As impractical or even cringe-worthy some of the episodic drama may have been, fans surely cried ugly tears at the scenes where Chuck and Blair fervently expressed their love for each other after fighting all the odds against them. Their heart goes out to Chuck after he graciously accepts his girlfriend’s unborn baby despite knowing that he is not the father and promises to love the child as much as he loves her. While things hardly seem to go right for the two, the on-again-off-again couple finally heads towards the altar in the penultimate episode. 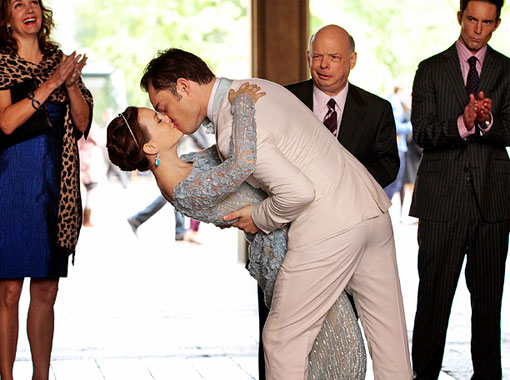 Their wedding is quintessentially a reflection and an apt conclusion of their ever-bumbled relationship. The scene fast-forwards to 5 years later, as Chuck picks up their handsome baby-boy, Henry, and swings him in his arms. The presumably contented wife and mother, Blair smiles and proves that all is, after all, well between them. Famously articulated in season 2, the love they had for each other consumed them, and that’s exactly how the fans feel as the show comes to an end!