Do Eloise and Theo Sharpe Marry in Bridgerton? 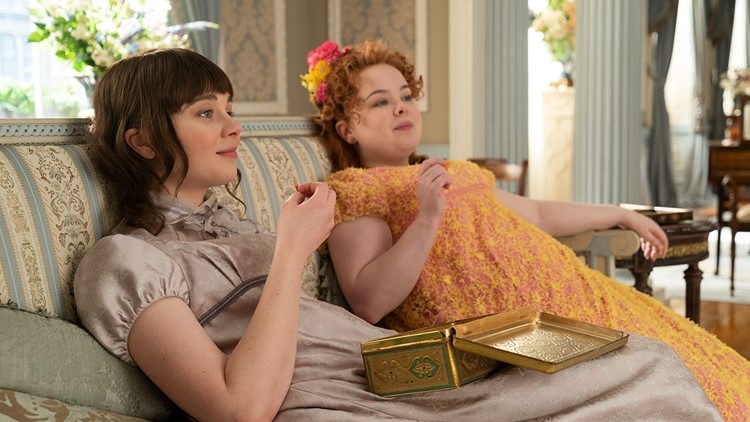 ‘Bridgerton‘ season 2 once again delves into the colorful and frenzied wedding season of the Ton, with eligible suitors and ladies queuing up to find the perfect match. Of course, some are more willing participants than others in the sophisticated pageantry. Eloise, the second eldest Bridgerton daughter (after Daphne) and the fifth eldest sibling overall, is clearly not one for ceremony or romance, having spent most of season 1 belittling her sister’s efforts to find a suitor.

However, season 2 finds the 18-year-old on the cusp of a romance with a truly unexpected character named Theo Sharpe. So do the sparks actually fly between Eloise and Theo? Let’s find out. SPOILERS AHEAD.

Do Eloise and Theo Sharpe Get Together?

Season 2 finds Eloise, having come of age, becoming a staunchly unwilling participant in the wedding season. To her relief, her presentation to the Queen is interrupted, and that is the last that the young Bridgerton endures of the pageantry. She then delves into her mission of uncovering the identity of the notorious gossip writer Lady Whistledown and follows the trail to a printer’s shop in a seedier part of town.

Finally locating the establishment where Lady Whistledown gets her infamous pamphlets printed, Eloise comes face to face with Theo Sharpe, the apprentice of the print shop owner. Their first interaction is rocky, with Theo hinting that a person of Eloise’s standing could never know the troubles of a commoner. Subsequent meetings are equally argumentative, but the two develop mutual respect for the other, with Theo visibly surprised to see Eloise at what appears to be a rally or performance for female rights.

Eloise, in turn, learns that Theo has some significantly progressive thoughts himself, and the two get increasingly comfortable with each other (or as comfortable as an unfamiliar young man and woman can be in the 1800s). Near the end of season 2, as Eloise desperately sifts through a stack of Whistledown’s pamphlets, she and Theo share a tender moment, and it appears as if they might kiss. The spell soon breaks, however, and Eloise leaves before anything happens.

Though we don’t see Theo again in season 2, there is definitely something there, and we might see a little more of a dynamic develop between them in future seasons. For now, however, Eloise and Theo are not together and haven’t seemed to have met since they shared a “moment.”

About her character’s potential romantic interest, Claudia Jessie, who essays the second Bridgerton daughter, said that it was very interesting to watch someone like Eloise (a staunch intellectual) have romantic feelings. The attraction between Eloise and Theo, Jessie said, is because the former seems to have found someone she can have a back-and-forth with and is very cute indeed.