Do Emily and Alfie End Up Together in Emily in Paris Season 2? 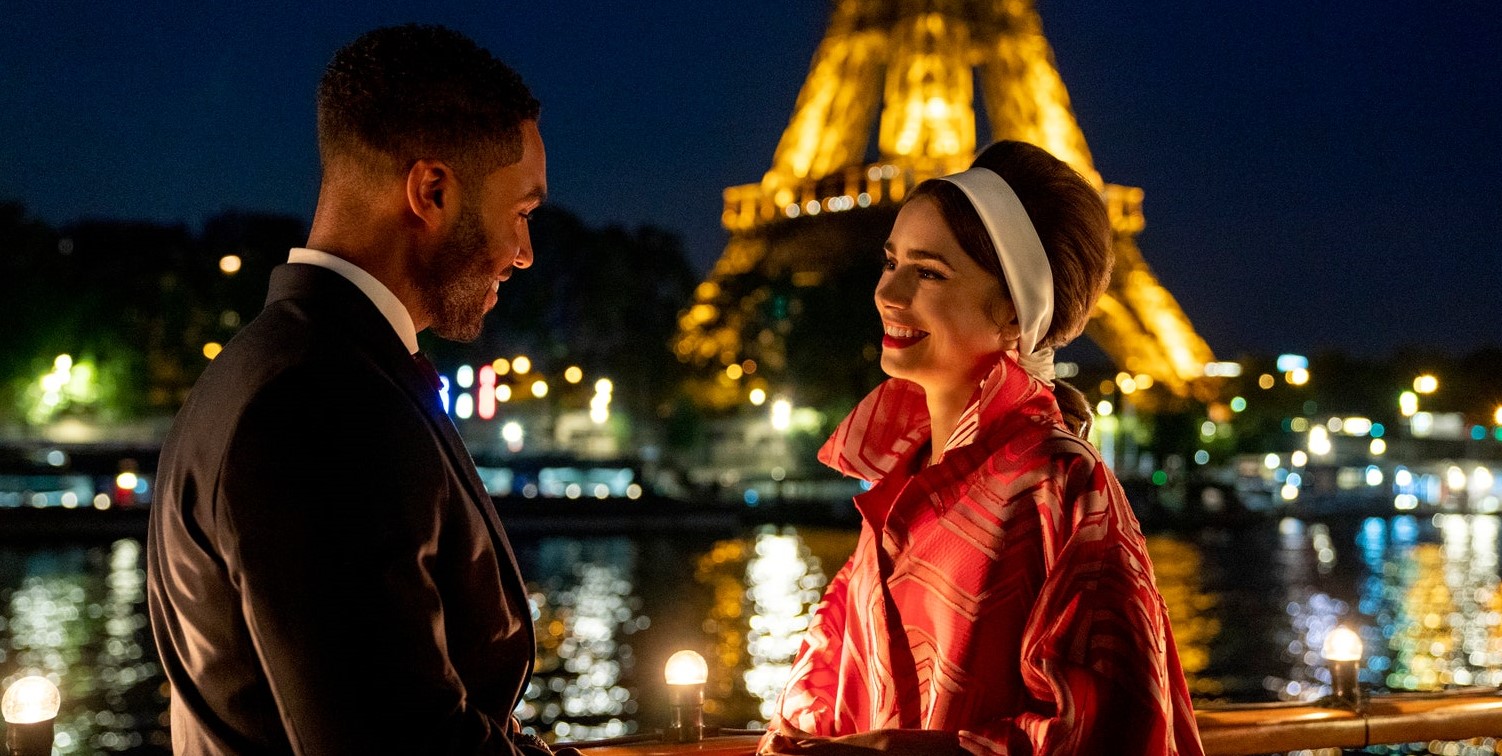 ‘Emily in Paris,’ Darren Star’s romantic-comedy drama for Netflix, focuses on the chaotic but exhilarating work and love life of Emily Cooper (Lily Collins), an American in Paris. A marketing executive by profession, Emily constantly rubs shoulders with good-looking fashion designers, perfumers, chefs, and photographers who are used to sophistication, luxury, and passionate affairs.

In season 2, we see how Emily’s uneasy romantic dynamic with Gabriel (Lucas Bravo) temporarily damages her friendship with Camille (Camille Razat). However, soon, a new love interest emerges in Emily’s life and gives her some much-needed distraction, solace, and happiness. In her French class, she slowly warms up to the sarcastic Alfie (Lucien Laviscount), a banker from London who dislikes Paris and the French language. Soon, the two start dating and exploring the city’s pubs together. However, in the finale, Emily’s life is turned upside down, both romantically and professionally. So, does she end up with Alfie after all? Let’s find out. SPOILERS AHEAD.

Do Emily and Alfie End Up Together?

We first meet Alfie (short for Alfred) in episode 4, when Emily avoids sitting next to him due to his obviously unfriendly demeanor. However, later in the same episode, she’s forced to take the seat by his side in order to avoid Petra, the shoplifter. Then, in episode 5, Emily and Alfie are required to interview each other for class. However, Alfie barely puts in any effort because his company is forcing him to attend these classes — he doesn’t actually have an obligation to try. To Emily’s annoyance, Alfie calls their French class the “linguistic equivalent of traffic school.”

Although their relationship is initially wrought with mutual irritation, Emily and Alfie soon become close. They show up happily drunk to class in episode 7, and later, due to the heatwave, go to his apartment for the air conditioning. There, the two have sex. Soon, Emily and Alfie begin to go on dates and the latter also warms up to Gabriel, Camille, and Mindy. Emily even takes Alfie to all of her work parties.

In the finale, we see Sylvie, Julien, and Luc resigning from Savoir, much to Emily’s shock and Madeline’s delight. Later, a distressed Emily explains her situation to Alfie, who listens patiently. Then, unable to contain himself much longer, Alfie reveals that he was supposed to go back to London a week ago. He stayed just for Emily, but now he truly has to go back because his work project is concluded.

However, Alfie tells Emily that he wishes to pursue a long-distance relationship with her. He explains that they can meet on weekends; Emily can plan the logistics and even make color-coded schedules. Emily seems happy with his proposition and agrees; the two kiss. Thus, Emily and Alfie are clearly together at this point.

Later, Mindy convinces Emily to not hide her true feelings for Gabriel when the latter accidentally says that she’s “in love with her friend’s boyfriend.” Thus, Emily rushes to Gabriel’s apartment and starts confessing her love for him. However, she stops halfway when she realizes that Camille is in his apartment, unpacking. An unsuspecting Camille removes her earphones, hugs Emily, and informs her that Gabriel has asked her to move in with him as the two are now back together.

Emily pretends to be happy for them, leaves the building, and starts crying. She then calls Sylvie to tell her that she has made her decision (pertaining to her job). So, at the end of the second season, we are unsure of how Emily will proceed with Alfie. She truly enjoys his company and did promise him that they could try out a long-distance relationship. However, she clearly loves Gabriel; she even told him that Alfie isn’t the reason why she’s not dating him.

It is thus possible that Emily will continue to date Alfie for some time to get Gabriel out of her mind — she might even start to love the hotshot banker with his dry wit and surprisingly romantic attitude. Of course, we wouldn’t be surprised if Emily decides to embrace singlehood in Paris and stay away from men altogether. It will also be understandable if she breaks up with Alfie since it is unfair to use him as a romantic rebound of sorts. Thus, in the finale, Alfie believes that he and Emily are together whilst Emily seems to be unsure about the status of their relationship.