Do Miguel and Sam End Up Together in Cobra Kai Season 4? [Spoiler] 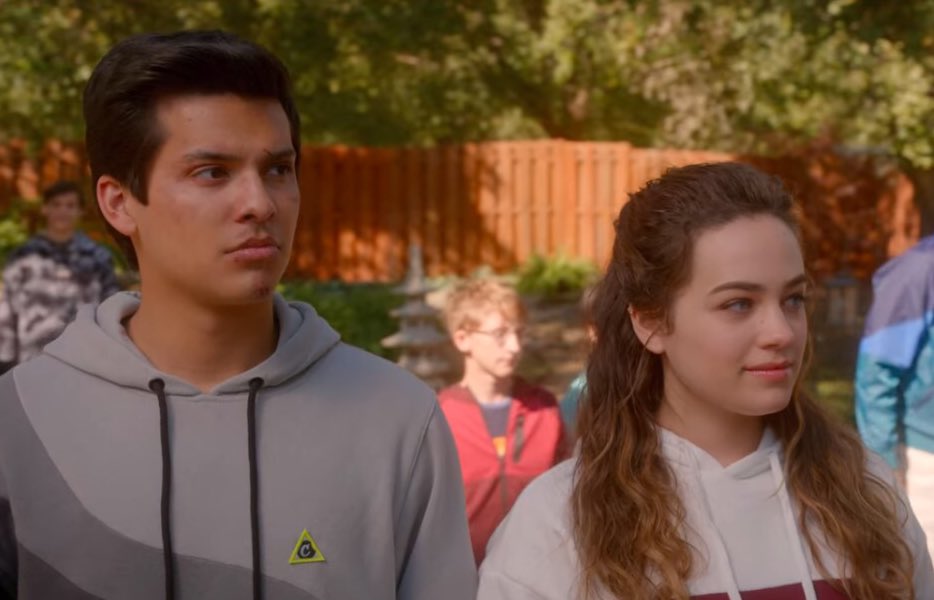 Young-adult romance has always served as one of the main plot devices in ‘The Karate Kid’ franchise, and ‘Cobra Kai’ has continued this tradition by introducing complex dynamics between the four main young characters — Sam (Mary Mouser), Miguel (Xolo Maridueña), Robby (Tanner Buchanan), and Tory (Peyton List). In the course of the series, the dynamic shift back and forth, and relationships form and break and then form again.

At the start of the series, Sam is in a relationship with Kyler (Joe Seo), the school’s notorious bully. After Kyler spreads nasty rumors about Sam, Miguel comes to her defense and beats Kyler and his friends in a fight. He and Sam subsequently start dating, but their relationship suffers when Miguel takes advantage of Robby’s injury in the final match of the All-Valley Karate Tournament. In season 2, while Sam and Robby grow close, Miguel meets Tory, a volatile new addition to Cobra Kai. After the school brawl that leaves Miguel on life support, Sam starts to gravitate toward him once more. By the time season 3 ends, they are back together. If you are wondering whether Miguel and Sam end season 3 as a couple, we got you covered.

Do Miguel and Sam End Up Together?

The relationship between Miguel and Sam seems to become somewhat stagnant in this season. Both characters try to deal with their evolving identity, which affects their relationship. After defeating Tory during Cobra Kai’s attack on her home and overcoming her trauma, Sam has become more assertive in her life and thinks that her father’s teaching isn’t enough to help her take on Cobra Kai. When Miyagi-Do and Eagle Fang merge following the events of the season 3 finale, she is soon drawn to Johnny’s lessons, who implores his students to approach both life and karate head-on.

Miguel and Daniel discover in season 3 that they have quite a few things in common. Their relationship continues to develop in this season. Daniel becomes one of Miguel’s senseis, and the latter’s easy-going personality perfectly fits the Miyagi-Do style of karate. This theoretically should have brought Miguel and Sam closer, but they seem to be drawn in the opposite directions. After Daniel and Johnny let their egos get the best of them, they decide to split the dojos. 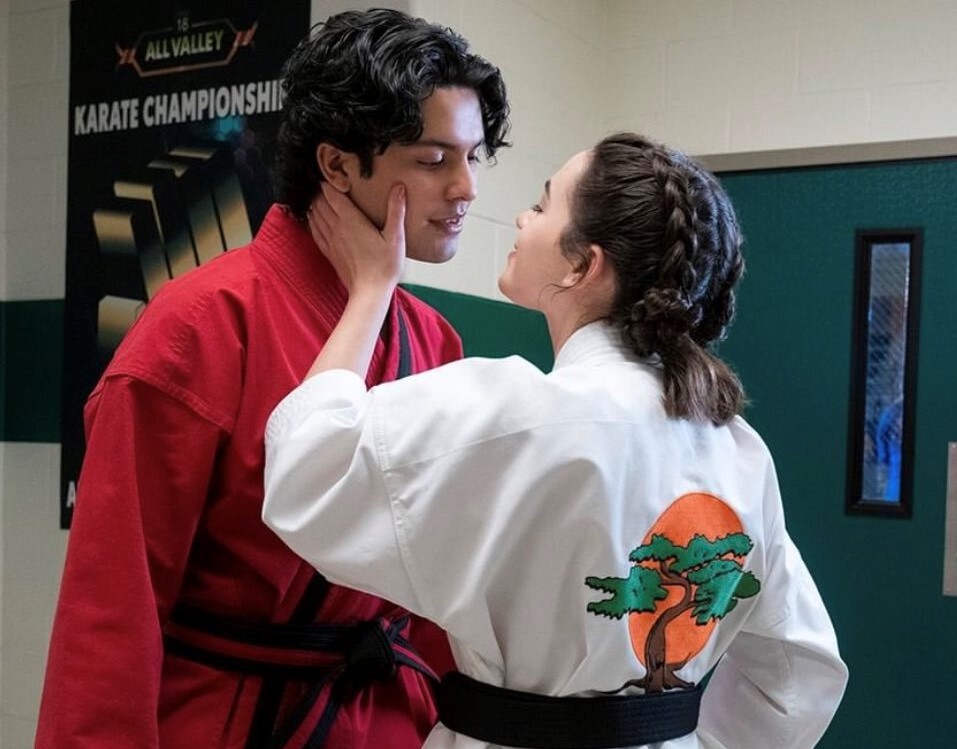 Miguel and Sam continue to date and attend the prom together. But the evening turns out to be a disaster for both of them when Robby and Tory show up. Miguel and Sam become angry, frustrated, and even jealous. Although their teachers have told them not to fight until the tournament, the four of them end up in a scuffle. Miguel and Sam fall into a swimming pool and later unleash all those negative emotions on each other.

When the tournament comes, they are still together, but the identity crisis that each of them is dealing with becomes a much more pressing issue than their relationship. Sam combines the teachings of Daniel and Johnny and still loses to Tory, and it seems to have a devastating effect on her. Meanwhile, realizing winning the competition has become an obsession for Johnny, Miguel drops out and leaves to find his biological father, who doesn’t even know he exists. However, it seems that Miguel and Sam are a type of couple who always seem to find their way back to each other. So, while it appears that their roads have forked, but it’s probably temporary.