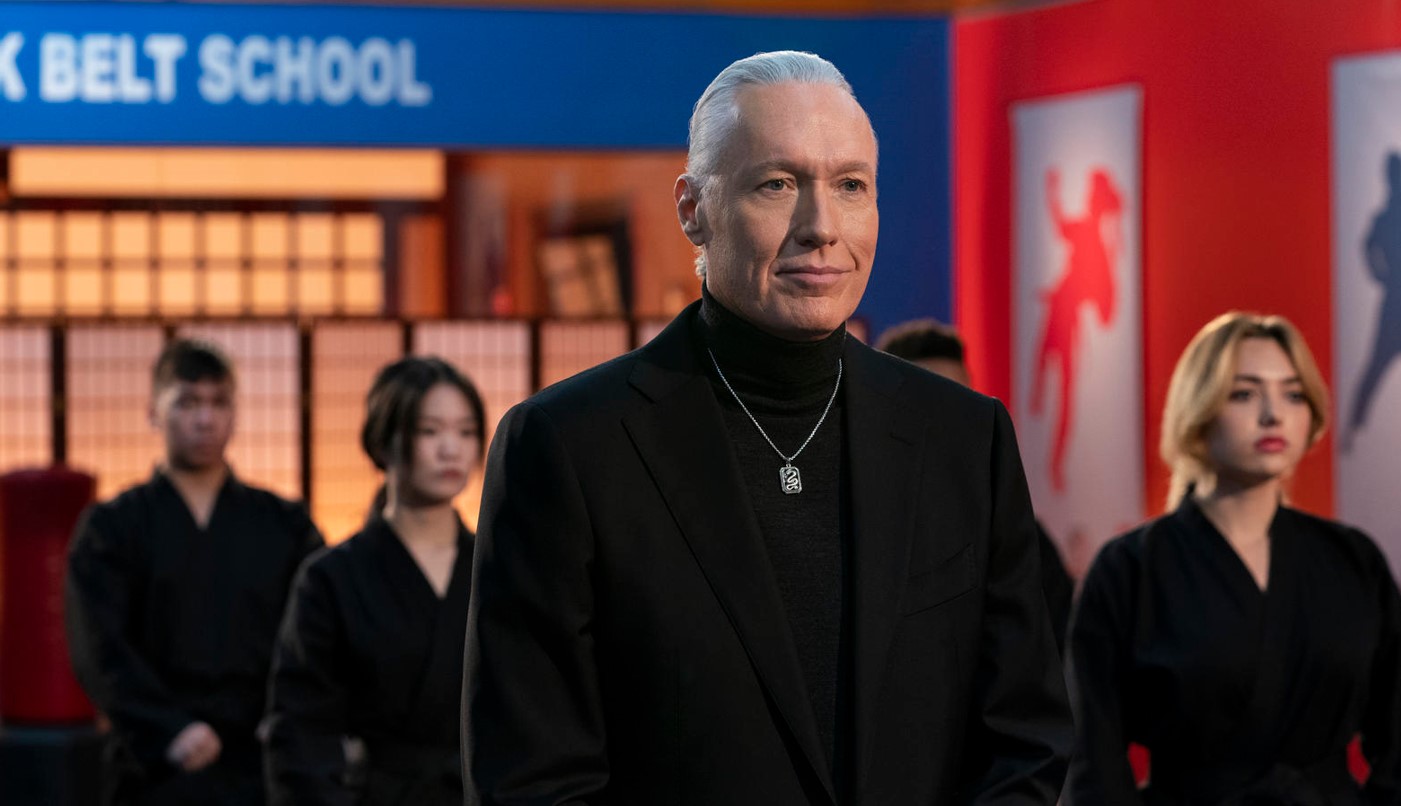 Netflix’s ‘Cobra Kai’ is a martial art comedy-drama series that serves as a spin-off and sequel to the iconic ‘Karate Kid.’ films. Set 34 years after Daniel LaRusso (Ralph Macchio) won against Johnny Lawrence (William Zabka) in the 1984 All-Valley Karate Tournament, Cobra Kai’ revolves around Johnny’s attempt to bring back the titular karate dojo. Initially, the central conflict in the story stems from Daniel and Johnny’s teenage rivalry, but as the series progresses, several villains from the original series start to reappear, including Terry Silver (Thomas Ian Griffith), who has previously served as the main antagonist in ‘The Karate Kid Part III’ (1989).

Silver is ruthless, charismatic, and unlike John Kreese (Martin Kove), significantly wealthy. In seasons 4 and 5, he proves to be more than a match for Daniel, Johnny, and their allies. However, by the end of season 5, events transpire that place Griffith’s involvement in the prospective sixth season into question. Here is everything you need to know about it. SPOILERS AHEAD.

What Happens to Terry Silver?

Terry Silver is the primary antagonist in ‘The Karate Kid Part III’ as well as the fourth and fifth seasons of ‘Cobra Kai.’ After failing to take on the combined might of Johnny and Daniel, John Kreese reaches out to his Vietnam War buddy, Terry Silver or “Twig.” Kreese and Silver founded Cobra Kai together, but Silver left the dojo and joined his family business after his father threatened to disinherit him. In the 1980s, Silver promised to help Kreese in his pursuit of vengeance against Mr. Miyagi and Daniel, but their plans ultimately failed, when Daniel won against Silver’s chosen competitor, Mike Barnes (Sean Kanan).

Years later, when Kreese approached him once more for help, Silver initially refused, claiming that he was not the cocaine-using rage-filled individual he used to be. However, Kreese’s visit ultimately did what it was supposed to — it reminded Silver of his past, and he once more teamed up with the man who saved his life in Vietnam.

Silver and his family seemed to have made their wealth in the waste management business. He uses his money and influence in Cobra Kai’s feud with Miyagi-Do and Eagle Fang Karate. Silver later pushes out Kreese as his partner by orchestrating Kreese’s arrest for assaulting a student.

In season 5, Cobra Kai is stronger than ever under Silver’s leadership. After realizing the ineptness of the local instructors, he brings Kim Da-Eun, the daughter of his and Kreese’s former Tang Soo Do master, and her team to Los Angeles. They begin preparing the students of their sprawling dojo chain for Sekai Taikai, an international but little-known karate tournament. Although Cobra Kai secures a spot in the tournament, Silver is ultimately defeated by Daniel in a fight. Students of Cobra Kai quit in drove after his defeat and after learning that he paid off the referee during the 51st All-Valley Karate Tournament. Moreover, the police arrest him after the student mentioned above reveals the truth about what really happened.

If all these are taken together, it seems to signify that Griffith is making his departure from the show after the fifth season. However, a point to be noted here is that neither Griffith nor the series creators have said anything in this regard as of September 2022. The sixth season hasn’t been greenlit yet, but according to Macchio, they have already filmed scenes that might be used for season 6.

“There’s stuff that they wrote in Season 3 that didn’t happen until Season 4 ’cause there wasn’t any more room in Season 3. There’s stuff that was in Season 5 that we know we shot that is being held for the future if we get that green light, so there’s more to come, we hope,” Macchio told ComicBook in September 2022.

In multiple interviews, Griffith has stated how much he enjoys portraying Terry Silver. “I am having a blast. It was a gift as an actor to be able to come back and reprise this role,” he told CBR in a September 2022 interview. “They took this over-the-top character and brought all these new colors and dimensions to him, which you could tap into. You could understand him, and you could find things that you could relate to and especially those sprinkles of truth he has in his madness, which is just so much fun to play.”

The creators of ‘Cobra Kai’ have always loved to shuffle around their cast. Several characters might take a backseat in one season, but they are often brought back to the front in the next. With how things have turned for Silver, there is a chance that he might not appear in the prospective sixth season, but that doesn’t mean that Griffith will be gone forever. He is a magnificent villain, and his story might not just be over.