Do Naru and Taabe Die in Prey? [SPOILER] 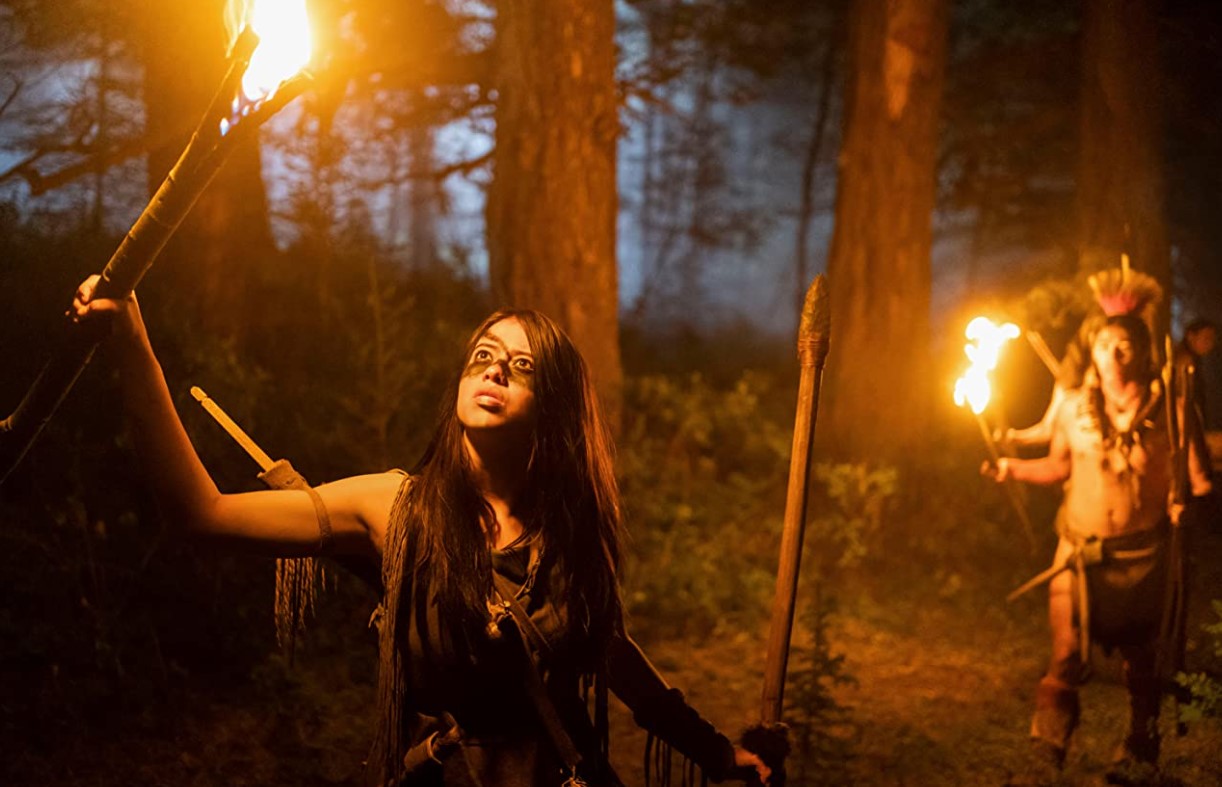 Set in the Northern Great Plains in the 18th century, Hulu’s ‘Prey’ is the fifth entry in the ‘Predator’ franchise. It is meant to reboot the entire film series. The story follows Naru (Amber Midthunder) and Taabe (Dakota Beavers), sibling hunters from the Comanche tribe. Naru is a gifted tracker, but other hunters don’t respect her simply because she is a woman. On the other hand, Taabe is regarded as the best hunter in their clan. We soon learn that he is regarded as such for good reasons. Taabe hunts and kills a cougar that had built a nest nearby, securing the safety of the clan. He is subsequently made the War Chief. However, Naru thinks that something else is out there and goes to find it. If you are wondering whether Naru and Taabe survive in ‘Prey,’ we got you covered. SPOILERS AHEAD.

No, Naru doesn’t die in ‘Prey,’ though she comes quite close a few times. Between the two siblings, she is the one who encounters the cougar first. She even weakens and traps the animal before falling and losing consciousness. Taabe later finds her, gets her back to safety, and ventures out again to kill the cougar. When Taabe is made the War Chief, Naru feels visibly jealous and decides to prove that there is another creature out there that spooked the cougar.

Not long after leaving her clan in search of the mysterious creature, Naru gets stuck in a swamp and nearly dies. After getting herself out of the swamp, Naru encounters a grizzly bear. She tries to kill it with her bow and arrows but fails. The grizzly comes very close to killing her instead, but her dog Sarii diverts the animal’s attention. Although Sarii manages to get Naru a short moment of respite, that isn’t enough, the grizzly returns and nearly kills her. But then the Predator arrives and kills the grizzly. However, it spares Naru’s life as it doesn’t consider her a threat.

After Naru is apprehended by other members of her clan, the Predator appears and kills them one by one. Naru once more survives. She is later captured by French fur trappers to seek her permission to use her name. when the first season ends., Naru has gained a solid footing in the world around her. She has killed the Predator using his own tools, and when she finally returns home, she is named the new War Chief.

Yes, Taabe dies in ‘Prey.’ When Naru sees him for the first time since leaving the settlement, they are both prisoners of the fur trappers. They open a large wound on Taabe’s chest and try to use him and Naru as baits for the Predator. They don’t realize that their enemy doesn’t hunt that way. While Naru and Taabe are left alone in the middle, restrained to a post, the Predator butchers nearly all the fur trappers. After freeing themselves, Naru goes to get her dog, while Taabe tries to find some horses. Taabe is eventually killed in a confrontation between the Predator and the siblings. Although Taabe and Naru initially gain the upper hand, the former recognizes that they will lose and tells Naru to run away. He sacrifices his own life to earn a few extra moments for Naru.

Read More: Who Were Prey’s Cody Greywolf Midthunder and Jim Myers? How Did They Die?