Do Revenge Post Credits Scene, Explained: What Happens to Max? 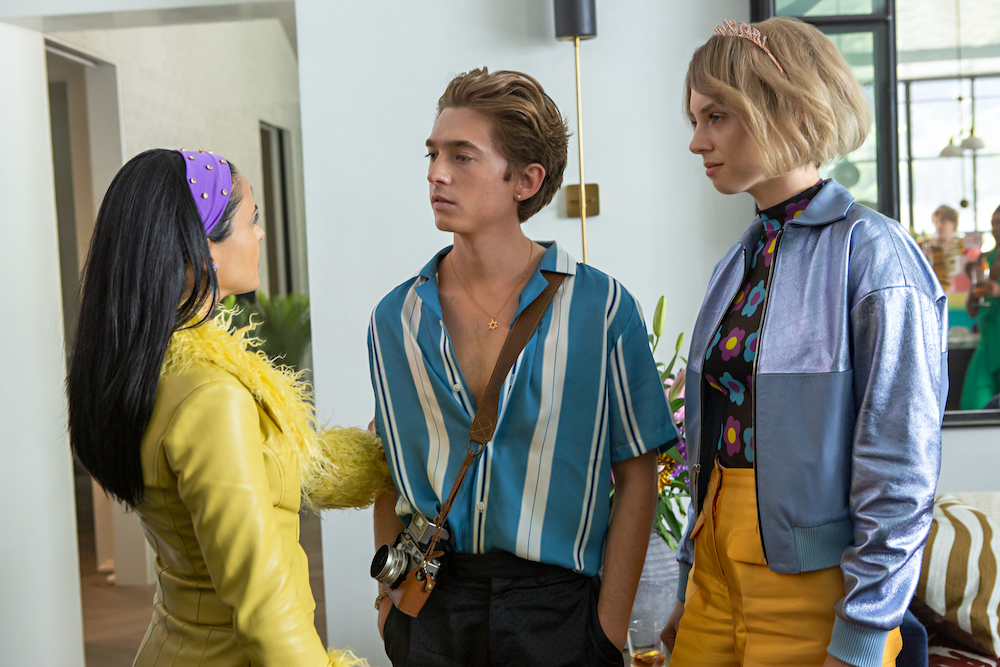 Netflix’s ‘Do Revenge’ is a teen drama with a Hitchcockian twist. Two girls, Drea and Eleanor, make a ‘Stranger on a Train’ kind of pact to make their bullies pay for ruining their lives. Things take a much darker turn by the end, and overall, it is a very eye-opening experience for both girls. After all is said and done, they come out of it with a much better perspective and resolve to become better people by working on the things that had made them terrible before. As the credits roll, we see that Drea and Eleanor have not only made peace with each other but also with Russ and Gabbi, respectively. They truly have grown from their experience. The same, however, cannot be said about Max, especially considering the post-credits scene. Here’s what it means for him.

Drea learns a lot of things during her time in high school, and the most important of those lessons is that rich kids like Max rarely face the consequences of their actions. No matter what atrocity they inflict on others, they somehow manage to twist things around and make the situation favorable for themselves. Max carries a streak of this entitlement throughout the film, and in the end, we find that nothing has really changed about him.

After he is exposed for the hypocrite and the misogynist that he is, all of Max’s friends decide to keep their distance from him, or at least, that’s what it looks like at the party. Drea and Eleanor succeed in filming his confession, which clearly states that Max had planned the entire video scandal to ruin Drea. Previously, he had managed to turn around things for himself, but this time, he has to face the consequences of his actions, though it doesn’t look like too hefty a price for him to pay.

In the post-credits scene, we find Max at a support group called “Masculinity Examined: How to Untangle the Toxic Roots of Patriarchy”. It looks like Max is finally accepting his flaws and is working to repent for his actions. When he actually begins to talk about it, we find that people like Max don’t change. It was established previously by Drea that Max is a narcissist, which is proven correct time and again when we find him turning everything that happens in the school into something about him.

When Drea’s video is leaked, she barely gets any sympathy from anyone. Max, on the other hand, is hailed as a survivor of a traumatic thing that happened to his girlfriend. The school magazine writes a cover article about it, discussing his vulnerability and his strength in the face of this horrible thing that happened to Drea. Similarly, Max creates the “Cis Hetero Men Championing Female Identifying Students League” for boys, which is an exclusive group of men who want to work on issues about women, without actually including them in it. This ridiculous hypocrite behavior continues throughout the film, and everyone seems to be feeding into that narrative.

Even Drea is not averse to turning everything about Max, even if it’s to hurt him. When she releases the chats about his secret affairs, she doesn’t stop to wonder if she is also releasing the private information of all the girls that he’d been cheating on. In the same vein, the entire situation becomes about Max, who fears that his reputation has been ruined, but gives no thought to the girls who must have been hurt by his actions. In the last scene, he carries on with this behavior.

At the support group, he says that he is happy to find people who see him, especially after everything he has been through. He pays no mind to the things he’s done and how he sabotaged Drea’s college prospects, ruined her reputation, and wronged so many other girls. He is hung up on the fact that all the bad things have happened to him, which proves that he is still the same old sociopath and narcissist that he was at the beginning of the film and is not going to change anytime soon.

Read More: Where Was Netflix’s Do Revenge Filmed?