Do the Four Horsemen Catch Clark and Amily at the End of God’s Favorite Idiot? 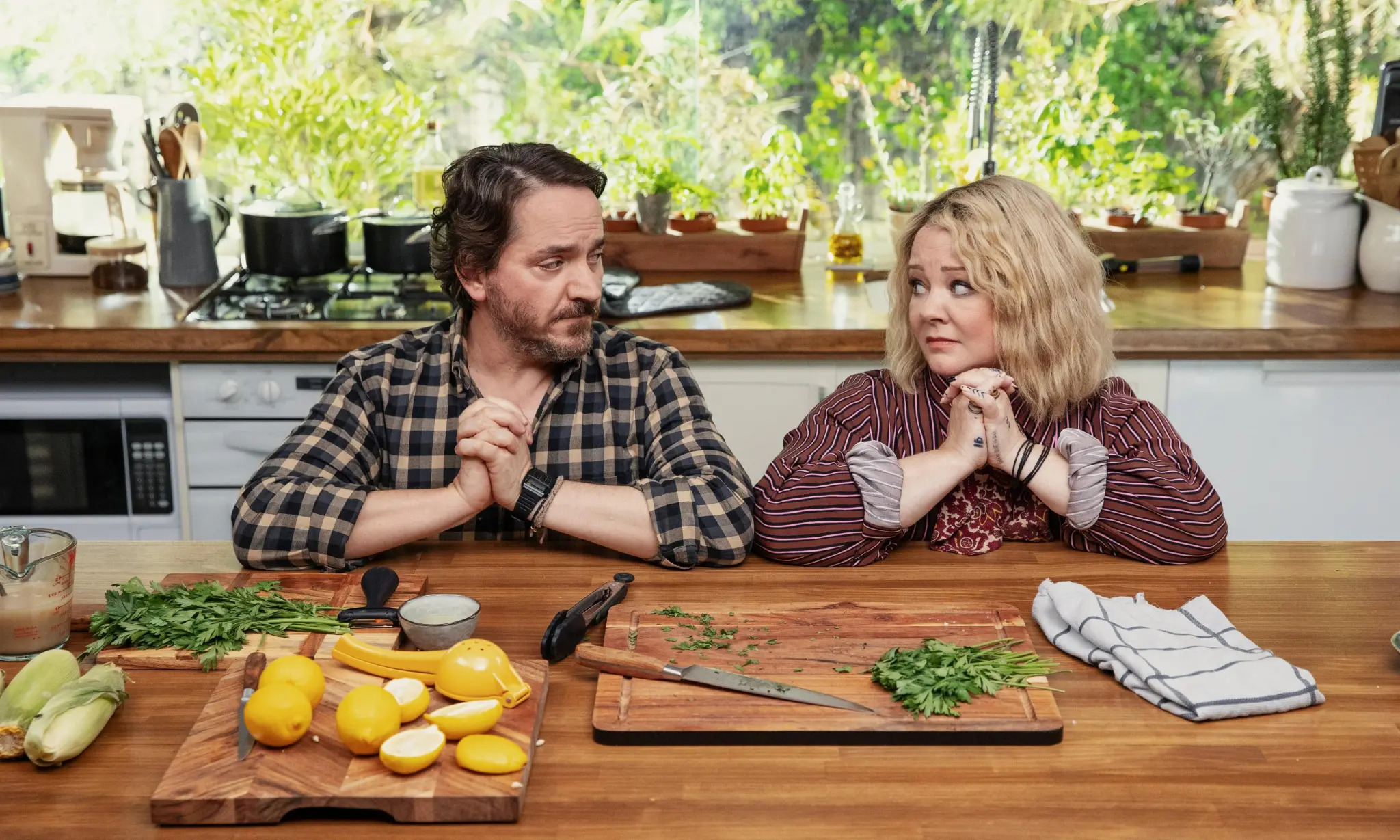 ‘God’s Favorite Idiot’ Season 1 introduces the world to Clark, a regular IT guy who is chosen by God to save the world. The story begins when he is struck by lightning and starts to glow. Things start to get weirder when he exhibits superpowers and discovers the presence of angels in the midst of humans. While this allows him to get close to Amily, the woman he has loved for a long time, it also puts him in a lot of danger. Satan wants to kill him, and by the time, he figures out a way to avoid her, the Four Horsemen, or horsepeople (because one of them is a woman), are set upon him.

In the last episode, Clark and Co. come face to face with the demonic forces. While Frisbee sustains injuries, Wendy discovers that she might have some powers of her own. Tom finds out that taking off clothes is not a sure-shot way of distracting your enemies. Meanwhile, Clark and Amily run away with the horsepeople on their heels. Do they succeed in evading capture or are they caught? Here’s what happens to Clark and Amily at the end of Season 1.

Do the Four Horsemen catch Clark and Amily?

The final showdown happens between Satan and Clark’s friends, following which Clark and Amily escape. As they drive away, the Four Horsemen chase after them. They are momentarily halted in their steps by Tom. He stands in their way with his clothes off, hoping to catch them off guard. While his strategy does give Clark and Amily a headstart, it doesn’t stop the Horsepeople completely.

A while later, we see Clark and Amily in the car. There is no sign of the horsepeople behind them, which means that they have succeeded in evading the danger, for now. It will not be smooth sailing for them, considering that Clark still has to figure out a way to spread God’s message of love and religious harmony in a world where everyone wants to stick to their own definition and discredit others’. When he met God the last time, she told him that she was going to be out of touch for a while. The war in heaven is getting worse and God needs to be there, without any distractions, if Lucifer is to be defeated. This means that he and Amily are on their own for a little while.

While God has told him where to go away for some time, Clark still needs to figure out how he is going to do God’s work. His task is going to be even more difficult now, considering that the horsepeople will keep looking for him. Previously, they had made it clear that they couldn’t get on with their job of kickstarting the end of the world because first, they needed to get Clark out of the way. Satan chided them for not hurrying up, and to stop anyone else from questioning their competence might spur them to hasten their efforts.

Another disturbing thing for Clark and the world is the swarm of locusts that we see at the end of the season. It looks very much like a plague that has been set upon the Earth, which sounds similar to the plague of locusts that was set upon the Egyptians when the Pharaoh refused to let Moses come back. However, those plagues were set upon by God, displaying his wrath. The God in ‘God’s Favourite Idiot’ wants to save the world, not destroy it.

So, most likely, the locusts are either the doing of Lucifer and his minions, or it is Pestilence starting his work on the destruction of the world. Another possibility is that the locusts have been set about by the horsepeople to find Clark and Amily. Clearly, they’ve run away too far for the horsepeople to track them on their horses. So, they’ve set the insects on the task, as they are much more in number and are generally not paid heed to, which means Clark wouldn’t make any conscious effort to hide from them.

In any case, the road ahead looks very bumpy for Amily and Clark. They might have succeeded in running away from their enemies, but they’ve also left behind their friends and family. They are on their own now, without Tom serving as a distraction, or Frisbee Harry Pottering their new place of residence for them. The danger has increased, and so have the stakes to save the world. And to do God’s work, Clark will, eventually, have to come out of hiding. With no God to save him, he will be very vulnerable, and this could make him an easy target for the horsepeople as well as Satan. He’ll have to think carefully about what he does next, for it could very well be the matter of life and death.