Do Ty and Paara End Up Together in La Brea? Theories 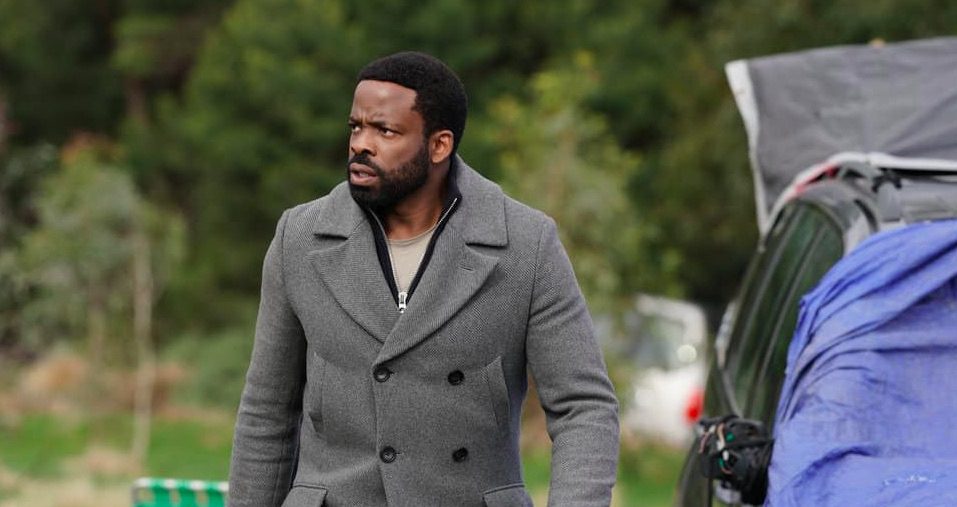 NBC’s ‘La Brea’ is a time travel story that brings together people from different timelines and different worlds. While the plot is driven by the many twists and turns in the story, the heart and soul of the show lie in the relationships between the characters. A bunch of people fall through a sinkhole in present-day LA and find themselves in 10,000 BC. This world is unlike anything they have seen before. There is a village of people who have lived there for years before the events of the show. These villagers know about the sinkholes, which appear as flashes in the sky in their world.

While most of them are generally hostile toward the people that fall from the sky, there are a few who are more amicable. The leader of these prehistoric people, Paara, is one of them. She develops a friendship with Ty, which helps the people who have been living at the clearing since they landed in 10,000 BC. Time and again, whenever things start to get tense between the villagers and the sky people, it is Ty and Paara who calm things down on their ends and maintain the delicate balance between their people. Hence, their friendship becomes key to the survival of the people who are stuck in the past. But will this friendship turn into something more? Let’s find out.

Do Ty and Paara End Up Together?

From the moment they meet each other, Ty and Paara find a sense of camaraderie with one another. The fact that they are both very calm and composed people who want nothing but to help others creates a common ground between them. They also become the de facto representatives of their people when it comes to creating a bridge between them. The similarities in their temperaments quickly turn them from absolute strangers to kindred spirits whose friendship deepens every day.

Soon, it becomes clear that they are attracted to each other. They share a kiss but before they can consider what it means, things take a drastic turn and their attention is diverted elsewhere. Then comes the complicated situation with Silas which makes things so worse that even Paara is forced to take drastic measures and break all bonds with Ty’s people. In the end, however, things cool down and the friendship between their people is restored.

In between all this, Ty also realizes that his illness is starting to take a toll on him. Previously, it was revealed that he has a brain tumor and his days are numbered, no matter if he is in the twenty-first century or 10,000 BC. This also garners sympathy from Paara who already likes him. The slew of problems that he and his friends had been grappling with distracted him from his illness, but when he starts hallucinating, it becomes clear to him that the tumor will not give him a break simply because there are sabretooth and dangerous wolves to fight.

Ty knows that sooner or later, he is going to die. There might be a way out of 10,000 BC, but it might not be found before his illness claims his life. He might die in prehistoric times, which means that this is his only opportunity to live. So, he decides to throw all caution to the wind and be with Paara for whatever time he has left. Paara, too, accepts that there is no reason why they shouldn’t be together. Even if her people don’t approve of it, she is ready to give it a chance if she can be with Ty. She has already lost one man (her husband) that she used to love. Knowing that Ty might be gone too one day, she’d rather make those days count. Considering all this, it is fair to say that Ty and Paara’s love story already has tragedy written all over it, which is why perhaps it makes all the more sense for them to be together and spend the little time they have left in each other’s company.

Read More: How Did Izzy Lose Her Leg in La Brea? Is She an Amputee in Real Life?