In the entertainment district arc of ‘Demon Slayer,’ Tanjirou, Zenitsu, and Inosuke accompany the Sound Hashira Tengen Uzui to Yoshiwara, Tokyo, in search of his wives. The red light district is shrouded in mystery, but the Demon Slayers do not expect to meet the brother-sister duo of Gyuutarou and Daki, the joint holders of the Upper Rank Six position. Once the fight begins, Uzui is soon poisoned while others are heavily injured. As the violent confrontation reaches its conclusion, fans are left scratching their heads wondering if Uzui, Tanjirou, Zenitsu, and Inosuke survived the fierce ordeal. In case you are also wondering the same, we have got you covered. SPOILERS AHEAD!

Do Uzui, Tanjirou, Zenitsu, and Inosuke Die in Demon Slayer: Kimetsu no Yaiba?

No, Uzui, Tanjirou, Zenitsu, and Inosuke do not die in ‘Kimetsu no Yaiba.’ Inosuke has been stabbed through the heart by Gyuutarou with his poison-laced sickle-like weapon previously in the second season, following which he lays unmoved on the ground for quite some time. The primary holder of the Upper-Rank Six tells Tanjirou that Uzui’s heart has stopped after the poison spread through his body, while Zenitsu lays helpless under the rubble, waiting for his death.

While it seems that Inosuke is dead when Zenitsu uses Godlike speed to almost slit Daki’s head, the user of the Wind Breathing joins his friend, mentioning that poison has no effect on him. Inosuke also adds that he can shift his organs inside his body so, Gyuutarou never managed to stab his heart. The momentary interaction clarifies that Inosuke and Zenitsu have not sustained any life-threatening injuries before the Upper-Rank Six demons are killed.

Meanwhile, Tanjirou is also not that seriously hurt, but that changes while fighting Gyuutarou when he is stabbed in his mouth with the poisoned weapon of the demon. However, Uzui is in a terrible state as he has lost his one arm, and the poison is slowly spreading throughout his body. When all of them are on the verge of decapitation, Gyuutarou, the primary holder of the Upper-Rank Six, uses the blood blade as his last resort. As clarified above, until this moment, no one except Uzui has sustained life-threatening injuries. However, the cliffhanger ending of episode 17 of the second season does not clarify whether the Demon Slayers survive or not. 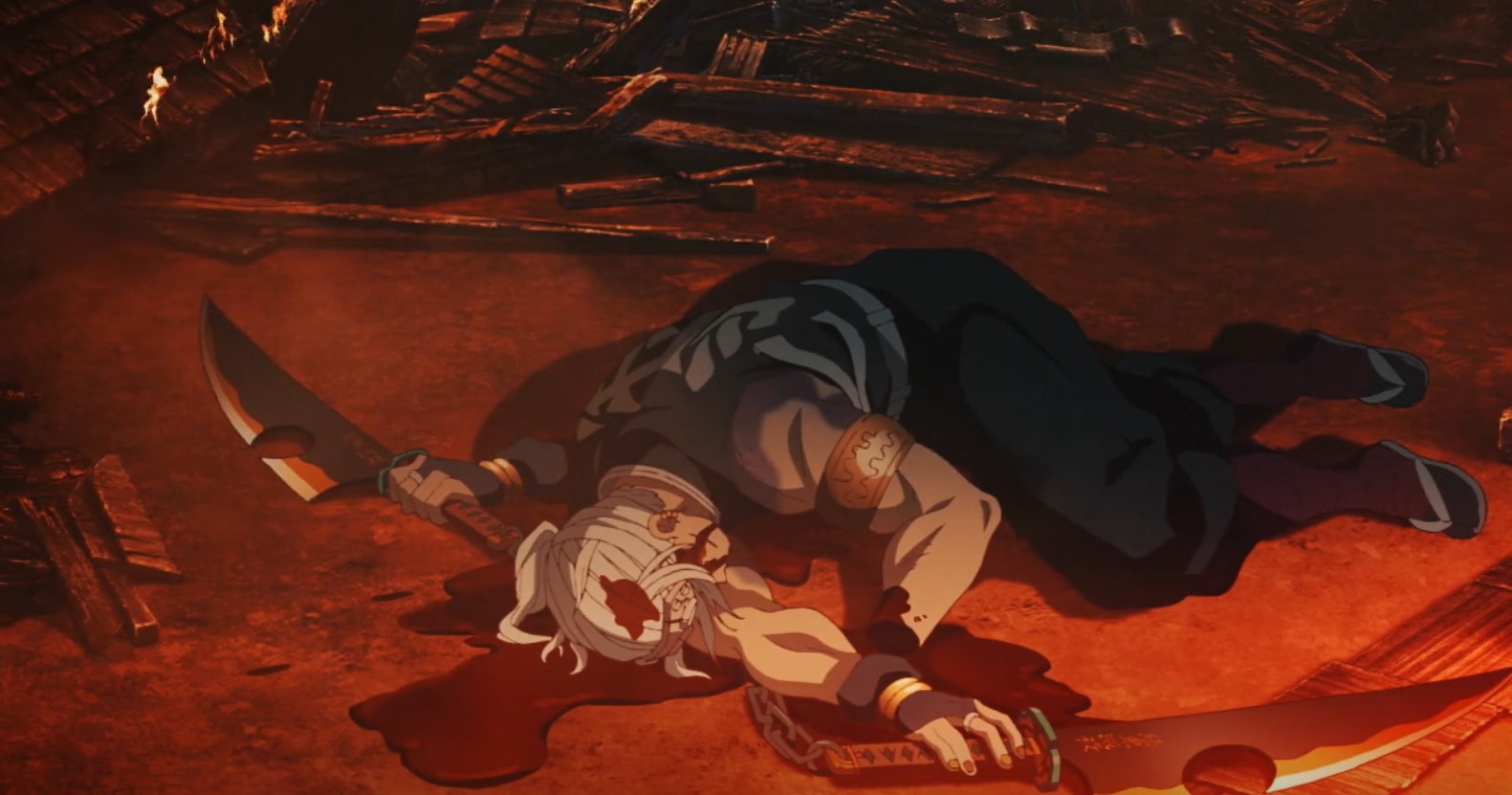 In the final moment of the episode, Uzui runs towards Tanjirou to protect him from the blood blades. Tanjirou is yet to confront Muzan Kibutsuji for murdering his family and turning his sister into a demon. Therefore, his sudden death makes no sense at this point and does not help the premise of the dark fantasy series in any way. Since his passing will ultimately render the show’s central narrative meaningless, it is therefore guaranteed that Tanjirou will survive Gyuutarou’s attack. However, the same cannot be said about his friends Inosuke and Zenitsu, who have accompanied him so far in all his adventures.

So, the only credible answer of Zenitsu, Inosuke, and Uzui’s fate comes from Koyoharu Gotouge’s manga series that serves as the inspiration for the show. While Zenitsu and Inosuke will be heavily injured in the attack and will need the assistance of Kakushi to recover from their wounds, they will survive. Meanwhile, Uzui, who has sustained the worst wounds, will struggle for his life. 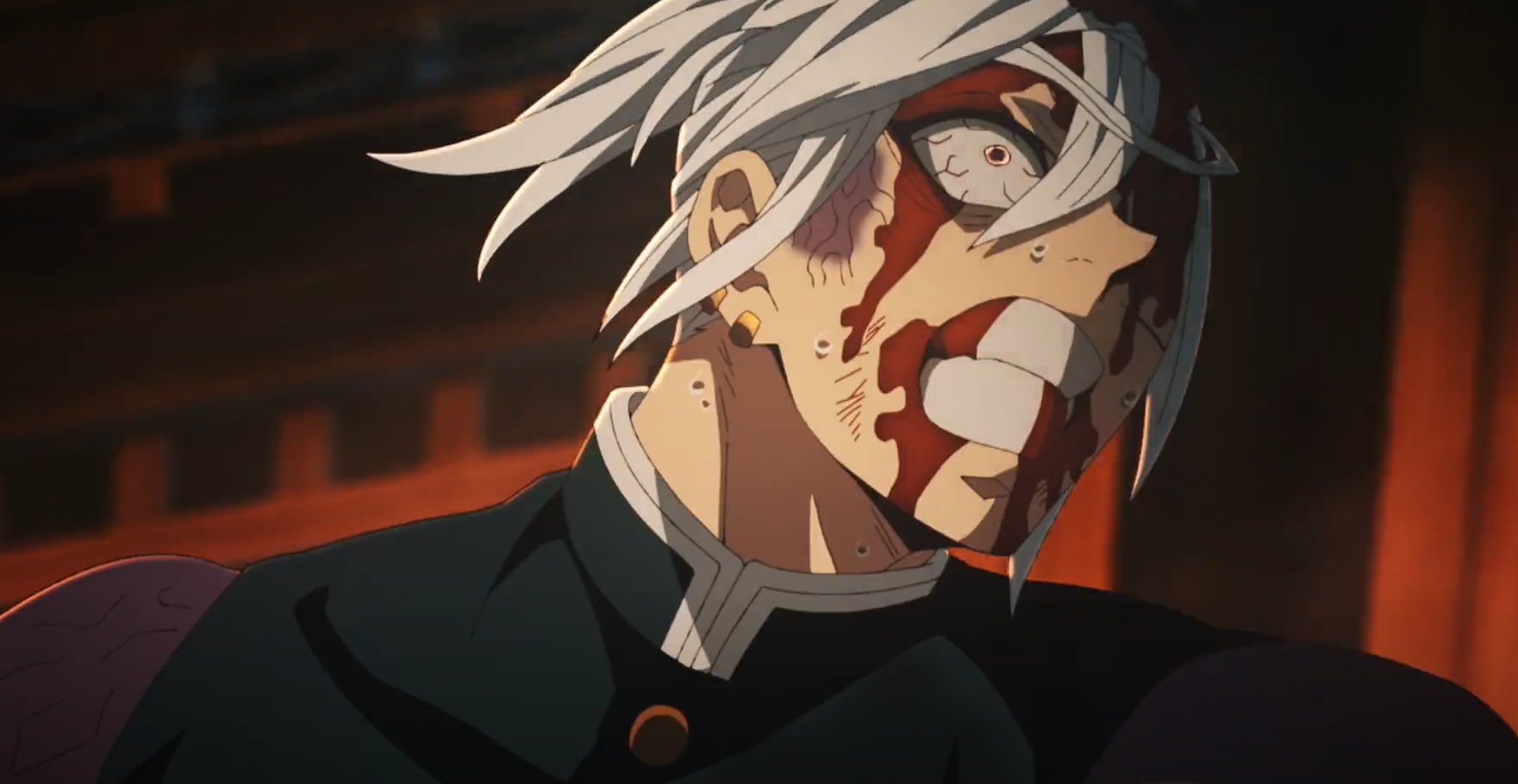 The poison will take away his ability to speak. However, to free the Sound Hashira from the poison that is running through his veins, Nezuko will use the Blood Demon Art. Uzui, who has already lost one arm and eye, will somehow survive the entire ordeal and retire. So, to sum everything up, Demon Slayer fans can rest assured that no one is going to die after the conclusion of the fight with Gyuutarou and Daki.