Do Veronica and Lucas End up Together in La Brea? Theories 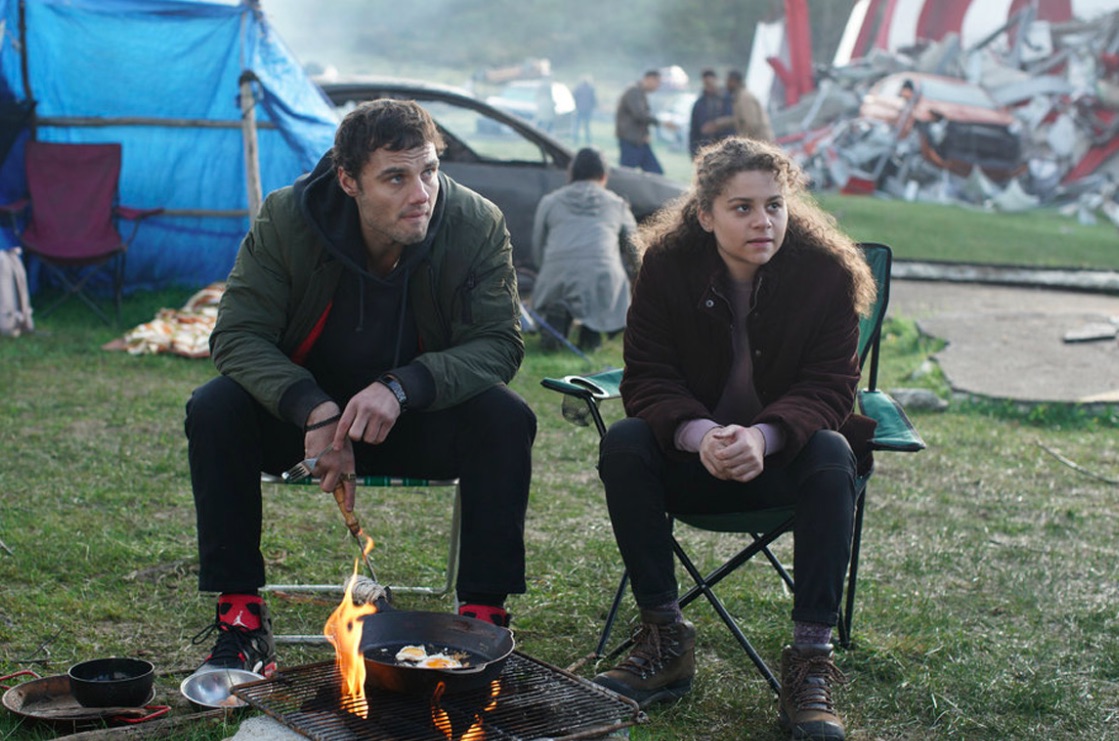 NBC’s ‘La Brea’ follows the story of a group of people who are stuck in 10,000 BC after falling through a sinkhole that opens up in the middle of LA. These people come from all walks of life and have a complicated past, one that they often keep a secret from others. The challenges in this new world force them to leave behind whatever differences of ideology and character they might have and join forces to protect each other. This situation leads to several unlikely friendships in the group, one of which evolves between Veronica and Lucas. Both of them have been the black sheep of the group and have bonded with each other very easily. Does this mean that there is a potential romance on the horizon for them? Let’s find out.

Do Veronica and Lucas End Up Together?

While ‘La Brea’ might be a story about time travel, romance is one of its primary driving forces. The love triangle between Gavin, Eve, and Levi often takes centerstage, and the budding romance between Josh and Riley is also touched upon time and again, along with the burgeoning relationship between Ty and Paara. In a similar vein, we see the beginnings of a promising romance between Veronica and Lucas.

While they come from different worlds, both Lucas and Veronica have met with grief and loss in addition to experiencing a complicated childhood. Veronica was kidnapped when she was just a child and was forced to aid in the kidnapping of another child, Lilly. Lucas shared a difficult relationship with his mother and the death of his father, along with his criminal undertakings, created a lot of trouble for him. Due to their past, both of them were considered untrustworthy and were seen with suspicious eyes. While this might have changed over the course of two seasons, they are still kind of outcasts of the group. This gives them a lot to connect over.

Veronica and Lucas barely interacted in the first season, but they are brought together at the beginning of the second season when Lucas helps her escape the captivity of the Exiles. She feels indebted to him and also sympathizes with him as he’d only recently lost his mother, while Veronica, too, lost her father (even though he was also her kidnapper) as well as Lilly, who crossed the portal and went to 1988. From here on, they stick together.

Even when Veronica does not agree with Lucas’s decisions, she goes along with them. While one could write it off as her way to return the favor of saving her life, there is clearly much more emotional investment in her actions. Along with Scott, they raid Paara’s village for food, and this is also when Veronica stops Lucas from killing the man who had fatally wounded his mother, leading to her death. Due to their shady pasts and the loss of their family members, both of them feel like they are not understood by others and often tend to keep to themselves. This creates a sense of camaraderie between them.

Considering all this, it wouldn’t be a surprise if their friendship evolves into something more and we get another romantic entanglement in ‘La Brea’. Stuck in the past with no way out and mortal dangers lurking in every corner, everyone needs someone that they can rely upon. With the way things are going, Veronica and Lucas might just have found that in each other.

Read More: Is Gavin Isiah in La Brea? Why Did Gavin Have Visions?