Where is Doc Bhagavan Antle Now? 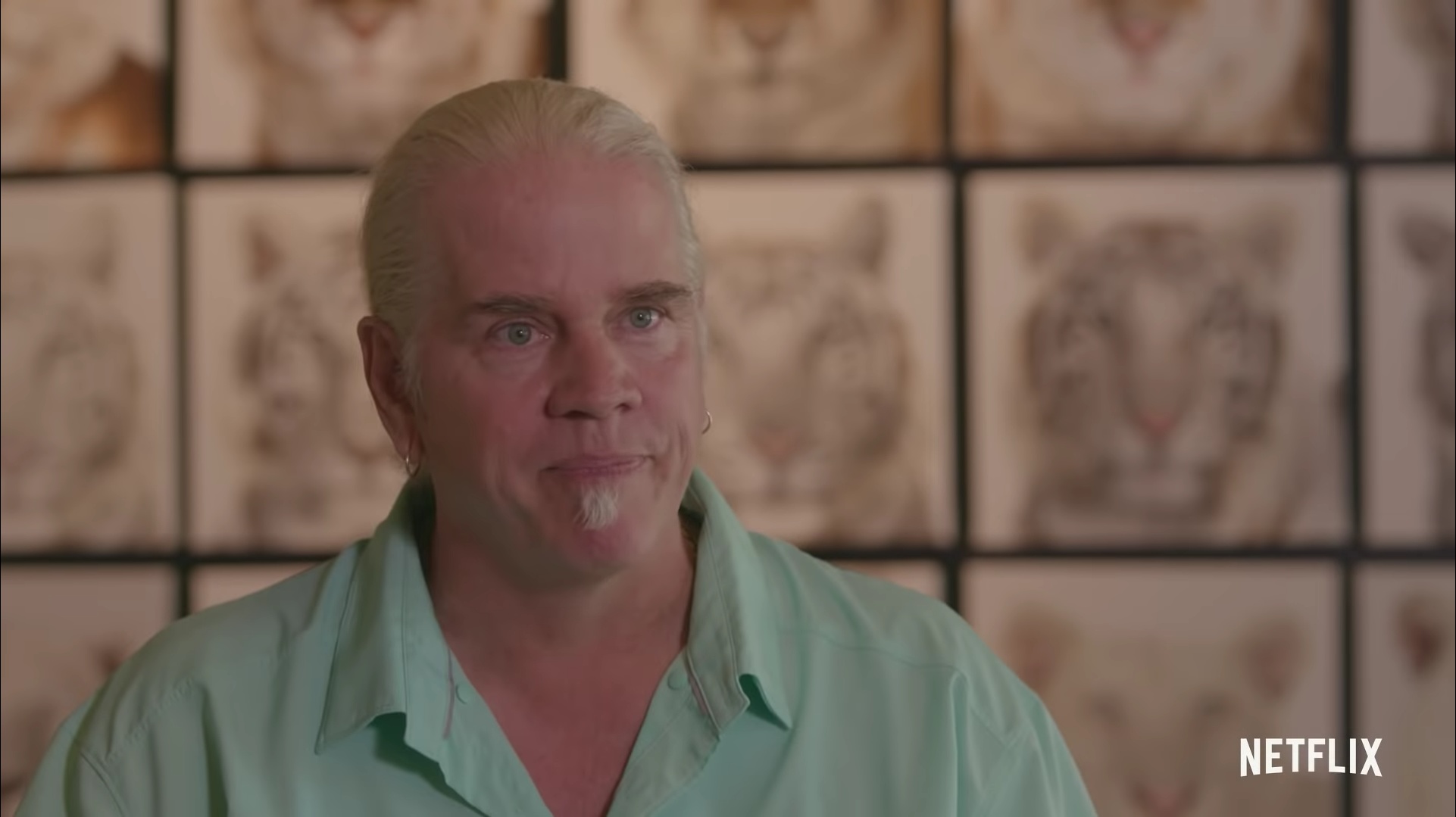 Netflix’s latest true crime offering is certainly where the wild(est) things are. ‘Tiger King: Murder, Mayhem and Madness’ presents an explosive and expansive portrayal of captive ownership of big cats in America, that is as riveting as it is thought-provoking. About 5,000 to 10,000 tigers live in captivity in America, while less than 4,000 tigers remain in the wild, worldwide. The majority of these tigers in the country are owned privately. As the series takes us to the numerous so-called “animal advocates” involved in their ownership and trade, one name stands out. Doc Bhagavan Antle.

While the name itself is enough to grab one’s attention, it is the man behind it who you’re drawn to for better and for worse. As the founder of T.I.G.E.R.S., Antle is nothing short of a celebrity with a mass-following that believes him to be a savior of the wildlife.

However, as the series progresses, we’re exposed to what seems to be a cult-like lifestyle Antle has built along with what appears to be an exploitative commercial empire. So what is the truth behind the man who calls himself Doctor? And where is he now? Here’s everything we know.

Who is Doc Bhagavan Antle?

Bhagavan “Doc” Antle is the founder and director of The Institute of Greatly Endangered and Rare Species (T.I.G.E.R.S.). And the owner of Myrtle Beach Safari in South Carolina. According to his website, he is a world-renowned animal trainer, behaviorist, and researcher, who has dedicated his lives to animals. He has also been working in this field for decades now, housing several exotic animals at Myrtle Beach. And in this period, gained the attention of The United States Department of Agriculture as well as animal-right activists. But for all the wrong reasons.

Bhagavan Kevin Antle was born in 1960 in Salinas, California. He grew up in an industrial farm and was raised by a well-off agricultural family. His father was a boxer, while his mother took care of sick animals, and was interested in Eastern philosophy. Antle revealed that it was his mother who named him Bhagavan. Based on his upbringing, in an interview with Rolling Stone, he revealed that he wanted to grow up to be “Some blend between Rambo and the Dalai Lama”.

Antle dropped out of school before ninth grade, and was drawn to rodeos and training dogs. He also admitted he lived a wild and reckless lifestyle while growing up. He then left for China, which is where he earned the “Doctor” in his name. Antle’s partner in ‘Tiger King’ states that he was a doctor in “mystical science” (whatever that means). Other articles, however, have revealed he had some medical training.

He returned to America in the 1980s and spent the next few years in Yogaville, Virginia. Here, he practiced alternative medicine and worked as a lecture-guru at Exxon. It was around this time, in 1982, that Antle bought his first tiger – a 100-pound tiger cub that he raised.

Antle brought the tiger to his Exxon conferences, where the people wanted to get Polaroids clicked with the animal. Soon enough, Antle realized how profitable this was and began his business. He was later hired to work on films like ‘Ace Ventura’ and ‘Doctor Dolittle’.

With the savings he earned over the years, he bought a property in South Myrtle Beach, and founded T.I.G.E.R.S. According to the Myrtle Beach Safari website, the preserve has raised and trained more than four hundred big cats and receives more than three million visitors annually. The preserve also houses Hercules, a liger that has been recorded to be the largest living cat in the world.

While Antel maintains that the 50-acre property at Myrtle Beach serves as a wildlife preserve, the authorities do not feel the same way. In fact, the USDA and Antle clash at least a few several times each year, from as early as the late 1980s. PETA states that Antle failed to meet the minimum standards for the care of animals used in exhibition as established by the Animal Welfare Act (AWA).

According to the USDA, Antle failed to provide the animals with adequate veterinary care, sufficient cage space, clean water, along with other things. In fact, in 1991, the USDA charged Antle of multiple and repeated violations of the AWA, and fined him with $3,500. In ‘Tiger King’, the shadiness of Antle’s business is further exposed. 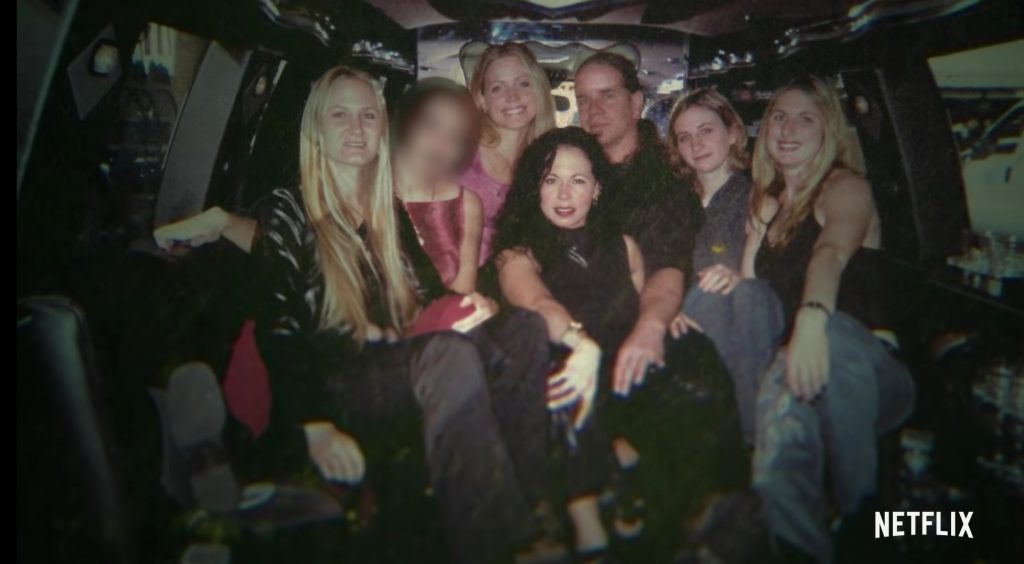 Animal abuse is not the only shady part of Antle’s business that ‘Tiger King’ exposes. In the second chapter of the seven-part docuseries, we are made aware of the cult-like lifestyle that Antle has created with T.I.G.E.R. Barbara Fisher, an ex-employee of the preserve shares her horrifying experiences in the docuseries.

Fisher, born and raised in Aimes, Iowa, joined T.I.G.E.R.S. as an apprentice in 1999 when she was only 19 years-old. She then went on to work at the preserve for over eight-years as a full-time volunteer, until she quit in 2007. She revealed how she was renamed Bala, much like the other female workers there, like Moksha and China. From her hair to her clothes, everything was picked out Antle, who made his workers dress seductively to lure more visitors. 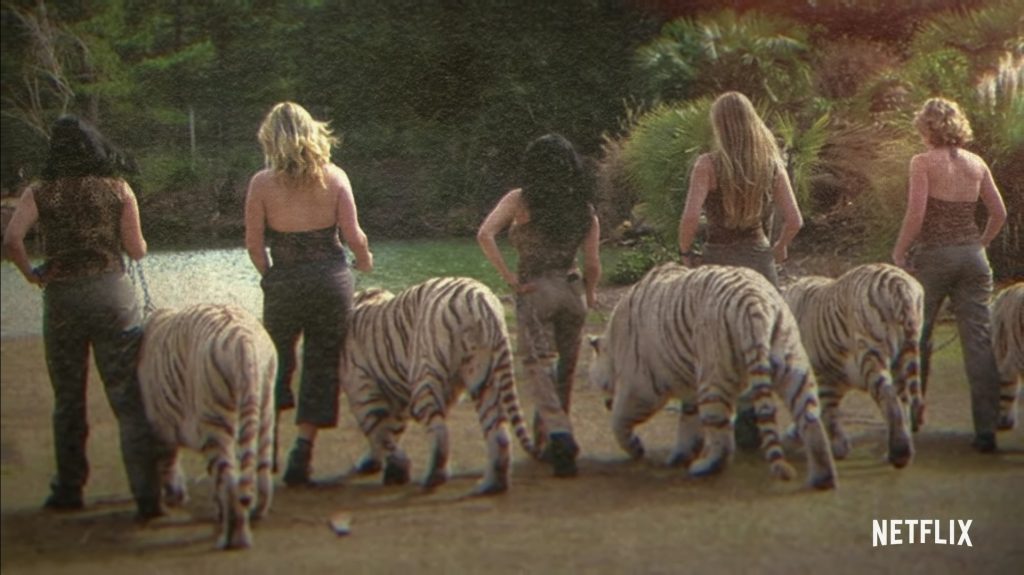 Barbara Fisher was even given breast implants, something that was decided for her. She also revealed that the young women were expected, and often willing to sleep with Antle to get to the top. And how he particularly chose young virgin women as apprentices, who later formed a close bond to Antle who was their first sex-partner.

Along with this, the employees were meant to treat their work at the preserve as a lifestyle and spent long hours working. While there is no concrete evidence to all of support this, the series does reveal that Antle has a polygamous relationship with 3-4 of his employees.

Where is Doc Bhagavan Antle Now?

It is hard to ignore the immense commercialization of everything Antle is a part of. Especially with cub petting and selling being an essential part of the business. After all, where do all these cubs and tigers go? After Joe Exotic was convicted, he claimed that Antle brutally euthanized his tigers in gas chambers in order to make space for the new cubs he breeds for cub-petting. This, however, was never proven.

But it is not difficult to believe that over the years, Myrtle Beach Safari has become a center of multiple investigations, including a multi-state one. In December 2019, the Myrtle Beach property was raided by the police for an ongoing case relating to three cubs and their connection to Wild Wilson’s Animal Park, in Virginia. But despite everything, Antle maintained his innocence, and nothing concrete against him ever materialized. Today, Antle continues to live at his residence in Myrtle Beach, South Carolina.