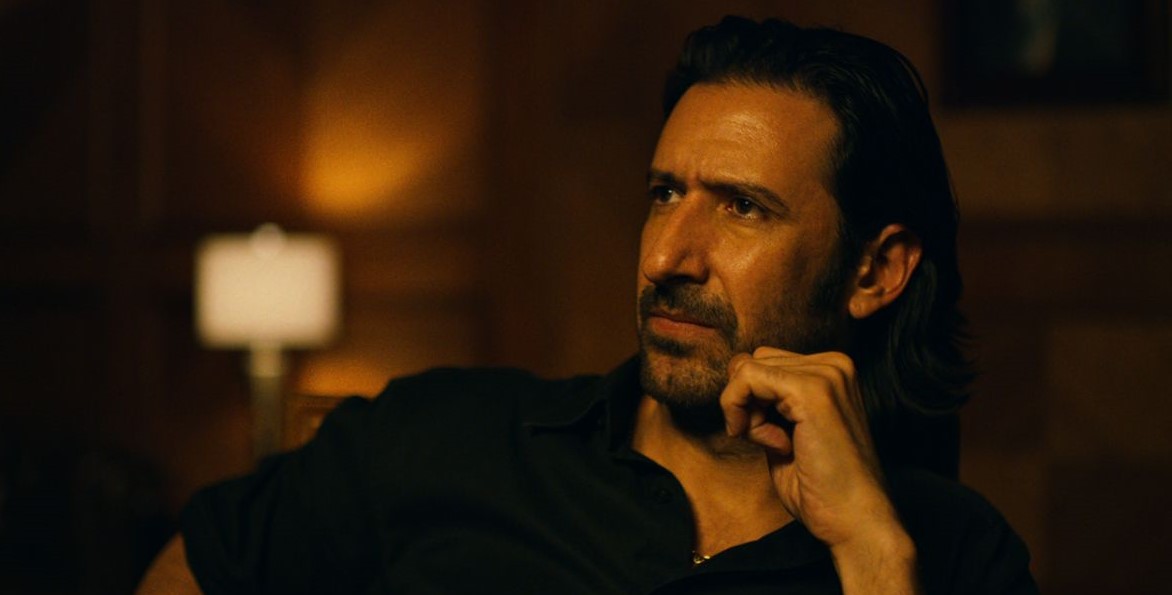 Like its parent series ‘Narcos,’ Netflix’s crime-drama ‘Narcos: Mexico’ is filled with a litany of complex characters belonging to almost every section of the morality spectrum. Among them, Amado Carrillo Fuentes (José María Yazpik) stands apart. Amado is one of the few characters that appear in both shows. He is introduced in ‘Narcos: Mexico’ in season 1 episode 2 as Don Neto’s (Joaquín Cosío) nephew, who accompanies Neto and Miguel Ángel Félix Gallardo (Diego Luna) on their journey to various regions across the Mexican border with the US to convince the plaza leader to join forces. In time, he becomes one of the high-ranking members of Félix’s Guadalajara Cartel. Because of his piloting skills, Félix even puts him in charge of bringing cocaine from Colombia to Mexico.

Amado eventually plays a pivotal role in Félix’s downfall, and the Guadalajara Cartel subsequently splits up, with each plaza becoming an independent cartel. In season 3, Amado kills his partner, Rafael Aguilar Guajardo, and becomes the sole leader of the Juárez Cartel. Using his intellect and resourcefulness, he turns his cartel into arguably the most powerful drug-trafficking organization in the world. If you are wondering whether Amado dies in season 3 ‘Narcos: Mexico,’ we got you covered.

No, Amado doesn’t die in ‘Narcos: Mexico’ season 3. It is heavily hinted in the mid-credits scene of the season 3 finale that Amado is alive and together with Marta, the professional singer he falls in love with. After learning that Carlos Hank Gonzalez or El Professor, arguably the most powerful and influential man in Mexico, has decided to move into Juárez, Amado realizes that the old ways of doing business will no longer work. He kills Aguilar and brings radical changes to his cartel, convincing Hank to partner up with him. As Hank controls the government itself, this move ensures that the authorities will not come after Amado. He then goes to Colombia and forces the Cali Cartel to pay him with cocaine.

Juárez becomes more powerful and wealthy than its three primary rivals: Sinaloa, Gulf, and Tijuana. Amado accomplishes things that even Félix could only dream of. But it comes with a steep price. When he retaliates against Arellanos for ordering a hit on him, he gets a call from Hank, who instructs him to refrain and not draw attention to himself.

In season 3, Amado falls in love. He meets Marta at the hotel he stays in during his meetings with the Cali Cartel. The two of them enter into a passionate relationship that goes the distance despite what Amado does for a living and their time away from each other. Amado eventually decides to break the shackles Hank placed on him, predictably drawing the latter’s wrath. After it is revealed that General Rebollo, the man in charge of Mexico’s war on drugs, has been on Amado’s payroll all this time, the government comes for him.

In desperation, Amado hands over the cartel to his brother, Vincente, and it seems that he decides to undergo plastic surgery to alter his appearance drastically. It is then reported that he died on the operating table. The Mexican federal agents subsequently identified him. This is also what reportedly happened to real-life Amado. However, things become quite interesting both in real life and in the show after that.

It is implied in the show that Amado himself makes the call that brings the authorities to the high-end facility where he is supposed to get his surgery. In the mid-credits scene, Marta walks into the Chilean villa that Amado gave her. On top of a piano, there are two glasses of wine and the toy plane that originally belonged to Amado’s late daughter. The implication is clear. Amado is still alive and now lives with Marta in a South American paradise.

At the height of his career, the so-called “El Señor de Los Cielos” (“The Lord of the Skies”) was transporting hundreds of tons of cocaine with his air fleet. He is perhaps the only character in ‘Narcos: Mexico’ that manages to get out of the game successfully, once more proving what a remarkable criminal he has been. Félix was absolutely on point when he warned Walt about Amado.