How Much of Narcos Mexico is Real? 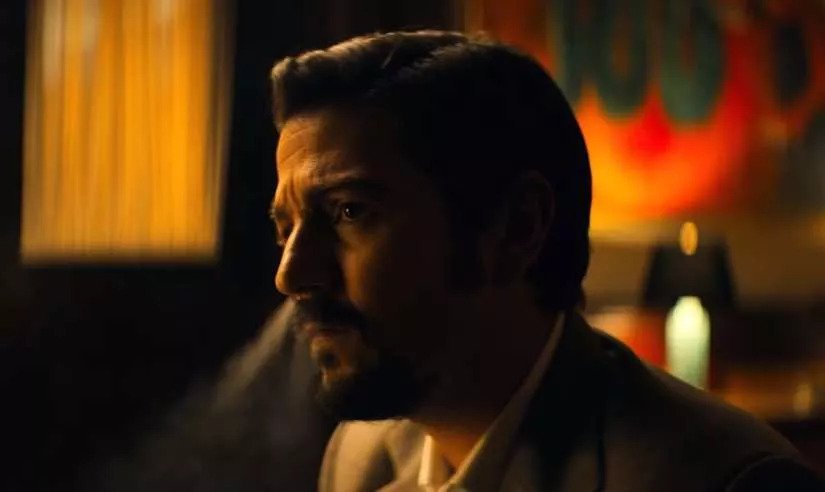 If you are familiar with Netflix’s ‘Narcos‘ you should know that the series traces the rise and fall of drug empires. It starts with the feared Medellin cartel, headed by Pablo Escobar, who has been elevated from the level of a drug kingpin to an urban legend. The show then follows yet another Colombian cartel, which was perhaps deadlier. We see the gentlemen of Cali.

Finally, ‘Narcos’ moves from Colombia to Mexico, where we trace the formation of a very different type of beast. The rise of the Mexican cartels coincides with the Mexican war on drugs, which continues to be waged, till this date. If you have been following ‘Narcos’ over the seasons, you already know that the show is based on real drug empires and kingpins. It also follows their rise and fall rather accurately, often using archival footage for greater impact. That being said, liberties are taken with the narration, for dramatic effect.

Naturally, the next logical question would be how much of ‘Narcos Mexico‘ is based on a true story. Don’t worry, we are here to answer all the questions you might have.

Is Narcos Mexico Based on a True Story?

‘Narcos Mexico’ is partially based on a true story. It traces the rise of the Guadalajara cartel, as well as the exploits of DEA agent Kiki Camarena. Ultimately, the boss of the cartel crosses paths with Kiki, which does not end well for either side. In the aftermath of Kiki’s murder, the DEA launches an enormous homicide investigation, which also marks the start of the war on drugs.

In real life, the story started off in the same way. The Guadalajara cartel was formed by Rafael Caro Quintero, Ernesto Fonseca Carrillo, and Miguel Ángel Félix Gallardo in the 1980s. When it was first formed, the cartel mainly grew and shipped marijuana. However, Juan Matta-Ballesteros became the Guadalajara cartel’s chief contact to the Columbian cartels.

Through him, the Mexican cartel began to transport cocaine for the Colombian cartels. It was a profitable venture, especially since the Guadalajara cartel took 50% of their payment in cocaine itself, selling the drugs in the United States. Many believe that it was the corrupt officials in Mexico, that allowed Gallardo and his cartel to operate with a degree of impunity.

While safe from local authorities, the Guadalajara cartel was not safe from the watchful eyes of the DEA, and especially Kiki Camarena. The agent’s tireless undercover work ultimately led to the discovery of the Guadalajara cartel’s marijuana fields, which were subsequently destroyed. Once Gallardo found out who was behind it, he had Kiki abducted while the agent was on his way to meet his wife (as the series shows). Kiki was then subjected to brutal torture, with medical attention being provided, so he did not die. The series captures this harrowing event splendidly.

Ultimately, Kiki died and his body was dumped by the cartel. Gallardo went into hiding, using the information he obtained from Kiki. The DEA agent had given up the names of the corrupt Mexican officials in cahoots with the cartel. In exchange for this information, Gallardo was allowed to hide and continue expanding his empire. However, Kiki’s death marked the start of Operation Leyenda.

The massive DEA homicide investigation saw pressure being applied by the US government as well. It led to the identification of several corrupt Mexican officials, and the arrest of Carillo and Quintero. Ultimately, it would also lead to the arrest of Gallardo, who was charged with multiple crimes, including the abduction and murder of Kiki Camarena.

Since ‘Narcos Mexico’ is largely based on a real-life story, the key characters are also modeled after real-life people. There are several characters like Kiki’s wife, Mika, who continues her activism, James Kuykendall, Kiki’s DEA supervisor, El Chapo, who is mentored by Gallardo and later becomes the feared head of the Sinaloan cartel, and Rafa Quintero, Gallardo’s partner, who is currently on the run and has a $20 million bounty for his arrest. However, the key characters over the seasons are Miguel Ángel Félix Gallardo, Enrique “Kiki” Camarena, and Walt Breslin. 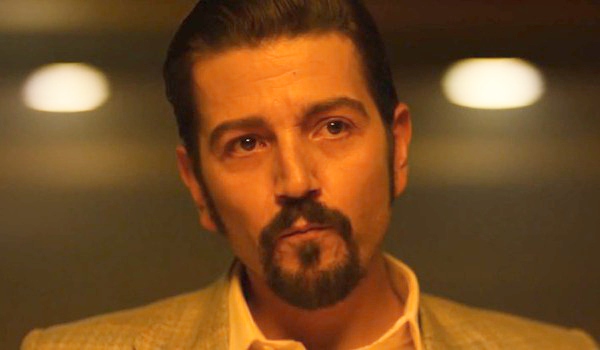 Gallardo eventually came to be known as ‘El Padrino’ or ‘The Godfather’. However, he started off as a Mexican Federal Judicial Police agent. He then became a bodyguard for the Sinaloan governor. He used his cop and political connections to set up his drug cartel.

Once his partners were arrested, Gallardo essentially privatized the entire cartel. In a move that earns him a place in the history books, Gallardo divided his entire empire, so it could not be taken down by taking out the head. Ultimately, it was Operation Leyenda that led to his arrest in 1989. Currently, Gallardo is in prison, serving time, and is blind in one eye. 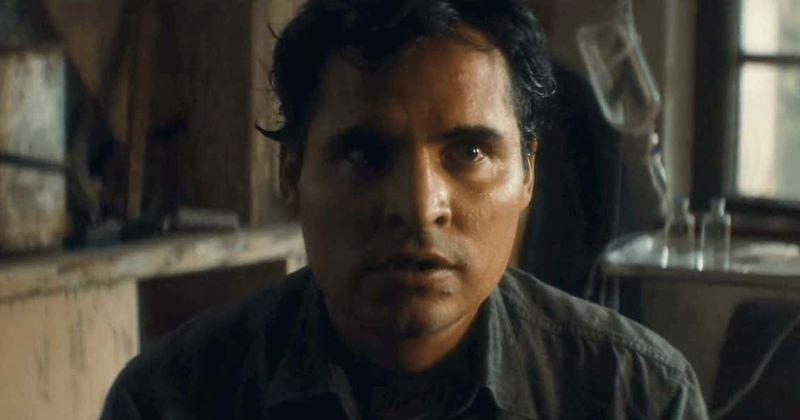 Kiki Camarena was a Mexican born DEA agent. However, before joining the DEA, Kiki served in the US Marine Corps from 1973 to 1975. Following this, he became an officer of the law, at the Calexico Police Department. This is where he gained the skills to be a special agent. It led him to the DEA, where he joined around 1977.

Four years later, Kiki was assigned to the Guadalajara cartel in 1981. Kiki was kidnapped off the streets of Guadalajara on 7th February 1985, and his body was found about a month later. His nose, cheekbones, throat had been crushed, and he had a hole drilled into his head.

Camarena’s death was a turning point in the DEA, which forced the agency to set up protocols for agents posted abroad. Several changes were made, and the retribution which followed Kiki’s death sent a clear message that DEA agents were off-limits. In fact, Agent Pena mentions that Kiki is like the Jesus Christ of the DEA. He died so no other agents would have to. 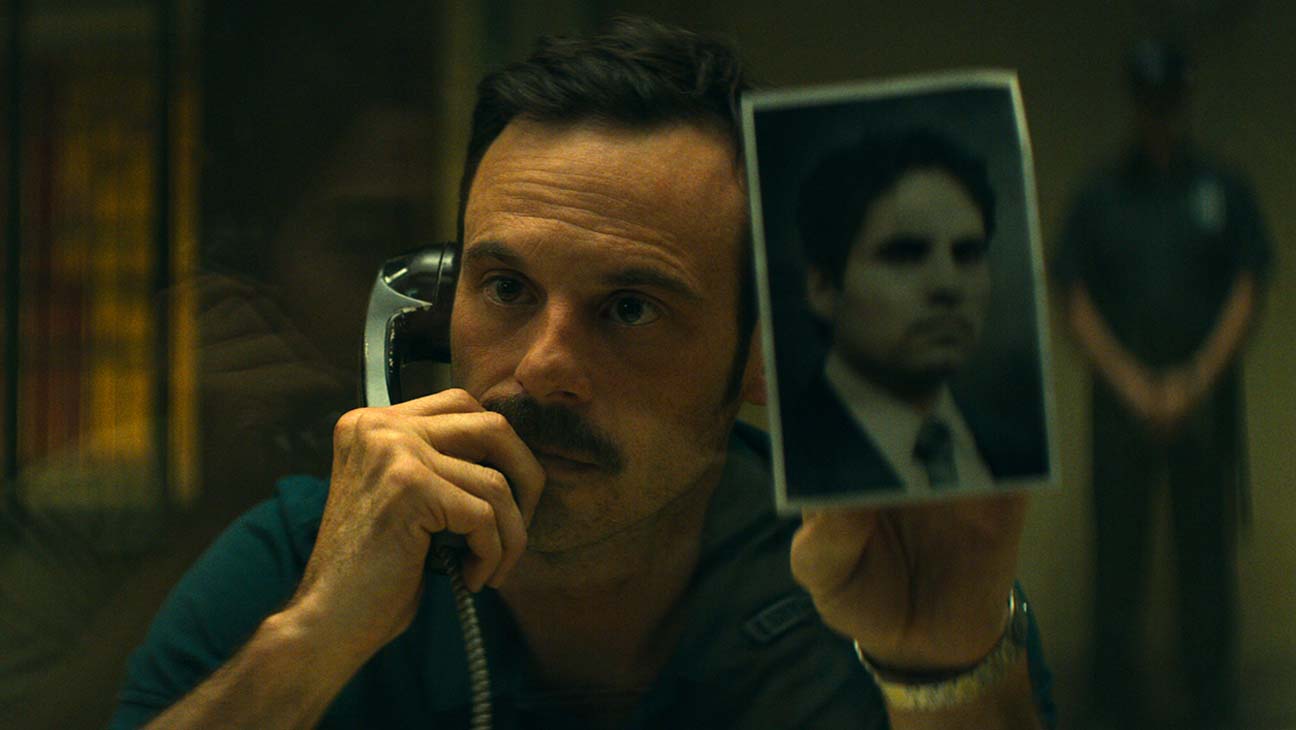 Breslin is the first major character not based on a real-life person. The real-life Kuykendall has made it clear that Breslin is the amalgamation of several agents who came on board to run Operation Leyenda in Mexico.

He said, “I can’t think of anyone like that, a wild cowboy who runs into Mexico to start capturing people. By the time the bodies [of Camarena and DEA pilot Alfredo Zavala] were found, there were agents in DEA headquarters who were assigned to be Operation Leyenda investigators and there was one agent who was the head of that. That leadership changed several times from the period that began and up until and including the trial. There were probably four or five different agents in charge, and you had Operation Leyenda agents in Washington, D.C., San Diego and Los Angeles.”

Therefore, it is clear that not only is ‘Narcos Mexico’ based on a true story but it is also centered around real-life characters. That being said, the narrative does take liberties for greater dramatic impact but manages to weave a tale that is immersive, engrossing, and leaves the viewers wanting more.