Does Godzilla vs. Kong Have Post-Credits? 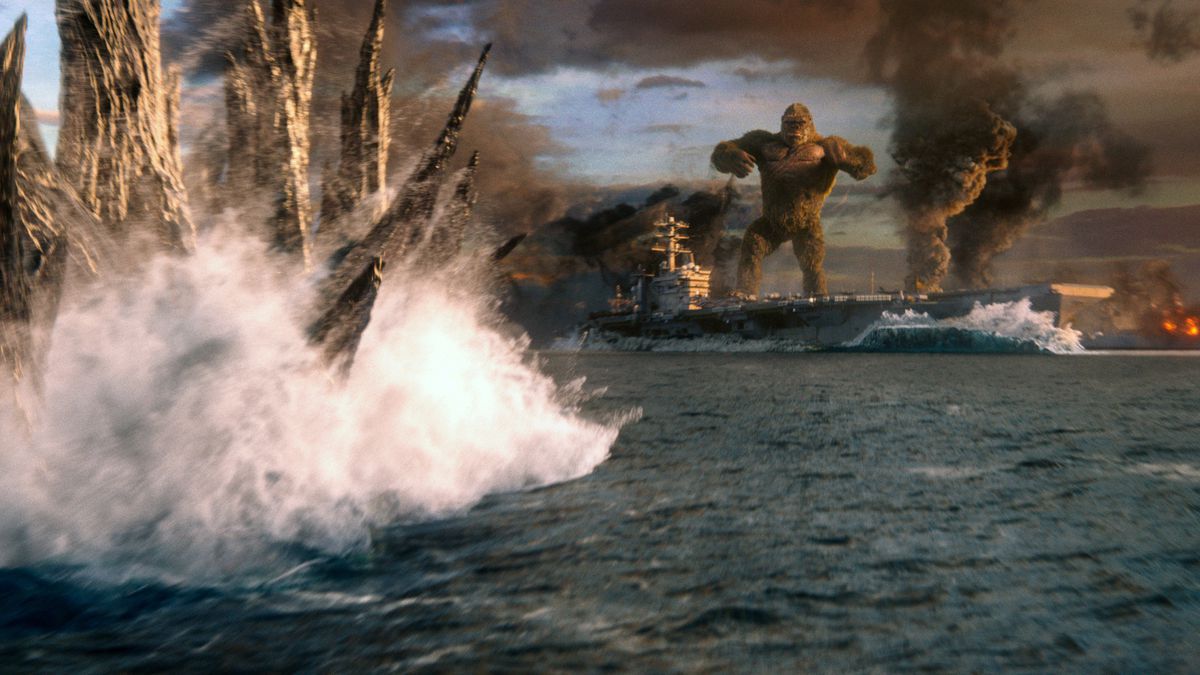 In modern-day cinema, shared universes, multiple franchises, and crossover films are a common trend. Post-credits scenes have become a vital part of franchise filmmaking and serve various purposes. They are used to tease future films in the franchise, giving fans a little something extra like a cherry on top of the cake and an opportunity for viewers to appreciate the hard work of many people who worked on the film by requiring them to sit through the credits to get to watch the bonus scene/s. Naturally, fans must be curious to know whether the biggest movie in the MonsterVerse franchise to date has an end-credits scene. Well, allow us to answer this specific question for you definitively.

Is There a Post-Credits Scene in Godzilla vs. Kong?

No, ‘Godzilla vs. Kong’ doesn’t have a post-credits scene. The future of the MonsterVerse franchise is currently shrouded in mystery, and no new projects have been announced by the studio. Therefore, it makes sense that the epic battle between the two uber-popular monsters isn’t bookended with an after-credits scene. It is a bold deviation from the previous film, ‘Kong: Skull Island,’ but an understandable one. The 2017 film and ‘Godzilla: King of the Monsters (2019)’ both include post-credits scenes that ultimately built towards the monsters coming face-to-face in a crossover movie.

While all the films in the franchise have generally been well received and proven successful at the box-office, the studio and creative voices behind the franchise likely wanted to focus on making the MonsterVerse’s first crossover film a grand cinematic spectacle. ‘Godzilla vs. Kong’ has the enormous task of satisfyingly answering the question of who would win in a battle between the two titans. The focus clearly lies on the battle, and having a post-credits scene teasing either character’s future would undo the impact of the showdown to a certain extent.

Moreover, the makers must have considered the possibility that these kinds of scenes usually leak on the internet before the movie’s release and could have potentially spoiled the outcome of the battle. Considering the overwhelmingly positive reception of ‘Godzilla vs. Kong’ and impressive box-office numbers, it is safe to say that the interest in the franchise is now more than ever before, and not knowing where the franchise is headed next will certainly start conversations among fans and continue fuelling the MonsterVerse’s rising popularity.

Having said that, the director of ‘Godzilla vs. Kong,’ Adam Wingard, has revealed that a post-credits was indeed filmed but appears in the finished movie before the credits roll. However, the ‘Death Note’ fame director chose not to reveal which scene that is. If we had to guess, the one possibility that immediately comes to mind is the closing moments where Kong is seen ruling over the Hollow Earth ecosystem.

Well, it certainly provides some context to Kong’s future as compared to Godzilla’s as the radio-active creature is last seen simply returning to the depth of the oceans. The Hollow Earth expands upon the mythology of the titans and promises to play an essential role in future movies. For now, fans will have to play the waiting game until the studio makes some official announcements to learn more about the future of the franchise.