Of all the contestants in the ‘Squid Game,’ Han Mi-nyeo (Joo-ryeong Kim) is arguably the most mysterious one. Even with Oh Il-nam, the audience comes to know that he is the mastermind behind the game at the end of the season. That is not the case with Mi-nyeo. In episode 2, when the players temporarily go home, we are given glimpses of the lives of all the main contestants, except Mi-nyeo. She remains an enigma throughout the season. The only thing that she willingly divulges is that she is a struggling single mother. If you are wondering whether she dies in ‘Squid Game,’ we got you covered.

Does Player 212 Die in Squid Game?

Yes, Han Mi-nyeo or No. 212 dies in ‘Squid Game.’ During the Glass Stepping Stones round, she wraps her arms around Jang Deok-su, reminds him of his betrayal, and pulls him down to their deaths. After the contestants return to the gaming island, Mi-nyeo establishes herself as a smart and manipulative player. Realizing that allying with Deok-su will make the most sense, she passes him the lighter she brought inside. Earlier, she used it to carve out her designated shape during the Sugar Honeycombs round. Deok-su also uses the lighter and survives.

During the orchestrated fight, Mi-nyeo is still part of Deok-su’s group. However, after Deok-su lets Byeong-gi or No. 111 join the group, she becomes worried. Because of his connection with the administrators, the doctor learns that the next game will be Tug-of-War and passes the information to Deok-su. The gangster decides to form a group with only strong individuals and leaves Mi-nyeo out. When they had sex earlier, Mi-nyeo told Deok-su that if he betrayed her, she would kill him. Deok-su doesn’t realize how truthful she was at the time until it’s too late. 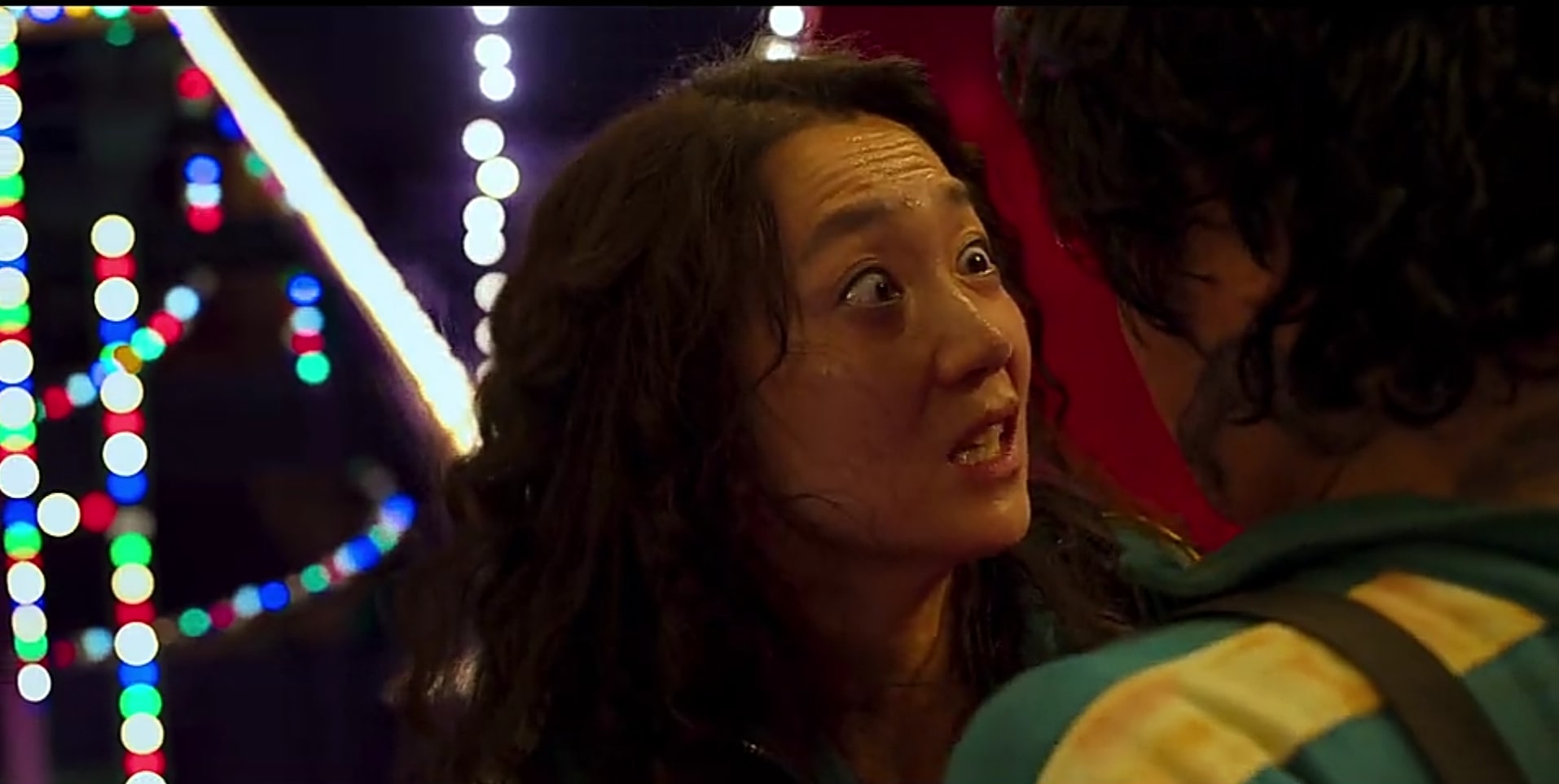 Mi-nyeo survives the Tug-of-War round by joining Seong Gi-hun’s team. During the Marbles round, she is the only contestant without a partner. However, because of the Squid Game’s rule regarding the weakest link, she once more survives. The Glass Stepping Stones round leads to a confrontation between her and Deok-su, with the latter refusing to proceed forward after all the contestants in front of him fall to their deaths. Knowing very well that if the timer for the game runs out they will all die, he declares that someone should go ahead of him.

Mi-nyeo pushes the man between her and Deok-su toward the latter, making him nearly fall off the bridge. She contemptuously mocks Deok-su‘s cowardice and declares that she will go ahead. But when he lets her step on the same glass as him, she wraps her arms tightly around him. Deok-su desperately struggles but soon realizes that he can’t get out of the hold. He begs and pleads to Mi-nyeo to spare his life. However, Mi-nyeo makes him remember his betrayal and her words of caution before committing murder-suicide.