Does Peter End Up with Nick or James at the End of Single All the Way? 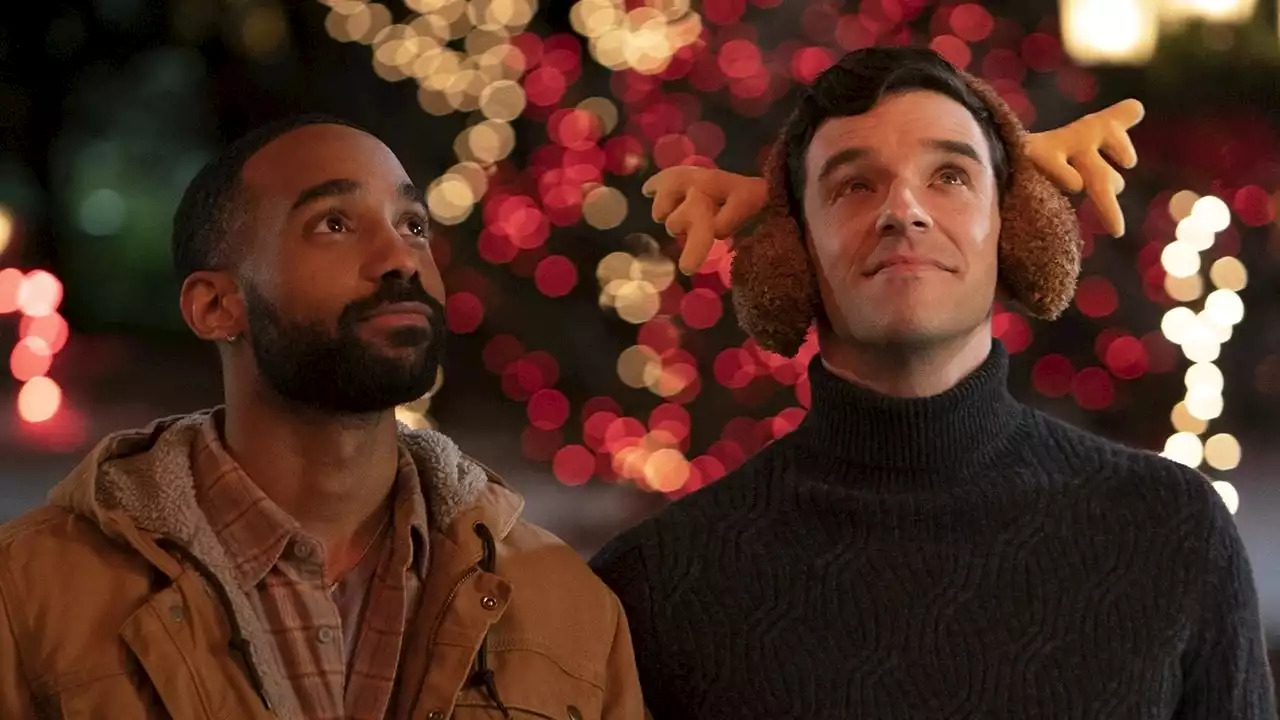 Netflix’s ‘Single All the Way’ doesn’t pretend to be more than what it is but is the perfect example of everything it’s supposed to be. A Michael Mayer directorial venture, the film revolves around Peter (Michael Urie), who has a social media job that he doesn’t like and hasn’t been particularly lucky in love. With Christmas around the corner, Peter becomes worried about returning home as a single man, as his family will demand to know why he doesn’t have a boyfriend. So, Peter asks his roommate and best friend, Nick (Philemon Chambers), to come along and pretend that they are in a relationship.

When Peter and Nick reach Bridgewater, New Hampshire, they discover that the former’s mother, Carole (Kathy Najimy), has already set him up for a blind date with her new handsome spin teacher James (Luke Macfarlane). However, Peter’s family absolutely loves Nick and wants him and Peter to be a couple. If you are wondering who Peter ends up with at the end of ‘Jingle All the Way,’ we got you covered. SPOILERS AHEAD.

Single All the Way Ending: Who Does Peter End Up?

Despite living in a city like Los Angeles, Peter’s luck with love has been horrible. His latest boyfriend turns out to be married to a woman. Not wanting to go home as a single man one more time, Peter persuades Nick to come along and lie that the two of them are dating. But before they can ever say that they are a couple, Carole announces that she has arranged a blind date for her son. Initially reluctant, Peter’s interest quickly piques after he meets James.

‘Single All the Way’ is a quintessential feel-good holiday rom-com, just with same-sex relationships. Even the love triangle has been handled with such lightness and without introducing that many complications. As Peter and James start seeing each other, some members of his family find themselves averse to the idea, believing that Peter should be with Nick. This includes Peter’s father, Harold (Barry Bostwick), who has built up an easy relationship with Nick, and Peter’s nieces. The love that Peter’s family has for Nick is mutual. He doesn’t have a family of his own and seamlessly fits into Peter’s.

Carole also adores Nick and will love to see him and Peter together. However, she has read a book about how people with similar sexual orientation in the LGBTQ+ community can have a platonic relationship just like straight men and women and has decided to find someone else for her son. But the rest of Peter’s family is quite vocal that they like Nick and even try to ruin Peter and James’ dates so that Peter will finally do the right thing and go out with Nick.

As the film progresses, it becomes apparent that both Nick and Peter harbor intense feelings for each other. Even James comes to realize this. After all, Nick is the subject of most things that Peter says during their dates. Peter and Nick help Peter’s aunt Sandy (Jennifer Coolidge) stage a nativity play. Afterward, Nick confesses his feelings to Peter. However, the latter is unsure what to do because he fears that he will lose his best friend if the relationship doesn’t work out. Eventually, a conversation with none other than James helps Peter see that he truly loves Nick.

Peter subsequently finds Nick at a shop that the latter has bought for him so that he can move to Bridgewater and open a plant shop or nursery. Peter speaks about his own feelings, and the two of them begin a relationship. Nick also decides to move to Bridgewater. The film ends as Peter and Nick break their news to Peter’s ecstatic family.