Written and directed by Dong-hyuk Hwang, Netflix’s ‘Squid Game’ tells the story of 456 contestants taking part in a series of deadly games hoping to win ₩45.6 billion (US$40 million). The one factor that seems to connect them is that they all have debts. Cho Sang-woo (Hae-soo Park) or No. 218 grew up along with the protagonist Seong Gi-hun or No. 456, who is a few years older than him.

In his youth, Sang-woo was the pride of their neighborhood as a prodigious student. After graduating from Seoul National University, Sang-woo became an investment team leader at a securities team. However, unbeknownst to his mother and the rest of his community, he siphoned money from his clients and invested it in derivatives and futures options. None of them succeeded, and now, the authorities are after him. He agrees to play the Squid Game because he is as desperate as any other contestant. If you are wondering whether Sang-woo dies in ‘Squid Game,’ this is what you need to know. SPOILERS AHEAD.

Yes, Sang-woo dies in ‘Squid Game.’ During the final round, Gi-hun refuses to let him die and calls for a vote, so they can both leave the game alive. But Sang-woo takes a knife and plunges it into his own throat, dying in Gi-hun’s arms. Early in the game, despite witnessing how violent and deadly it is, Sang-woo votes not to leave the game. However, the “Leave” option ultimately acquires the majority of votes, and the players are let go. Outside, the situation is as bleak as he had thought. The police are still looking for him. And he can’t file for bankruptcy because he used his mother’s properties as financial collateral while borrowing money. 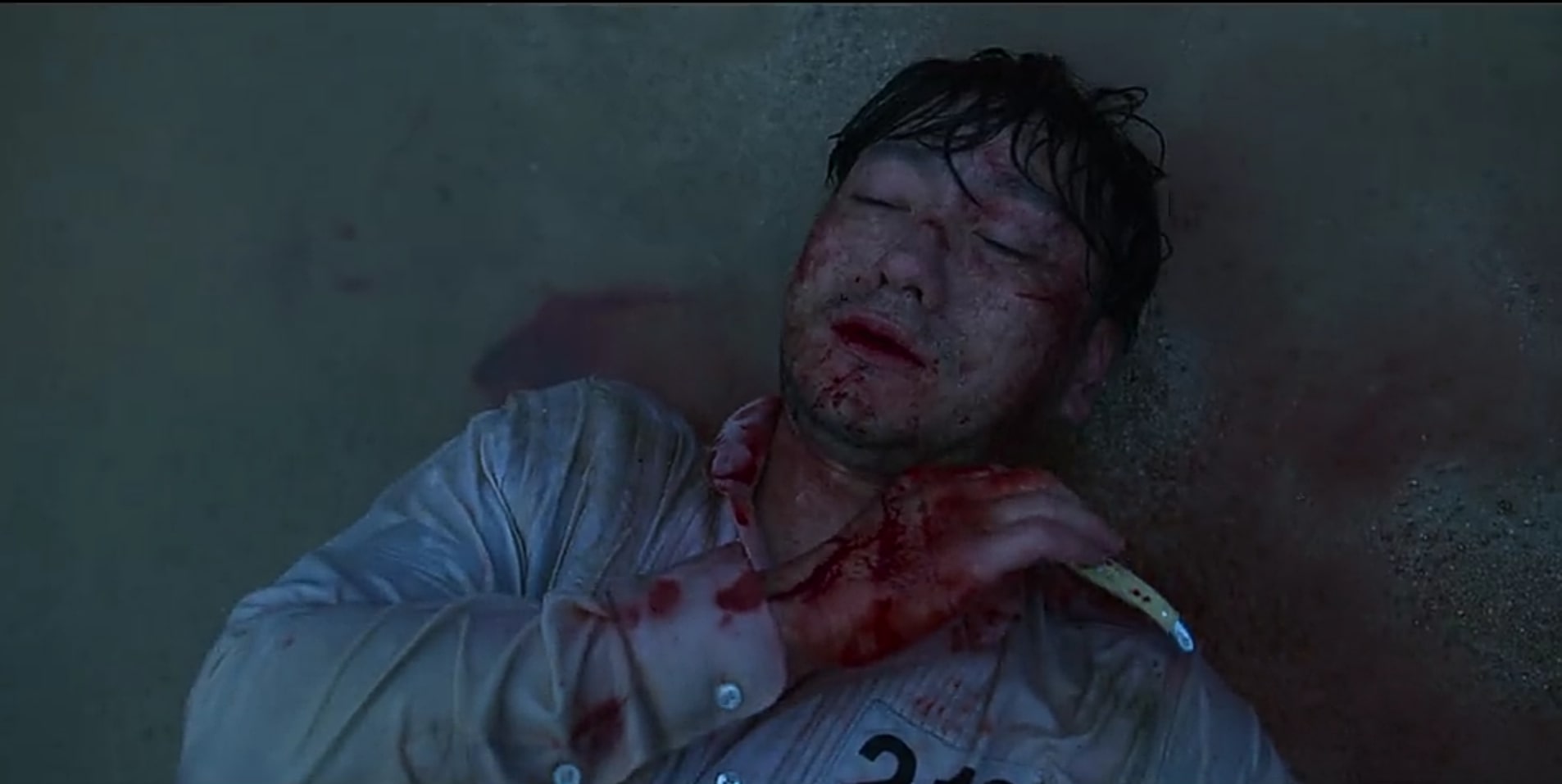 Like most of the players, Sang-woo has no other choice but to go back into the game. Aside from Gi-hun, Sang-woo forms a bond with Abdul Ali (Anupam Tripathi), a Pakistani immigrant who has come to South Korea looking for work. During the Sugar Honeycombs round, Sang-woo figures out what the task will be by noticing that they have been brought to a setting that looks like the parks from their childhood. However, he shows his ruthlessness when he doesn’t share this information with Gi-hun.

During the Tug-of-War round, Sang-woo is part of the same team as Ali, Gi-hun, Oh Il-nam, and Kang Sae-byeok. He is the one who comes up with the plan that wins the round for the team. In the Marbles round, he picks Ali as his partner, believing that they have to work together to win the round. When it is revealed that they have to compete against each other, Sang-woo betrays Ali. When he sees that Ali is winning the game, he convinces him that there is a way in which they both can survive the round. When Ali leaves to follow his instructions, he takes the marbles to the administrator to claim himself the victor.

During the Glass Stepping Stones round, even Gi-hun becomes disillusioned by his actions. This is further amplified when Sang-woo kills Sae-byeok. However, despite all this, Gi-hun can’t bring himself to kill Sang-woo in the final round. They have known each other since they were children, and he sees Sang-woo’s mother every day. But Sang-woo has realized that if he agrees to vote and leaves the game with Gi-hun, nothing will change either for them.

Sang-woo sacrifices himself so that Gi-hun will get the money. He asks his old friend with his final breaths to take care of his mother. And Gi-hun eventually does. He leaves half of his winnings with Sang-woo’s mother, claiming that it’s the money he owes Sang-woo. Gi-hun also leaves Sae-byeok’s brother Cheol with her, hoping they will help each other through their grief.