Does the Dog on NCIS Belong to Mark Harmon? What Kind of Dog is it? 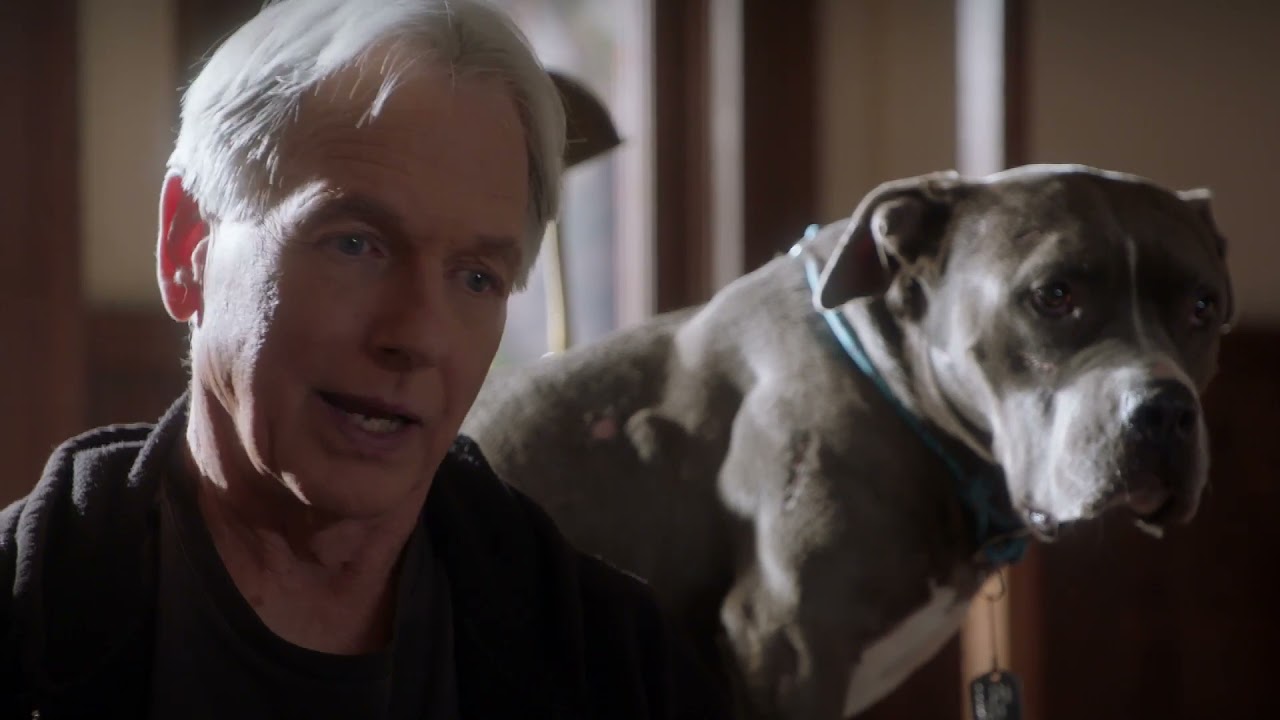 The eighteenth season of ‘NCIS’ has introduced the cutest character, Lucy. In the tenth episode of the season, Mark Harmon’s Leroy Jethro Gibbs comes across a stray and wounded Pit bull. It turns out that the dog was abused, and Gibbs takes up the matter with the suspect rather too harshly. This action of Gibbs ultimately gets him suspended.

However, in the process, Gibbs manages to ensure that Lucy gets the help she needs and ultimately takes her home. Many fans are aware that Mark Harmon himself also has a dog. Naturally, they want to know if Lucy is Harmon’s dog. If you are looking for information about the same, you’re at the right place!

Does the Dog on NCIS Belong to Mark Harmon?

No, the dog who plays Lucy on ‘NCIS’ does not belong to Mark Harmon. However, the actor has a dark-furred Pit bull mix called Dave, who has been a part of his family for many years. While not much is known about the dog who appears as Lucy, it is clear that it is not Dave. Lucy has a much lighter fur and is possibly a trained professional doing a wonderful job in the series. 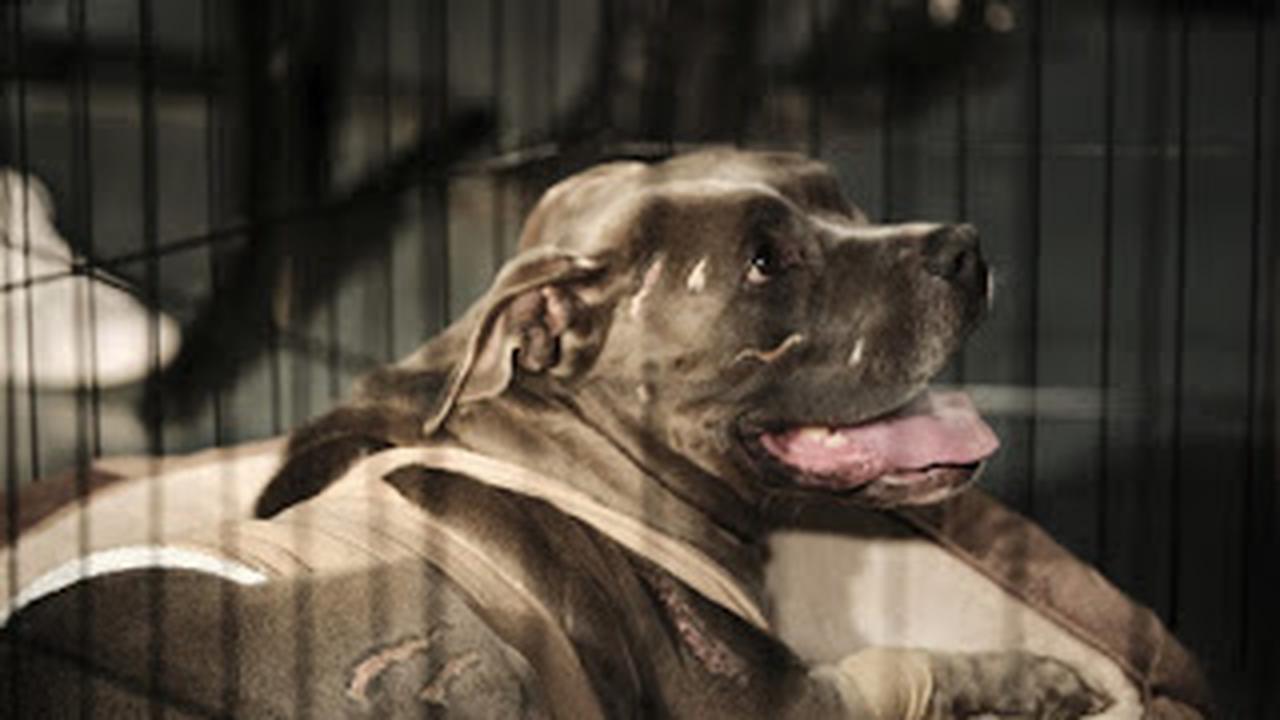 However, it is not the first time Dave has been in the news. In 2016, on the set of the police procedural drama, Harmon’s rescue dog reportedly attacked a crew member who required more than 15 stitches to close up the wound. Several people shared that Dave is usually a friendly dog and possibly bit the crew member only because he got scared. The incident snowballed into a much bigger problem as Harmon’s co-star Pauley Perrette (Abby Sciuto) expressed her concerns about having Dave on set. Some sources claimed that despite that, Harmon continued to bring his dog to work.

The tension between both the actors grew exponentially, and Perrette eventually exited the series in 2018. On the other hand, a few insiders stated that Harmon stopped bringing Dave to the set after the 2016 incident. However, the actress admitted that she wanted to leave the show before Dave’s incident, which suggests that there was more to Perrette and Harmon’s conflict than Dave. As far as the relationship between the former co-stars is concerned, the two don’t seem to see eye to eye even to this day. 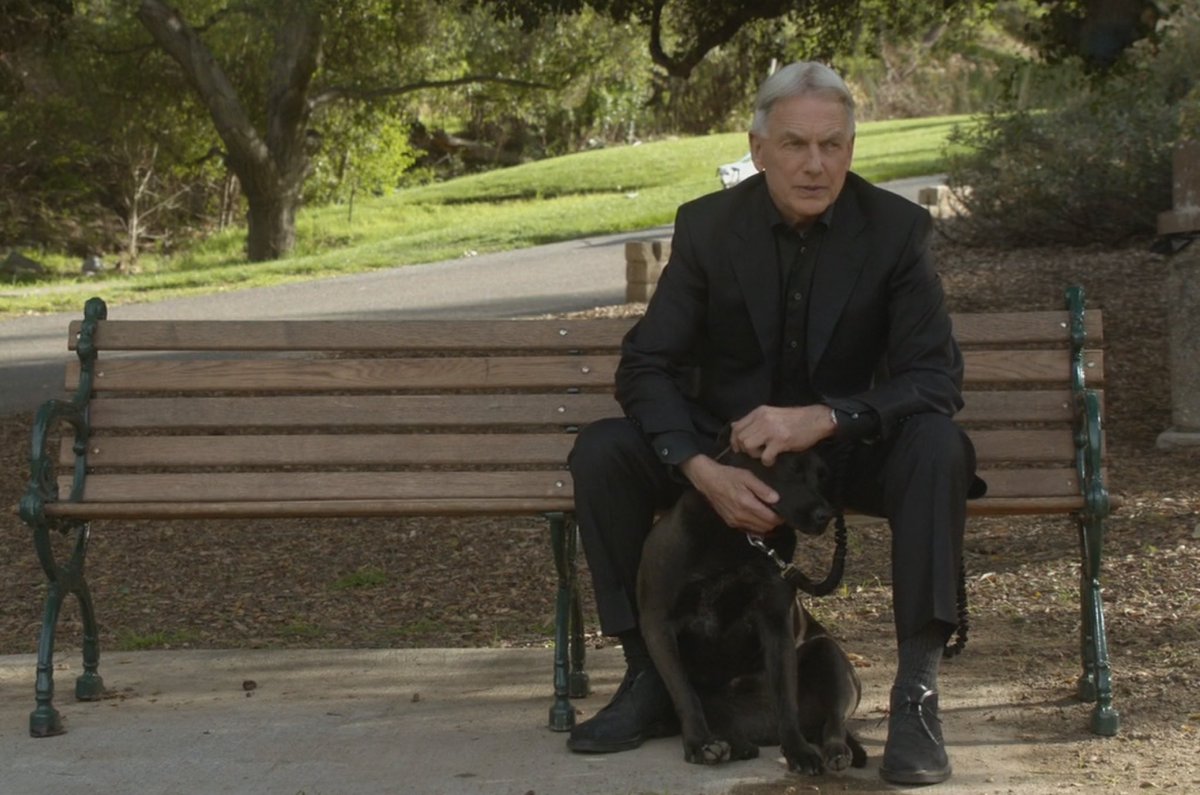 In season 13 episode 20, Gibbs is seen with a dog that bears a strong resemblance to Dave. Although it has never been confirmed if Harmon’s dog did indeed make a cameo or if it was another dog altogether, many fans love to believe that the dog in season 13 is Dave.

What Kind of Dog is Lucy?

In the series, Lucy is a Pit bull who develops a strong bond with Gibbs after he rescues her. Pit bull-type of dogs are descended from bulldogs and terriers. The group comprises different breeds such as American Staffordshire Terrier, American Bully, Staffordshire Bull Terrier, American Pit Bull Terrier, and sometimes even the American Bulldog. Unfortunately, Pit bull-type dogs have gained a reputation for being aggressive, possibly due to their history in dogfighting.

Another reason for this perception is the high percentage of dog attacks documented in the media, which includes a staggering figure of dogs belonging to this breed. However, it seems that many factors present a disproportionate idea about Pit bulls, and now there are many people around the world spreading awareness about the canines that can help people with their interaction with them.

Lucy in ‘NCIS’ is a victim of abuse who Gibbs feels very strongly for. When he first finds her, she is bleeding from a gunshot wound. In the later episodes of season 18, Lucy is seen living the good life at Gibbs’ home. There is no doubt that Lucy receives as much love from the cast and crew as she does from the fans.