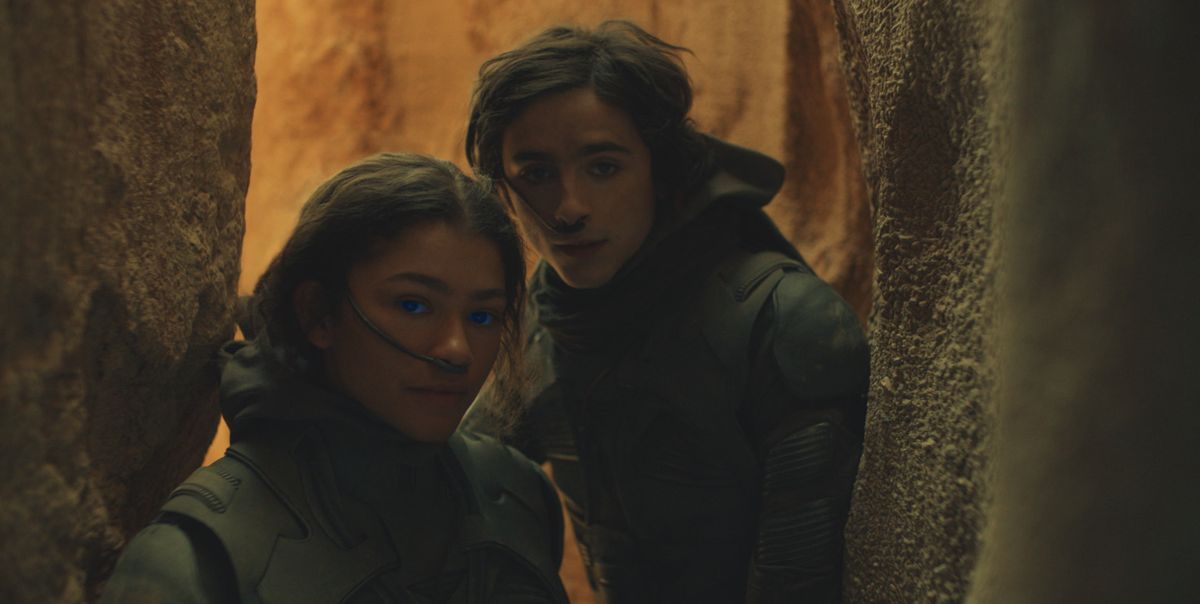 Paul Atreides (Timothée Chalamet), the scion of the House Atreides, is the primary protagonist of Denis Villeneuve’s ‘Dune’ film and Frank Herbert’s classic book series of the same name. In both the film and the books, he begins his journey with recurring dreams about the desert planet Arrakis and a mysterious Fremen young woman.

He travels along with his parents and the rest of the household when the Emperor of the known universe gives House Atreides the stewardship of Arrakis, where the most precious substance in the entire universe, Melange or Spice, is found in abundance. However, shortly after they arrive at Arrakis, Paul’s father is captured and killed by their family’s enemies, prompting Paul to escape with his mother. If you are wondering whether Paul dies in ‘Dune,’ this is what you need to know. SPOILERS AHEAD.

Does Paul Atreides Die in Dune?

No, Paul doesn’t die in ‘Dune.’ Before he and his family come to Arrakis, Weaponmaster Gurney Halleck makes it clear to him why the situation is dire. The production of Spice was previously controlled by House Harkonnen, who are infamous for their brutality and wealth. By giving Paul’s family the stewardship of the desert planet, the Emperor virtually condemned them. Leto knows this too, but he also realizes that he has no choice but to accept the Imperial order.

Hoping to make the best of a terrible situation, Leto works towards building an alliance with the Fremens. But then, the joint forces of the imperial Sardaukar troops and Harkonnen soldiers attack, killing most of the soldiers of House Atreides and capturing Leto, who dies while making an unsuccessful attempt on the life of his enemy, Baron Vladimir Harkonnen.

Suk doctor Wellington Yueh, who betrays Leto to save his wife, helps Paul and his mother Jessica get away. Paul’s powers continue to grow as he and Jessica try to survive in the desert. Later, Duncan and Dr. Liet-Kynes find them and take them to an abandoned ecological center. Here, Paul loses Duncan, another important person in his life. He and Jessica eventually find their way to the Fremens from the Sietch Tabr settlement.

To the Fremen, nothing, not even Spice, is more important than water. They even harvest water from the bodies of enemies and friends. Initially, that’s what Fremens intend to do when they encounter Paul and Jessica. However, Paul recognizes their leader, Stilgar, who he met at his father’s council. When Stilgar threatens Jessica, the latter easily defeats him, while Paul gains the higher ground with his gun in hand.

Eventually, a man named Jamis challenges Jessica as she has defeated Stilgar. Paul realizes that Jamis is the man from his vision, the one who is supposed to teach him the ways of the Fremens. He subsequently accepts the challenge as his mother’s champion. Before the duel, he has another vision, in which he sees himself dying, with an incessant voice whispering in his head that Paul Atreides has to die for Paul Muad’Dib to rise.

Chani, the girl from Paul’s dreams, is also there. She gives him her crysknife, made from the tooth of a sandworm, and wishes him an honorable death. Paul has also seen the knife in his dreams and is quite conflicted as he approaches Jamis for the duel. However, Paul eventually realizes that he interpreted his dreams in the wrong way. Jamis is his guide in the sense that his death will earn him and Jessica a place among the Fremens. Realizing this, he kills the other man. The film ends with Paul very much alive and now a member of the Fremen population.

Read More: Does Dune Have a Post-Credits Scene?