Does Tully Die in Firefly Lane?

Netflix’s ‘Firefly Lane’ is an emotional drama series that follows two childhood friends, Tully and Kate, as they stick together through the thick and thin of life. Based on the eponymous novel by Kristin Hannah, the series explores relationships, careers, childhood trauma, tragedies, and even death. Through different phases of their lives, Tully and Kate encounter several people and incidents that help them grow and test their friendship.

In season 2 part 1, one of the most significant parts of Tully’s arc is her accident. We only see glimpses of a red car, the beer pint keychain, and injuries on her face. But we do not know how it happens or why it happens. Most importantly, does this mean that Tully dies in season 2, part 1 of ‘Firefly Lane.’ Well, if you wonder about the same, look no further, as we’ve got you covered. SPOILERS AHEAD!

No, Tully Hart does not die in ‘Firefly Lane’ season 2, part 1. After she gets into an accident, she suffers from severe injuries to the spine and her face, but none of these are fatal. Over the next few months, Tully recovers, and her facial scars fade away as the year goes by. The accident occurs under a scenario that puts Tully in a morally grey area. When Tully and Marah spend time at their place, the latter asks Tully if she can go to a movie with her friend Ashley. Despite being grounded by Kate, Tully allows Marah to go but also cautions her to be safe. 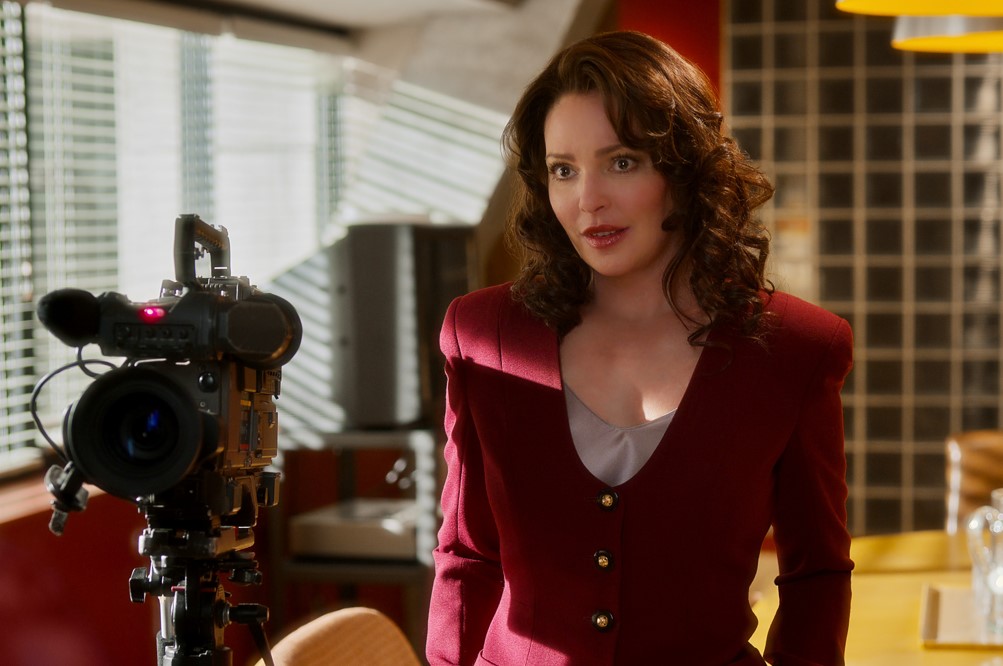 After a while, she gets a call from Marah, who is crying and panicking. Marah explains that Ashley took her to a frat party because Ashley wanted to meet her ex-boyfriend. After Ashley patched up with him, the two left Marah all alone with the boys. One of them started touching and groping her, so Marah hid in a closet. Hearing all this, Tully quickly jumps to her feet, grabs her car keys, and goes to the part to pick Marah up. Tully had a few drinks just before the call, but she realizes she feels okay and can drive.

Soon, Tully rescues Marah from the party, and the two are on their way back home. When Tully crosses a green signal, another car collides with hers at full speed, and Tully and Marah are injured. Later, Tully wakes up in the hospital, and we know she is alive. While Marah is alive, too, she suffers from multiple injuries like the former. Interestingly, the accident isn’t the first time Tully has had a near-death experience.

During her initial days at KPOC, before covering one of the events, Tully goes to a store to collect some refreshments. She realizes that a man has entered the store and is pointing a gun at the cashier. Since Tully has her equipment ready, she tells Johnny, who’s standing outside, and the two decide to turn this into a piece of news. While someone tries to get the cops, Tully talks into a microphone and reports everything that’s going on. Later, the man with the gun gets frazzled and unintentionally shoots Tully in the shoulder.

The police apprehend the man soon, and the team takes Tully to a hospital. Since the injury was only in the shoulder, Tully lives to see another day. Thus, Tully has come close to dying on two occasions but doesn’t actually die. Season 2, part 1’s climax jumps 10 years ahead of 2005, and we see Tully once again. All these instances mean that Tully does not die in ‘Firefly Lane’ by the end of season 2, part 1.