Don’t Breathe 3: Everything We Know 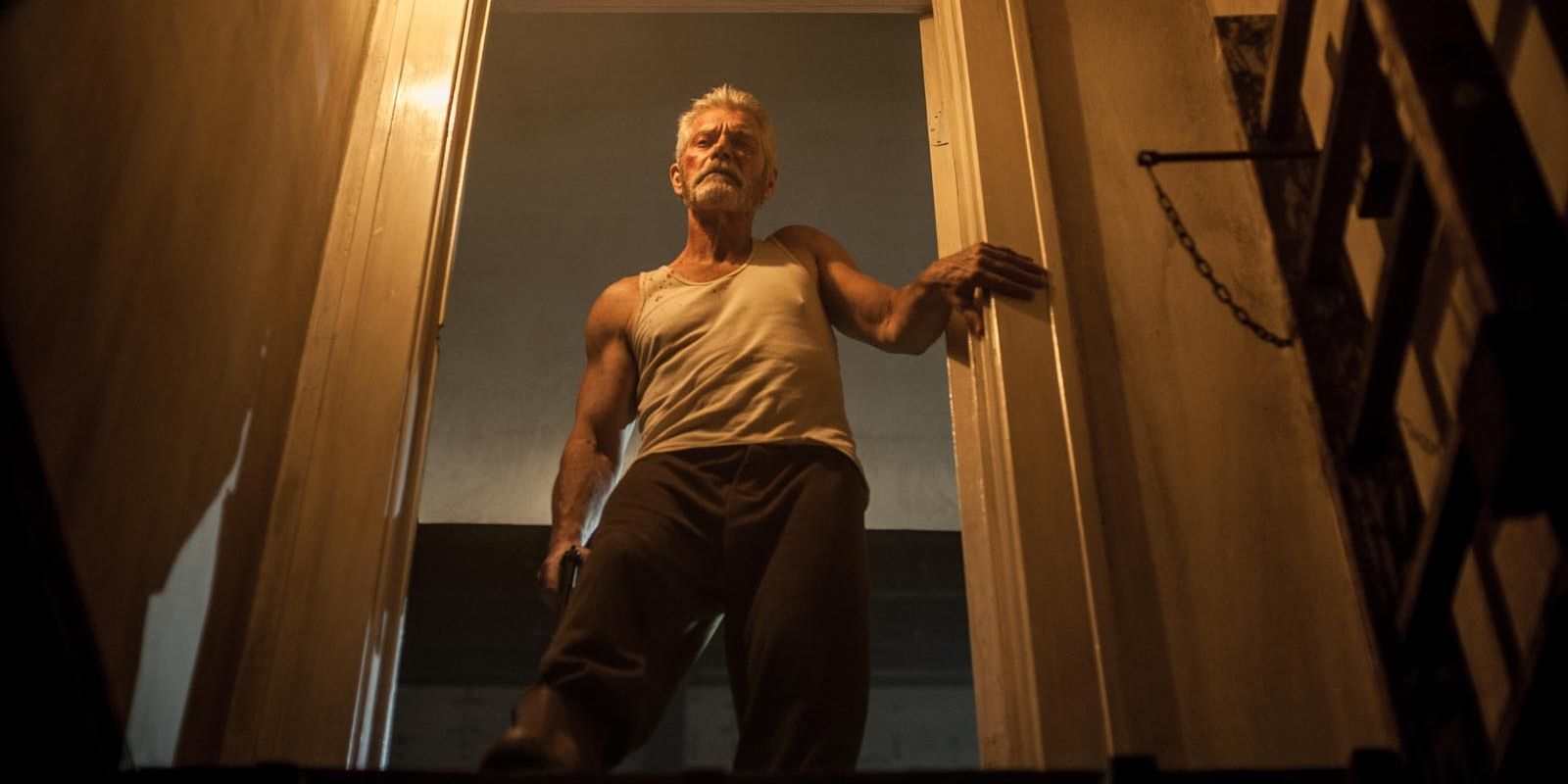 ‘Don’t Breathe 2’ is an intense thriller film that serves as the sequel to the critically acclaimed 2016 film ‘Don’t Breathe.’ Directed by Rodo Sayagues, the follow-up film is a delightful mixture of horror and thriller genres with some brutal action sequences. Set eight years after the events of the first film, it revolves around the blind military veteran Norman Nordstrom, whose adopted daughter, Phoenix, is abducted by a group of criminals.

The film brings a number of surprising twists that further invest the audience in Norman’s story. Naturally, viewers must be wondering if we will get to learn more about Norman in a potential third installment. In that case, allow us to help you by sharing everything we know about ‘Don’t Breathe 3.’

‘Don’t Breathe 2’ released in theaters by Sony Pictures Releasing on August 13, 2021. The film has received mixed reviews from critics and audiences alike.

In terms of a third installment in the franchise, there has been no official comment from the film’s producers at the moment. Lead star Stephen Lang spoke about the possibility of a third film in an interview with Comicbook. “I really have no idea, just as I had no idea when we finished Don’t Breathe that there was any life ahead. We told a complete story, and you have an obligation, as filmmakers, if you’re doing a sequel, certainly, it needs to be complete,” Lang said.

The ‘Avatar‘-fame actor added, “It needs to be … First, it needs to be as good or better than the first, and it also needs to be complete unto itself. We’re not just cycling through here to try to make something that goes on ad infinitum. That’s not interesting to me.” Although unsubstantiated reports suggest that a threequel is in early development, from Lang’s words, it seems like there are no immediate plans for ‘Don’t Breathe 3.’ However, the actor did not completely turn down the possibility.

A good story will be the key to the materialization of a potential third film in the franchise. Considering that ‘Don’t Breathe 2’ has a close ending that leaves little room for a follow-up, it will likely take some time to craft a new exciting story. Having said that, if the film performs as per the studio’s financial expectations, the development of a follow-up could be fast-tracked. Should the studio greenlight a sequel in the coming months and things work out smoothly, ‘Don’t Breathe 3’ could arrive on our screens sometime in 2023, at the earliest.

For ‘Don’t Breathe 3,’ only Lang and Grace are likely to return. Despite his character’s death, Lang could return in flashbacks or if the sequel explores the past of Norman. Most of the other supporting characters are dead by the end of ‘Don’t Breathe 2’ and are unlikely to appear in the sequel. A fresh crop of actors could join the franchise in the next installment.

Don’t Breathe 3 Plot: What can it be About?

In the climax of ‘Don’t Breathe 2,’ Norman fights Phoenix’s father and brutally beats him. Norman confesses to all the crimes he is accused of. Phoenix’s father, who survived the beating, stabs Norman, but Phoenix kills him. Norman then dies in Phoenix’s arms. The movie ends with Phoenix arriving at a shelter.

‘Don’t Breathe 3’ could focus on Phoenix as the main character. Her altercation with her biological family gives her a tragic and dark backstory similar to that of Norman. Therefore, she could struggle to find her self-identity, and Norman’s teachings could help Phoenix find her way through life. The sequel could also explore the 8-year gap between the first and second films. Norman’s past sins could come back to haunt Phoenix leading her into another battle for her life.