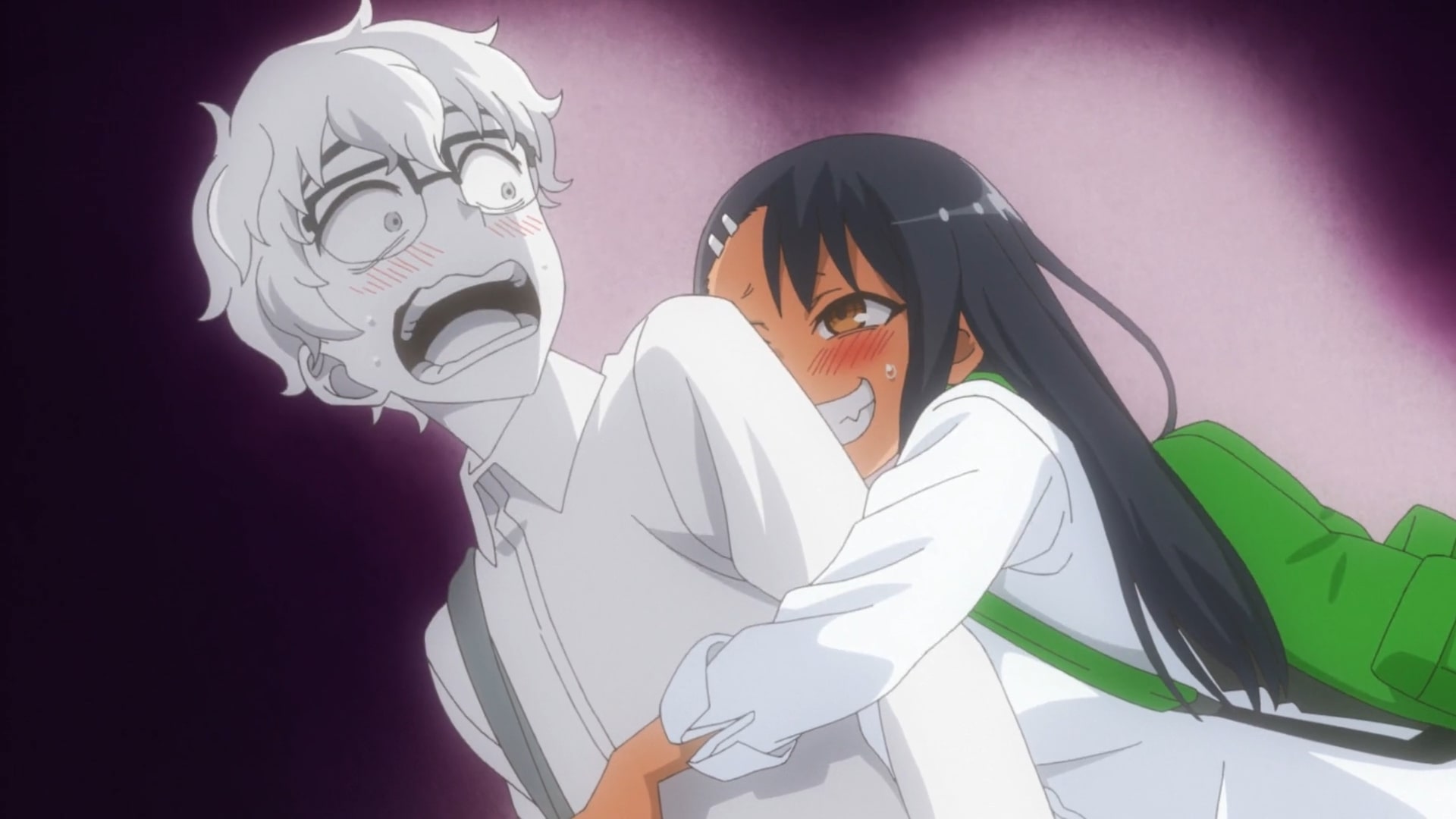 Away from the typical commotion of school life, Naoto quietly reads the romantic comic named Love Slave, which focuses on two students who share a similar relationship as him and Nagatoro. When Nagatoro suddenly enters the room to show her senpai the new shoes she bought, he immediately hides the book behind him. But she soon finds out what he has been reading and asks Naoto to reenact one of the scenes in which the girl makes the boy lick her shoes. 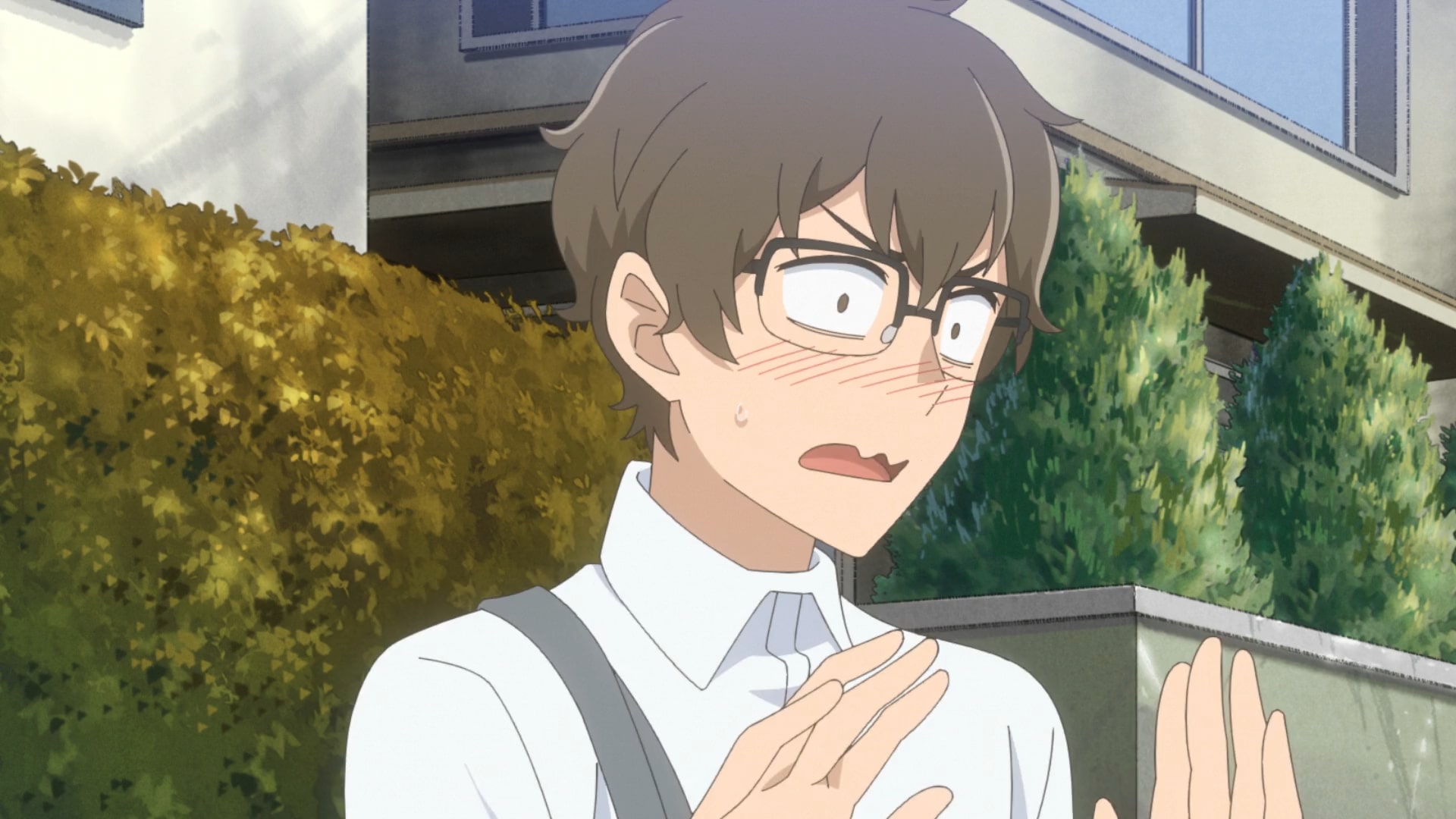 Nagatoro teases her senpai by picking up a water bottle and telling him that he will drop some on her new shoes to make him lick it. Naoto naturally tries to take the bottle away from him and accidentally some of it falls on his shoes. When Naoto bends and goes near his shoes, Nagatoro is scared momentarily that he might actually do what they have been talking about, but at the last moment, she notices that he is just cleaning it with a handkerchief. Later that day, as Naoto is walking back home, he notices Nagatoro walking ahead of him.

Naoto feels that he should greet her but overthinks his decision. When he turns around, he is shocked to find Nagatoro next to him, who starts teasing him for stalking her. When she learns that he was hesitant to greet her, she shows him many ways in which high school girls typically greet each other including the back hug. Nagatoro asks Naoto to try one of them but he is too embarrassed to do it. But he then trips and accidentally hugs her from behind while his hands end up touching her chest. 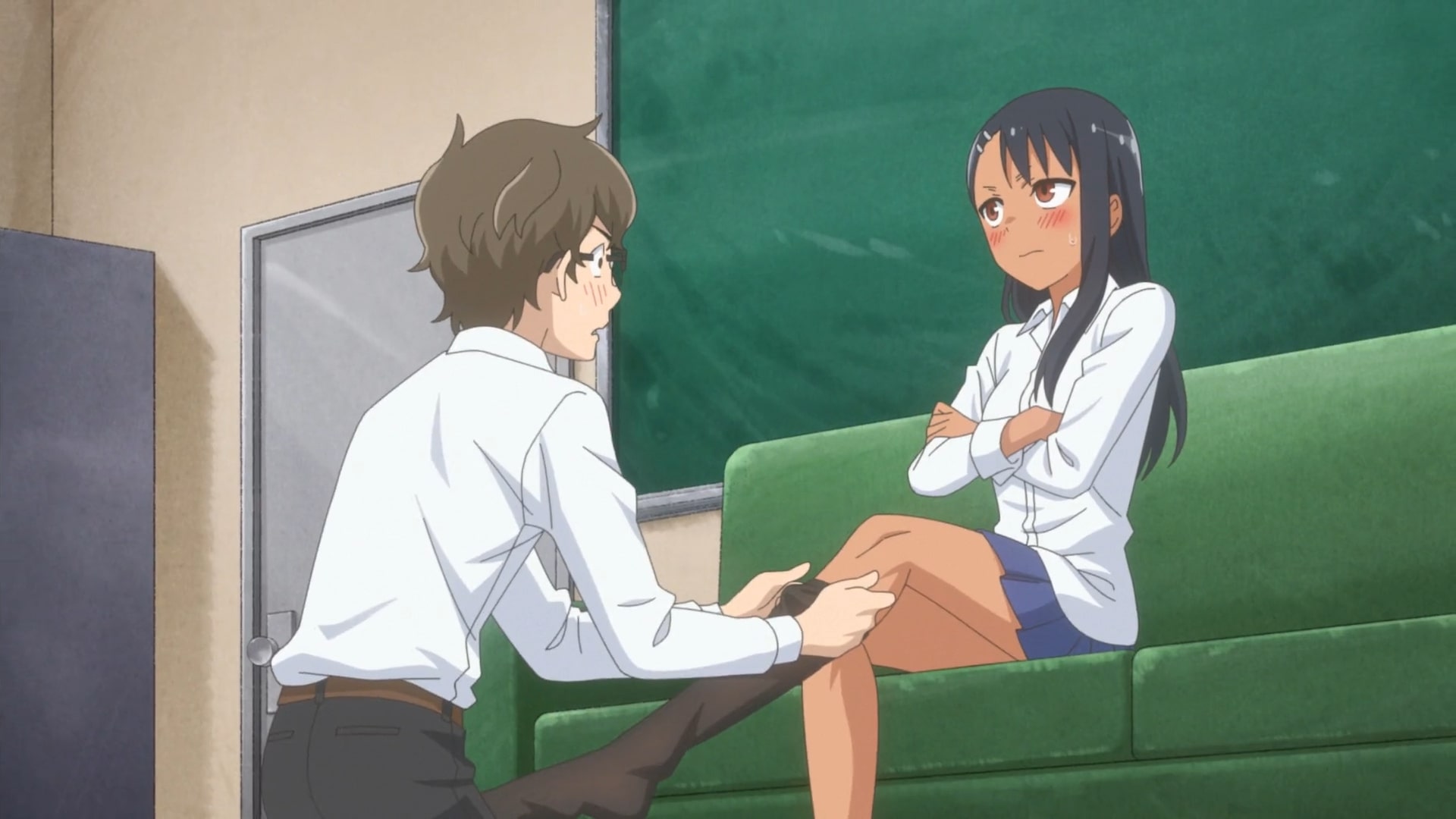 Although Nagatoro seems angry, she does not say anything. That’s when the eccentric duo is greeted by Maki and Yoshi who invite them to the cultural festival after-party. When the two of them are hanging out with each other the following day, Nagatoro complains that she feels too cold. She then shows her senpai the stockings that she plans on wearing. When she notices that Naoto probably likes her legs, she forces him to help her wear them. Naoto does as he is said but can barely keep his emotions in check. Although Nagatoro has asked him to do it, she also seems overwhelmed by feelings and tells him that he will put the other stocking herself.

Don’t Toy with Me, Miss Nagatoro Season 2 Episode 1 Ending: How Does Naoto Save Nagatoro From Embarrassment at the After-Party?

Nagatoro and Naoto meet Yoshi and the rest of the girls at a restaurant for the cultural festival afterparty. The food is delicious there and everyone seems to enjoy it but all of them keep bugging Naoto to pass them food as he is sitting next to the track. Therefore, he erroneously starts wondering whether they invited him just to make him serve them food. But this assumption soon proves to be wrong as Nagatoro serves him Hamachi Sashimi. 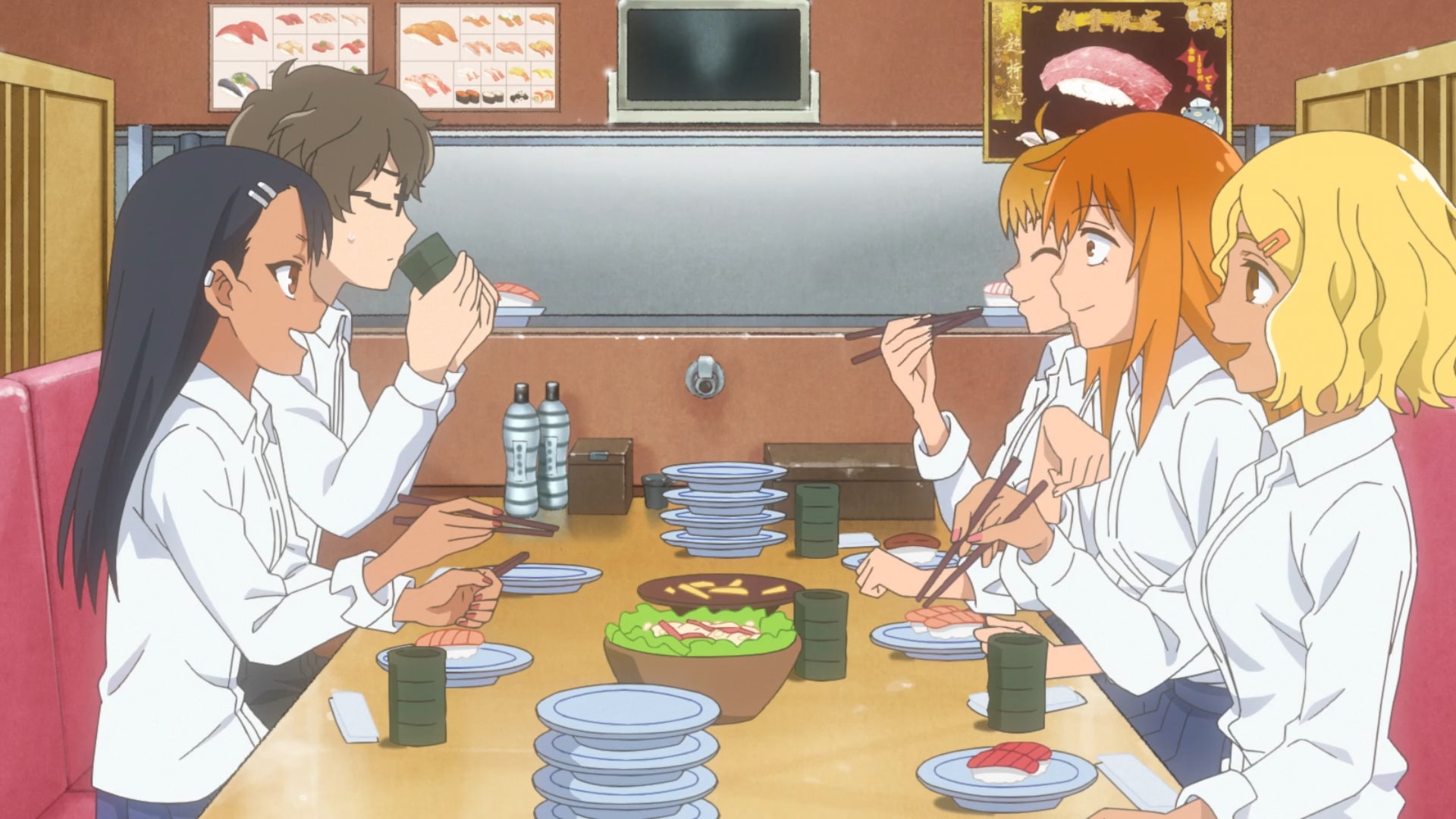 Nagatoro explains that he does not mind serving him food tonight since he worked the hardest at the cultural festival. She announces to her friends that they should treat him as the main character. Showing respect for Nagatoro’s demands, the girls there start offering Naoto all kinds of foods, which makes him realize that they are not as bad as he had imagined them to be. Maki then put salmon roe on the salmon and asks Naoto to try it.

Interestingly, it turns out to be quite tasty, which inspires other girls there to experiment in a similar fashion. Naoto loves the royal treatment as well as the food. But when it is Nagatoro’s turn, she jokingly replaces half of the cod roe with fish maw and calls it a miraculous encounter. After that, she kids about the fact that Naoto might be pregnant. The joke does not go well with anyone there and it leads to an awkward silence which makes Nagatoro regret what she just did. 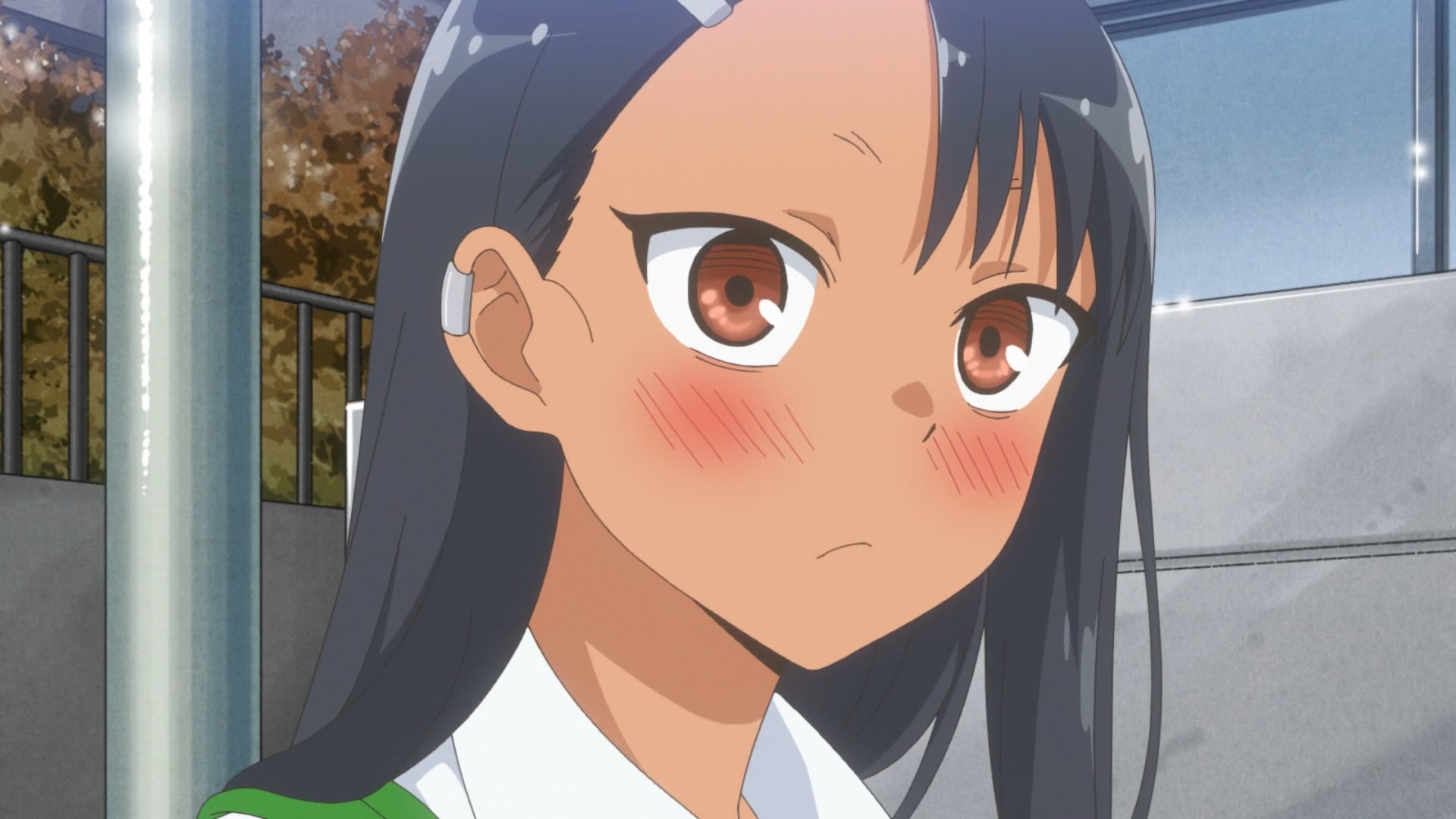 But Naoto notices that she is upset and ends up eating what she made. It turns out to be quite delicious and when he praises Nagatoro, she appears to get her confidence back. Although the duo shares a very annoying and eccentric kind of friendship, it is interesting that they can barely tolerate watching each other unhappy even for a second.

Read More: Is Don’t Toy with Me, Miss Nagatoro Season 2 on Netflix, Hulu, Crunchyroll, or Funimation?