‘Dopesick’ is a drama series that explores the vulnerabilities of its characters while examining America’s Opioid crisis. It is based on Beth Macy’s novel ‘Dopesick: Dealers, Doctors and the Drug Company that Addicted America’ and deals with the effects of OxyContin on pain management and society as a whole.

The third episode focuses on prosecutors Rick Mountcastle and Randy Ramseyer’s continued investigation of Purdue Pharma which is lying about their product. Meanwhile, both Finnix and Betsy are presented with difficult circumstances. Here’s everything you need to know about the ending of ‘Dopesick’ episode 3. SPOILERS AHEAD!

In ‘Dopesick’ episode 3 (titled ‘The 5th Vital Sign’), Richard expresses his desire to expand their supply of OxyContin outside of the USA and sets his sights on Germany. Meanwhile, in Finch Creek, Betsey continues to recover from her back injury, and Finnix decides to taper her off the opioids. However, Betsy soon begins to experience withdrawal symptoms. 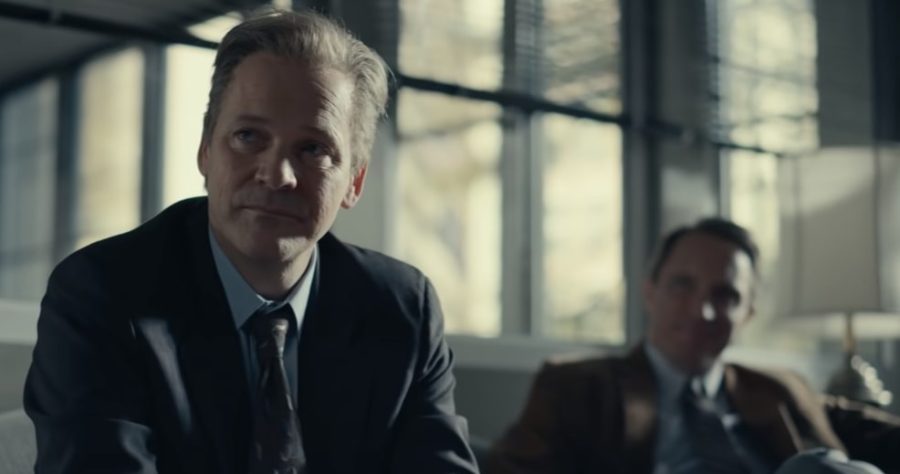 Purdue Pharma induces a plan to increase the sales of their products and create a movement in cohesion with America’s pain societies that establish pain as the 5th vital sign of a patient’s life. The company also instructs its sales reps to propagate the individualization of doses among doctors to drive up their sales.

Shifting to 2003, Mountcastle and Ramseyer make a criminal case against Purdue Pharma and present it to a judge. However, their demand for access to research and marketing documents pertaining to OxyContin is turned down by the judge, who deems their case is too broad.

Ramseyer undergoes surgery on his prostate cancer and refuses to take opioids for his pain. Meanwhile, Mountcastle digs into the backgrounds of pain relief organizations, support groups, etc., and discovers that most of them are funded by Purdue Pharma. Based on their findings, Mountcastle and Ramseyer make a substantial argument in court and gain access to the data they require to build their case further.

Dopesick Episode 3 Ending: How Is Purdue Pharma Deceiving Everyone?

It is pretty obvious that Purdue Pharma is lying about the effects of its drug. The company’s claims that OxyContin is less addictive in comparison to other opioids are false. In fact, OxyContin is seemingly more addictive than other drugs such as Vicodin. However, it is baffling that the company received the FDA’s approval and managed to get the drug in stores despite having such a “faulty” product. 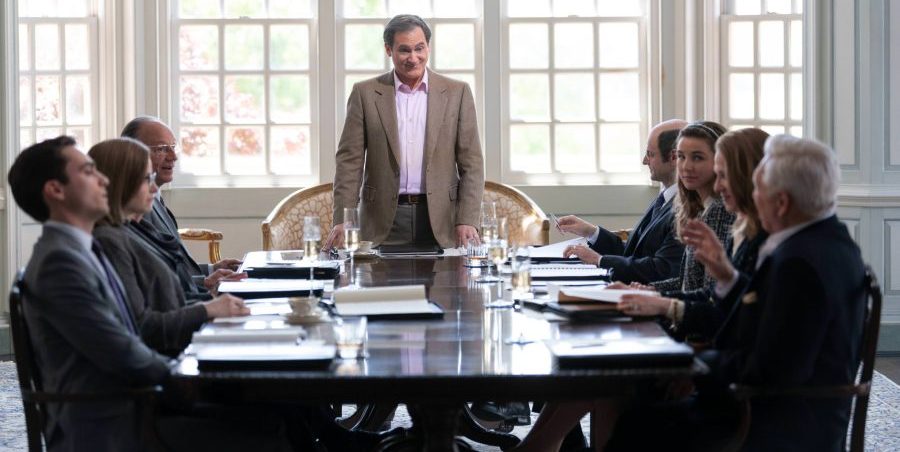 The ending of episode 3 reveals just how the pharmaceutical company maneuvered its way into the market. Firstly, it is evident that they bribed the Review Officer to approve their drug and obtain the misleading label that made doctors trust OxyContin. Secondly, they funded various organizations as fronts to direct those in need of pain medication or pain management to doctors who would prescribe larger doses of OxyContin. However, the DA’s office is onto the company’s malpractices, and it is only a matter of time before the truth about their misdeeds comes out in front of the public.

What Happens to Betsy?

In the episode, Betsy experiences withdrawal symptoms after she decides to give up taking OxyContin. Finnix advises her to cut herself from the drug slowly, but she instead throws away the tablets. Her withdrawal leads Betsy to cause an accident in the mines resulting in an injury to her coworker and legal issues for her employer. Her situation perfectly sums up the experiences of a person who doesn’t realize they are addicted. However, there is a more profound significance to Betsy’s decision to give up OxyContin. 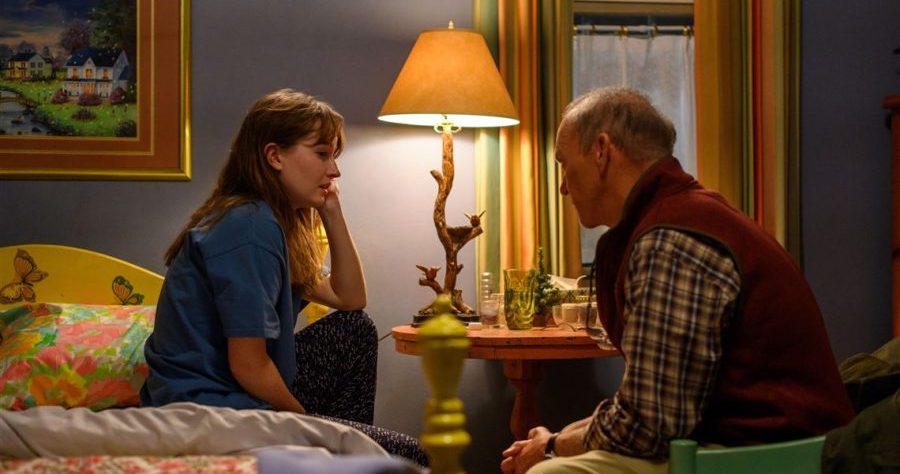 In the episode, she struggles to come out as a lesbian to her religious parents. She has been carrying the burden of not being her true self, and her back injury is a subtle motif for the same. Betsy’s decision underlines that her real pain is not only physical and stems from her parents’ unacceptance of her sexuality. Thus, her pain cannot be treated by the use of opioids. Betsy survives the accident in the mines, but it is likely that she will soon find herself on an OxyContin prescription, which is a stark reminder of the dreadful effects of the nationwide narrative about pain management created by Purdue Pharma.

Near the episode’s end, Finnix travels to Washington D.C. to meet his wife’s sister. The two talk about Finnix’s grief over his wife’s passing and his inability to move on in life. As he leaves Washington, he receives a call from his assistant, who tells Finnix about Betsy’s accident. Finnix rushes back home but meets with an accident on the road. Thankfully, he survives. The doctor tells Finnix that he has four broken ribs and suggests a high dose of OxyContin. The episode ends with Finnix contemplating whether or not to take the pill. 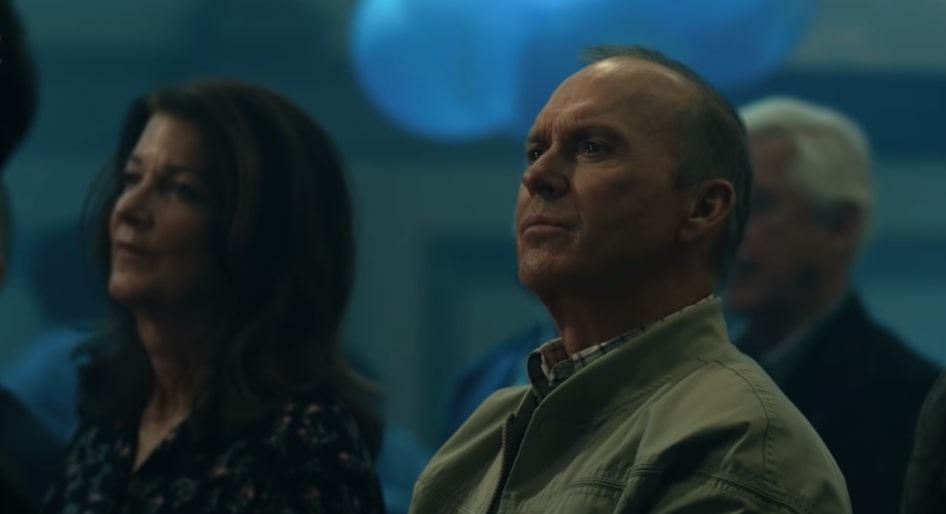 Finnix is presented with a moral dilemma in the form of the pill. In contrast to most doctors, Finnix is very cautious while prescribing OxyContin to his patients and always starts them off with a small dose, only increasing it if need be. Therefore, it is odd to him that the doctor would straightaway prescribe him a higher amount. Choosing to consume the pill would mean getting seduced by the narrative created by Purdue Pharma.

By creating a contrast between Finnix and the other doctors’ handling of OxyContin, the makers cleverly point out that the company’s greed is the real culprit, and the product itself might not be bad. In fact, Finnix himself is a vocal supporter of the product. The episode ends on a compelling note by foreshadowing the storm of moral conflicts that Finnix is bound to face as the Opioid crisis rages on.