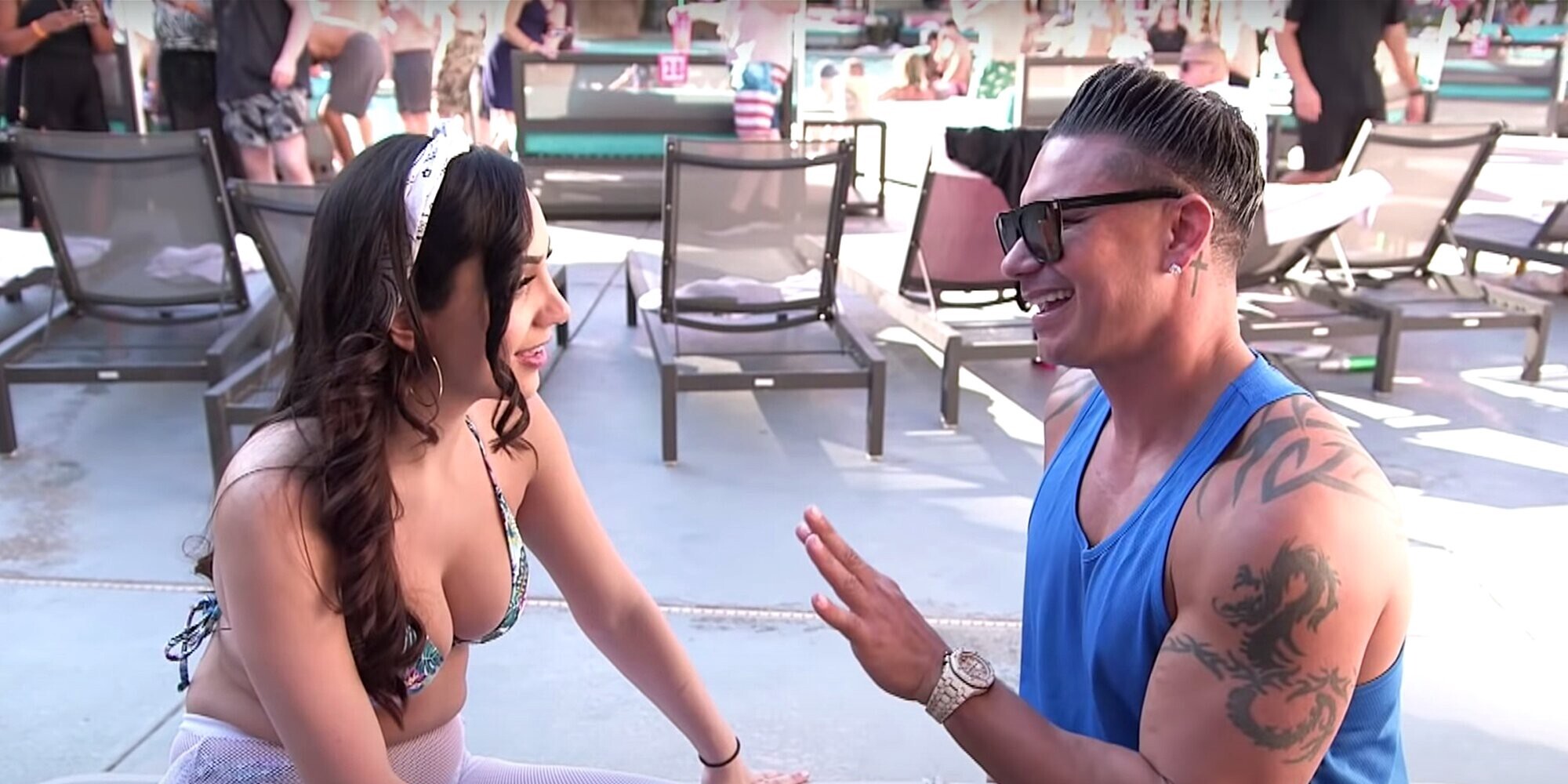 Things have gotten really interesting on the second season of ‘Double Shot at Love’ since Pauly dropped the L word on Nikki Hall. Pauly and Nikki’s relationship has been the center of attention of the season and the recent development has got fans confused about Pauly’s real feelings towards Nikki. In the latest episode, Vinny takes the roommates to enjoy a night at a strip club, where Brandon goes all out and brings a stripper back to the suite, much to Marissa’s chagrin. Despite playing cool in front of everyone, Marissa’s jealousy is evident. Meanwhile, the other boys put fart balloons underneath Brandon’s bed to prank him.

Since Pauly’s confession towards Nikki, a restless Derynn has been talking to everyone about how she feels this isn’t going to end well for Nikki. She fears Pauly might break Nikki’s heart again. Derynn begins to get on Brandon’s nerves because of her interest in Nikki and Pauly’s business. When Derynn finally confronts Pauly, demanding a clarification on whatever he said earlier, Pauly puts her in place by politely asking her to step away from other people’s business and advising her to focus on her life. Check out the recap at the end, for more on the episode. In case you’re looking for the details of ‘Double Shot at Love’ season 2 episode 13, we have got you covered.

Where to Stream Double Shot at Love Season 2 Episode 13 Online?

‘Double Shot at Love’ airs on MTV. It will release new episodes at the above time slot every Thursday night. So tune in to the channel each week at 8 pm ET and catch the latest episodes on tv. All you will need is an active cable connection. Otherwise, with a cable subscriber id, you can also head to MTV’s official site and catch the season online. You have the option to live-stream ‘Double Shot at Love’ without cable as well. Some of the popular live-streaming, cable-free platforms for cord-cutters are DirecTV, Fubo TV, Philo TV, and Sling TV. Otherwise, episodes are also available for rent on Amazon Prime Video.

The upcoming episode is going to be packed with a lot of surprises for the Jersey Shore boys and the beautiful ladies. Angelina Pivarnick, a face quite familiar to Pauly and Vinny might make a quick stop at the luxury suite to spend some time with the suitmates. We can expect the ‘Jersey Shore: Family Vacation’ star to stir the teapot and spill some tea among the ladies in the house. It will be interesting to know her opinions on Pauly and Nikki’s romance.

Fans of the reality star might look forward to her interaction with her frenemy Vinny, with whom Angelina shares a pretty hot and spicy history. Will Angelina’s appearance cause some tensions between Vinny and Maria? If not a rift, some sparks might certainly fly between them as Angelina holds a reputation of creating drama, wherever she goes. Also, Pauly might seize an opportunity to pull off an epic prank at Vinny’s book signing.

Read More: Are Pauly and Nikki From Double Shot At Love Still Together?