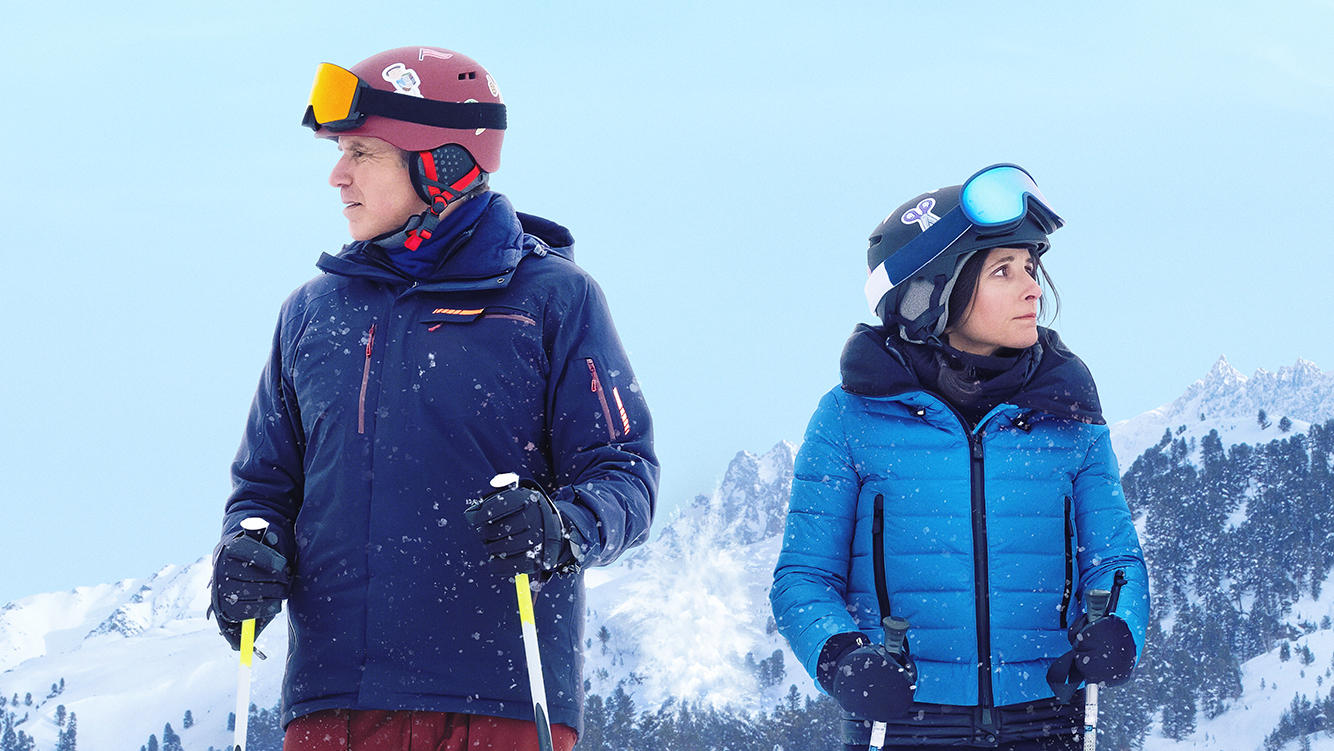 Based on the 2014 Swedish film ‘Force Majeure’, ‘Downhill’ tells the story of an American couple, Pete and Billie Stanton (Will Ferrell and Julia Louis-Dreyfus), as they travel to Ischgl, Austria, for a ski vacation with their two sons (Julian Grey and Ammon Jacob Ford). One day, while the family is having lunch, an avalanche suddenly occurs. With it coming their way, Pete leaves his family on the table and seeks shelter for himself.

While it turns out to be a controlled one set off for the enjoyment of the tourists, it has already left a lasting effect on the Stanton family dynamics. The offbeat film came out on February 14, 2020, and is directed by Nat Faxon and Jim Rash. Both Ferrell and Louis-Dreyfus deliver restrained performances in their respective roles, although there are numerous genuinely funny moments scattered throughout the film. SPOILERS AHEAD!

Pete and Billie have been married for a considerable time. Both of their sons are teenagers, and they have this sense of comfortability around each other which is generally exuded by people who have been together for a long time. Having lost his father eight months ago, Pete has been forced to deal with the notion of his own mortality. He keeps checking on the Instagram feed of a colleague named Zach (Zach Woods), who is making his way through Europe with his girlfriend Rosie (Zoë Chao). There is obviously a sense of envy there.

Well into his middle age, Pete finds himself vicariously living through Zach. When the avalanche incident happens, it compels both him and Billie to confront some uncomfortable issues about their marriage. The explosive spousal argument that was meant to happen immediately after the incident simmers for a while inside the two protagonists before it rushes out in a torrential fashion during a conversation with Zach and Rosie, who have come to Ischgl on Pete’s invitation.

There is a sense of longing in Pete as a character that Billie and their children often misinterpret as disinterest in their preferences and even well-being, especially after the avalanche. The death of his father has made him acutely aware that he, too, is growing older. For Pete, this trip was supposed to serve as a form of assertion of his control over his own life, but things definitely do not go well. His attempt to ski down a steep path ends in him tumbling down the hill. Later, a woman approaches him to tell him that her friend likes how he carries himself. But when he starts flirting back, he finds out that the woman who approached him had mistaken him for another man.

In the evening, he and Zach go to a nightclub, where he quickly becomes drunk, prompting Zach to leave with him. It is during that drunken stupor that he spills his heart out as he and Zach walk back to their hotel. When he eventually admits that he had panicked and ran away during the avalanche, Billie tells him that he should have said it during their original argument about the issue and walks away. With his family increasingly shutting him out, Pete can finally see that many of his actions were driven by selfishness and tries to amend that.

For most of the film, Billie is an image of perfection. She is the one who stays on the table with her arms wrapped around her two sons as the avalanche is about to hit. Unlike Pete, she is not going through a mid-life crisis and doesn’t put her own needs before those of her children. The two boys respond to it, as much as they do to Pete’s whims and perceived disinterest. After the avalanche, they become more and more distant from their father and cling close to their mother.

The climax of the film begins as the family prepares to ski down a mountain known as ‘The Beast’. Since he arrived in Ischgl, Pete has been talking about skiing there. While they travel to the top of the mountain, one of the boys, Emerson, admits that he hates skiing. A blast goes off in the distance, signaling another controlled avalanche, and both the children again cling to their mother. Pete realizes that it will take a long time for him to earn back their trust, but he can start right now. He declares that he is done skiing for the trip and takes the boys to the foot of the mountain to wait for Billie.

As she doesn’t show up when she was supposed to, Pete and the boys get worried. Pete hears her calling out his name and begins trudging uphill, looking for her. When he finds her, she seems to be alright. She explains that this is to help him win back the boys’ trust. But as far as their relationship goes, he has to show his total willingness to be part of the family. He agrees, and on her suggestion, picks her up in his arms. As he carries her downhill, they are met with their relieved children.

It is revealed in the closing scenes of the movie that there is more complexity in Billie than meets the eye. We got a glimpse of that earlier during her brief encounter with the ski-instructor Guillermo. Even during the big argument between her and Pete, she pulled their two children into the argument. This is once more underscored at the very end. While they are talking with Zach and Rosie, a pile of snow nearly falls on them, but they jump away from each other, saving themselves. It’s a clever way to end the film, showing that even Billie isn’t perfect. Faced with an almost similar situation, she makes the same choice as Pete.

And then, there is the other couple. Zach and Rosie’s relationship serves as an important subplot in the film. Zach is clearly not as happy as he claims himself to be. He wants children, but Rosie doesn’t. He wants to live close to his family in the US, but Rosie wants to stay in Europe. Rosie even tells Billie that if Zach did something as terrible as Pete, she will first hurt him and then leave him. For her, “it’s all black and white.” However, when the pile of snow falls, she and Zach jump away from each other, just like the Stantons. Clearly, a lot of self-reflection is involved in the near future of each of these characters.