Investigation Discovery’s ‘Deadly Affairs: Betrayed By Love: Tempted by the Fruit of Another’ covers two brutal murders, one of the victims being 47-year-old Haval Ravin in San Diego, California, in November 2004. The investigators caught the killer within days of the homicide, but a shroud of mystery still covers the case. If you’re interested in the killer’s identity and current whereabouts, we’ve your back. Let’s begin then, shall we?

How Did Dr. Haval Ravin Die?

Born on October 14, 1957, Dr. Haval Ravin ran a fertility clinic in San Diego, California. In November 2004, the physician was divorced and lived with his teenage son, Rizgar R. Ravin, in his Del Cerro home. Haval was known to host parties at his residence and enjoyed a particular affinity towards Middle Eastern dancers. The 47-year-old Haval was a good-natured and generous individual. Hence, it came as a shock to his family when he was found dead in his apartment. As per court documents, Haval and his teenage son were at home all evening as he talked with his girlfriend on the phone and shared jokes.

Rizgar drove to his mother’s apartment around 10:00 pm, and that was the last time he saw his father alive. When he returned home at approximately 2:15 am, he noticed all the lights were on, including the front door porch lights. As he reached the main entrance, he was shocked to find the walkway and the stairs covered in blood. As he frantically called his father, he got no answer when he noticed the silhouette of a person through a window. He immediately called 911, and the officers arrived to find the individual gone.

The investigators noticed a strong odor of bleach as soon as they entered the house, along with blood swirl marks on the floor tiles, revealing an attempt to clean up the blood. Thye found Haval’s body by the garage door, with a small ladder lying nearby. He had multiple stab wounds on his body, with one fatal injury to the neck severing his jugular vein and penetrating his spine. The medical examiner observed numerous injuries to the abdomen, with one severing the iliac artery. Along with countless minor cuts and abrasions throughout the body, there were stab wounds to the back, biceps, and testicles.

The officers of the San Diego Police Department found two sets of bloody shoe prints near the front entrance, with one having a waffle-pattern sole while the other belonged to Adidas sneakers. The first shoe, a size 10-1/2 man’s Paolo Mondo dress shoe, was found in the bushes near the rear fence. While Haval’s blood was on the shoe, the investigators also found semen from an unidentified source inside it. They also located two blankets covered with the victim’s blood near the fence. The authorities also found a blood spot that did not belong to Haval on a light switch in the house. 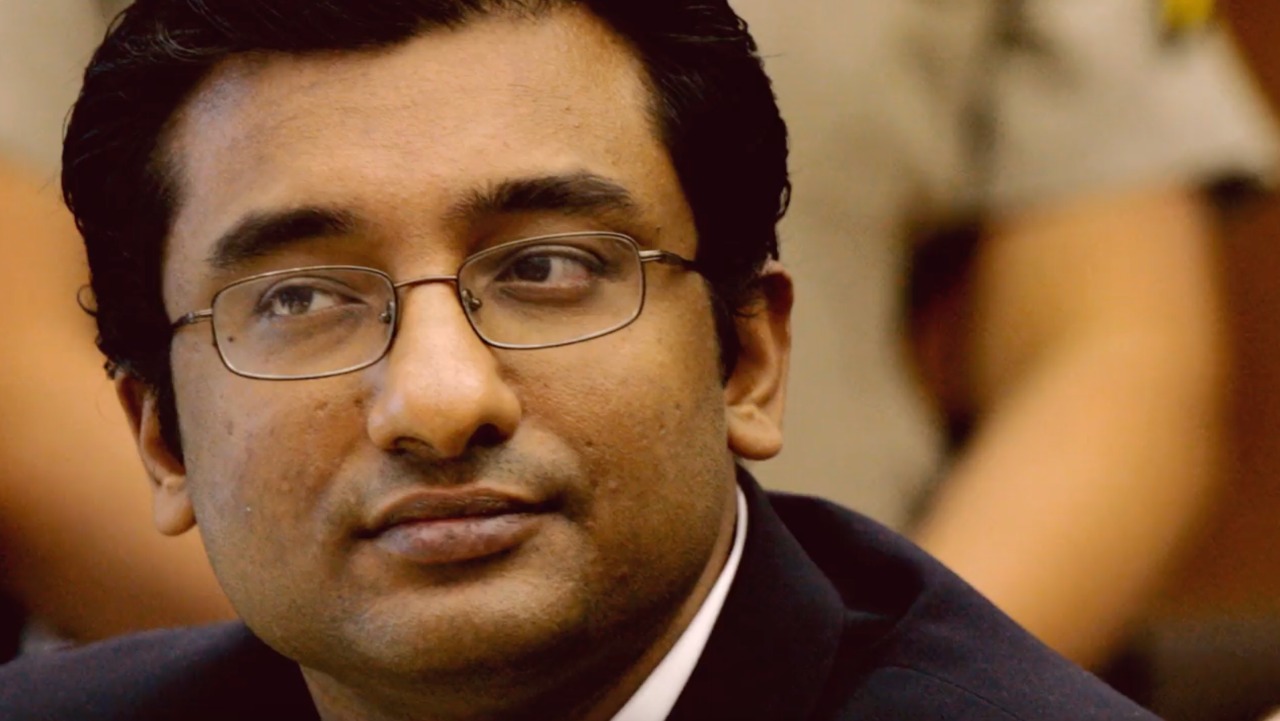 The detectives interviewed Haval’s neighbor, Colin Huntemer, to learn he had heard screams from somewhere near Haval’s home at around 11:30 pm. However, Colin went to bed when he did not hear any other suspicious noise. They also questioned Rizgar and came to know about his father’s married girlfriend, Vilia Varghese. According to the show, she was a computer professional who did belly dancing as a hobby and met Haval in one such performance. Rizgar also told them how Haval had conflicts with Vilia’s estranged husband, Parakkamannil Koshy Bilji Varghese, over his relationship with the latter’s wife.

Officers reached Bilji Varghese’s residence on November 12, 2004, at around 9:45 pm to find a strong odor of bleach present inside his apartment as well on him. There were multiple scratches, abrasions, bruises on his forearm, hands, and neck, and a severe cut on the middle finger of his right hand. The investigators also had additional evidence against him when his DNA matched the blood spot found inside Haval’s home, though Bilji emphasized he had never been inside the victim’s house.

The detectives also located a stain remover purchased on the day and a receipt inside Bilji’s home. The case was cemented when they found his laptop in the car with incriminating searches involving the terms “Revenge+Bagavad Gita,” “Revenge,” “Adultery,” and “Law.” He had also conducted name searches for “Vilia” and “Haval,” searching for their images online. Bilji was arrested and charged with the first-degree murder of Haval.

Where is Bilji Varghese Now?

The prosecutors told the jury how Bilji Varghese was jealous to know his former wife, Vilia, was dating Haval. Parakkamannil Koshy Bilji Varghese was convicted of first-degree murder with a finding he used a deadly weapon. He was sentenced to a prison term of 26 years to life. He appealed against his sentencing in May 2008 but was turned down. As per official court records, he is presently incarcerated in a prison cell at the Soledad State Prison.

According to the show, the evidence indicated a second individual was also informed in the murder or the clean-up of the crime scene. The episode further stated investigators found a glass at the scene with Vilia’s DNA on it. However, she was never charged and pleaded the Fifth Amendment when questioned by the authorities.