Who is Dragon on The Masked Singer? 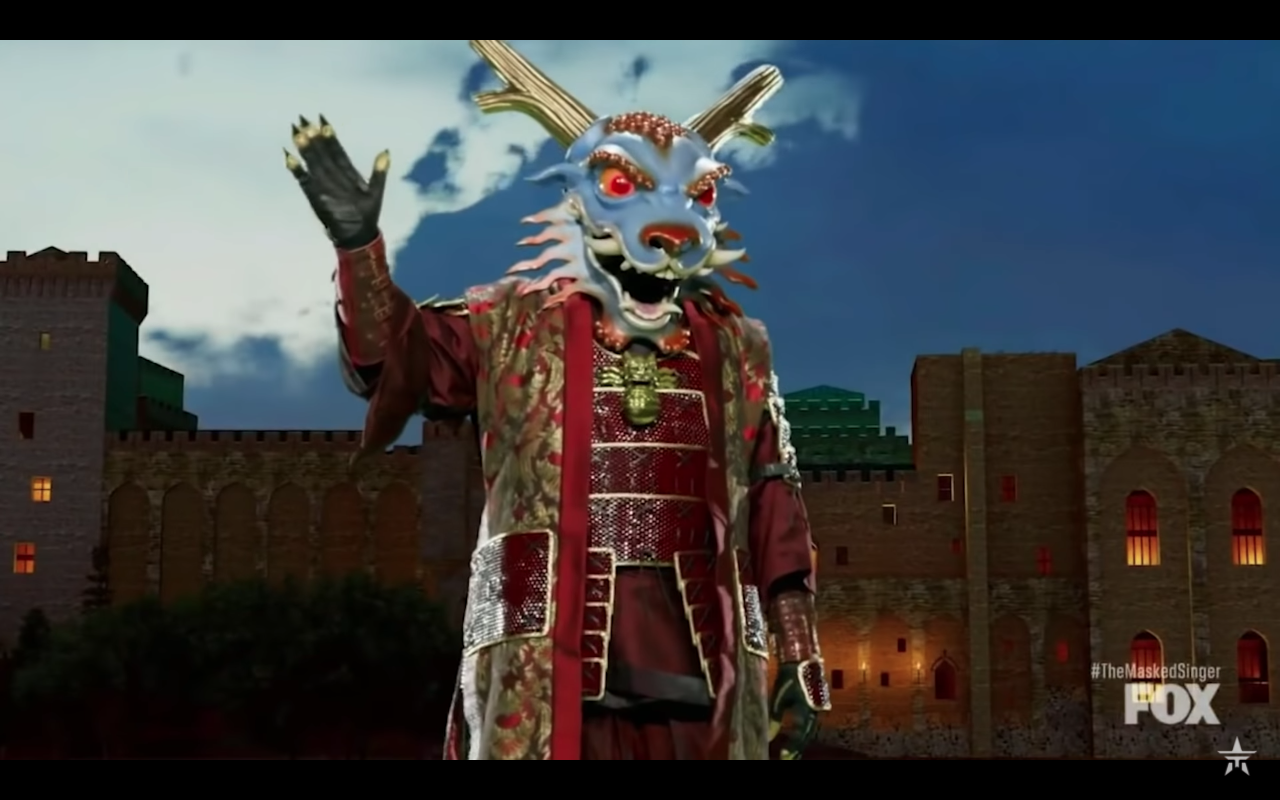 ‘The Masked Singer’ is a reality show where celebrities partake in sing-offs to win the Golden Mask trophy. However, it is no ordinary singing competition, as it ups the ante by having them wear a particular costume for all their performances. Nobody knows who is behind the mask, not even the judges. Therefore, this format has proved to be rather refreshing. Also, some brilliant yet unexpected performances have come to light. The costumes for season 4 were unveiled recently, and the curiosity of fans has been peaked! Well, let’s try to find out who could be the man behind Dragon.

Dragon is introduced as “Feeling bold, covered in red and gold.” Donned in an outfit inspired by the samurai culture, he cracks many puns and states that he simply wants to make the viewers happy. It is then revealed that for the mask’s construction, a dozen pounds of water-based clay and foam were used. The horns were made from PVC pipes, and the costume is handmade. (To see his introduction, skip ahead to 7:36).

The character then states that he relates to a dragon as he, too, is fired up. Apart from this, he also says that he has always been creative. However, the big clue is that finance holds the key to guessing Dragon’s identity. He tells us to look at stocks and bonds before we all make our guesses.

The stock market clue immediately made us think of the show ‘Shark Tank,’ which features Mark Cuban, Daymond John, Kevin O’Leary, and Robert Herjavec. Can you guess which investor had a singing career? It is Daymond John! In multiple interviews, Daymond stated that he wants to do good and inspire people, further corroborating the given hint. Therefore, he seems like the best candidate. The other judges were considered as potential candidates, but we soon found out that their singing talents were perhaps better suited off stage.

However, it would be remiss if we did not tell you how we reached this conclusion. ‘Enter the Dragon’ and the band Imagine Dragons were referenced in the introduction. In fact, the band has a well-established career in music and also has a massive fan base. After three nominations, Imagine Dragons even took home a Grammy in 2014 for the Best Rock Performance. But we were doubtful that the hint would be this obvious.

So, we pondered over each word and realized that we had to pay more emphasis to the stocks and bonds part of the segment, and so, this guess was rejected. Chef Bobby Flay was also a contender. After all, he was the first celebrity chef to get a star on the Walk of Fame. (Amongst the lineup for this season, there are a total of four such stars). Plus, his food has brought joy to many, and he even worked on Wall Street before resuming his role as a chef. Alas, his singing skills could not be determined. So, the ‘Shark Tank’ theory reigned supreme.