Where Are Drew and Rosie From ‘Marrying Millions’ Now? 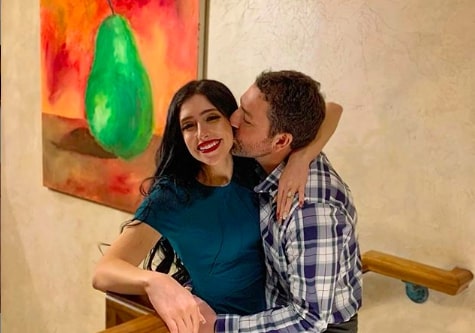 If you have grown up watching ‘Cinderella’ and idealized that dream, then, Lifetime’s ‘Marrying Millions‘ as you know is a contemporary take on this notion of romance with a practical edge. The show follows the lives of couples who are divided by the weight of their pockets but united through the love in their hearts for each other. The TV show that premiered in July 2019 has built up massive audience since then.

This TV reality show takes its viewers through the day-to-day lives of couples who, despite their differences, try to find a common footing through their interest in each other. At times, when the audience speculates the authenticity of their relationship, they have surprised the onlookers by moving further along the lines of commitment to marriage.

How Did Drew and Rosie Meet?

Ardent fans of ‘Marrying Millions’ need no prior introduction to season one’s famous couple, Drew and Rosie. Drew, a 41-year-old who owns a construction company, met Rosie, a college graduate, through the SugarDaddy website. The two fell in love and faced many ups and downs through the course of their relationship. The couple who tried to keep the story of how they met under wraps was a constant source of curiosity throughout the show.

Rosie finally married her ‘Drew Daddy’ after many obstacles that were thrown her way, the main one being her conservative family’s disapproval of Drew. The second reason for some tension was the ‘Costa Rica’ wedding, which was resolved when the two finally tied the knot. Viewers who stuck through their journey and still wonder where they are might want to read on to find out what they are up to these days.

Drew and Rosie: Where Are They Now?

It is fair to say that they still seem very much married based on their Instagram posts and stories. The couple who were quite secretive about how they met, continues to be less public about the various events in their lives. Drew is a committed companion to his two rescue dogs Chewy and Kilo.

Drew isn’t quite obviously vocal about his married life on Instagram, unlike Rosie. This could be due to the fact that he is older and is less about the glam life on Instagram. Rosie’s profile, however, hints at what the couple is up to now and then. She has a dedicated category of stories in which she shares pictures of her dates with Drew. A few months back, she spoke on IGTV, on a Q and A session about her insights on love and relationships. She said:

“…Like I said before, you only get one life, and you need to focus on just giving love to the people who support you and who you don’t have to change for, rather than being somebody you are not, for people who are not going to appreciate you, the way you are.”

She even up opens up about the ‘age gap’ that many of their fans find peculiar. Rosie says that she feels attracted to men who are significantly older to her due to their experience and maturity level. In comparison, someone her age feels more like a peer or brother. Even during the show, the audience could see how Drew always kept many discussions grounded in reality for Rosie.

Recently, Rosie wished Drew on his birthday and stated that she is happy to be quarantined with her buddy. To the curiosity of much of their audience, she revealed the details of one of the incidents that went behind the scenes of ‘Marrying Millions’ where they both went to meet a psychic. This, however, did not make it to the screen.

The couple is still together and going ahead with their marriage full throttle.

Read More: Where Are Shawn and Kate Now?