Marrying Millions Couples: Where Are They Now? 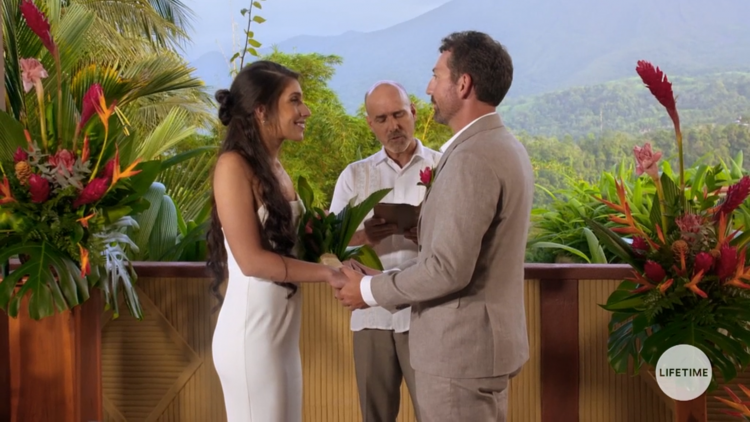 If you are on this page, you must be a huge fan of Lifetime’s docuseries, Marrying Millions. And you will already know about its format. We are introduced to a bunch of couples where one partner is extremely rich and the other? Well, not so much. So, when they decide to tie the knot, the question that obviously crops up is: is this true love or simply, lust for money? And even if it’s the former, can the individuals from a relatively modest background live up to the demands of a lavish lifestyle?

Seeking to answer these very questions, season 1 of Marrying Millions introduced us to six couples — with two of them tying the knot and the rest staying either single or continuing to date. With another season due to hit tv screens soon, fans want to know the status of the featured lovebirds in season 1. Are they still together or have they split already? Here is the Marrying Millions couples update you have been looking for.

Yoga instructor Megan and fiancé of Sean Lourdes already had a five-year-old son when they first appeared in the show. Sean is the grandson of Don Julio Lourdes, the founder of AUGE Media Publishing. In the season 1 finale, the couple ended up tying the knot after having faced pressure from Sean’s father, Emili. He wanted them to get a prenup. But the pair decided to go ahead without the prenup and married at Cypress Sea Cove in Malibu.

Currently, Sean and Megan are together and pretty much in love. You can check out one of the cute pictures from Sean’s Insta handle where the fam is seen vacationing in Dubai.

Rapper and entrepreneur Shawn and singer Kate had multiple hiccups in their relationship — something that was apparent in the series. The latter even doubted everything that Shawn gifted her. A major feud broke out between the two in the season 1 finale when Shawn gifted her a “diamond” bracelet, which was, in reality, Cubic Zirconia.

According to updates, Shawn and Kate are still dating and it’s still not sure if they are going to end up getting married. However, a glimpse of their social media handles shows both Kate and Shawn being busy in their careers. We bet they have moved on and decided to go their separate ways.

LA-based real estate agent Gentille and actor Brian got engaged in season 1 but eventually did not end up getting married. And their chemistry in the show definitely seemed off. Currently, we could not locate an Instagram profile for Brian but there’s one of Gentille and she does not look like she has anything to do with Brian as of now. A look at her handle and she seems to be doing pretty well on her own while managing her boutique.

Drew, the wealthy owner of a construction and landscaping company was seen to be totally hooked to his college-going girlfriend Rosie. Coincidentally, they met on SugarDaddy.com. In Marrying Millions, they ended up getting engaged and then finally saying the vows in Costa Rica. And are they still married? Apparently so.

Both of them were seen enjoying their quarantine alone time together and spending some cozy moments. Here’s another picture of the lovebirds where Rosie has wished her husband on Valentine’s Day 2020.

The oddest couple in the show and maybe who proved that love knows no age is Briana and Bill — who have almost a gap of four decades between them. Bill is the president of Dunhill Partners Inc and although the couple did not end up tying the knot, they are still dating.

The couple has been seen together in several public events and although they have received backlash from fans, claiming that their relationship is fake, they have managed to prove that love recognizes no bar.

Katie is a singer and Kolton is an entrepreneur and a friend of Katie’s daughter. The couple had not tied the knot since neither was ready to commit for the long term when the show was being filmed. Although reports say that they are currently dating, we highly doubt the authenticity. Both of their public social profiles showcase them being busy in their respective professions.

We do hope to see some of the above stars making comebacks in the next season and give us more insights into their current whereabouts. Until then, keep tuned for more updates!

Read More: Are Colt and Larissa from ‘Day Fiance’ Still Together?