Earwig and the Witch Ending, Explained 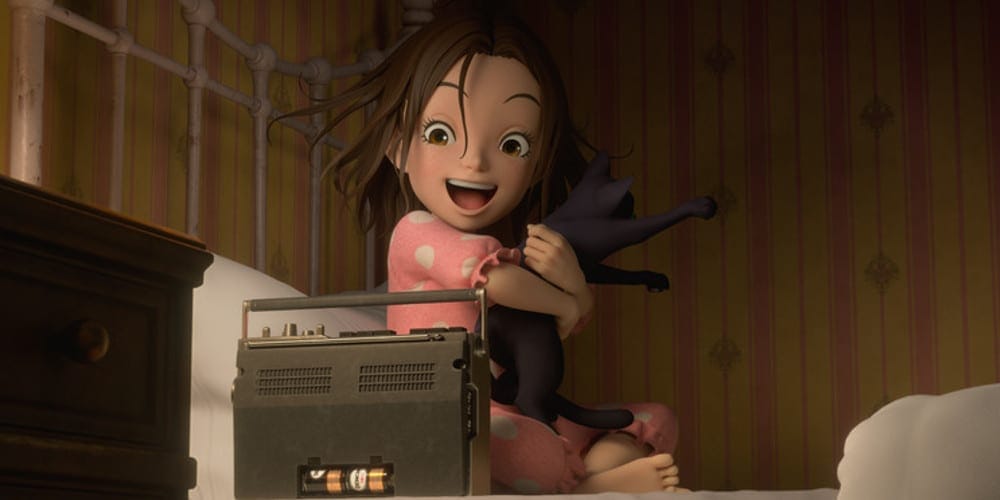 Based on the 2011 eponymous children’s novel by author Diana Wynne Jones, ‘Earwig and the Witch’ is the first fully 3-D computer-animated film from Studio Ghibli. Gorō Miyazaki (‘Tales of Earthsea’), the son of Ghibli’s co-founder Hayao Miyazaki, is the film’s director. This is Ghibli’s second adaptation of one of Jones’ works, after the 2004 Academy-Award-nominated ‘Howl’s Moving Castle.’

The movie tells the story of Earwig (Āya) (Kokoro Hirasawa in Japanese/Taylor Paige Henderson in English), an orphan who gets adopted by an evil witch and an even more dangerous entity. Faced with indifference and borderline cruelty, Earwig decides to do what she does best, charm her way into the hearts of her adoptive parents. Here is everything you need to know about the ending of ‘Earwig and the Witch.’ SPOILERS AHEAD.

Earwig and the Witch Plot Synopsis

The film opens with a red-haired woman racing away on her motorcycle. She casts a spell to confuse the people that are following her and then rides to an orphanage. On its doorsteps, she leaves her daughter with a cassette tape marked ‘Earwig’ and a note in which she explains her situation. She claims that she is being chased by 12 witches, promising that she will come back as soon as she loses them.

She also requests her daughter to be called Earwig. Predictably, the Matron at the orphanage doesn’t believe a word about the witches and thinks Earwig is too bizarre of a name for the delightful baby girl that she is holding in her arms. Instead, the Matron renames the child as Erica Wigg. 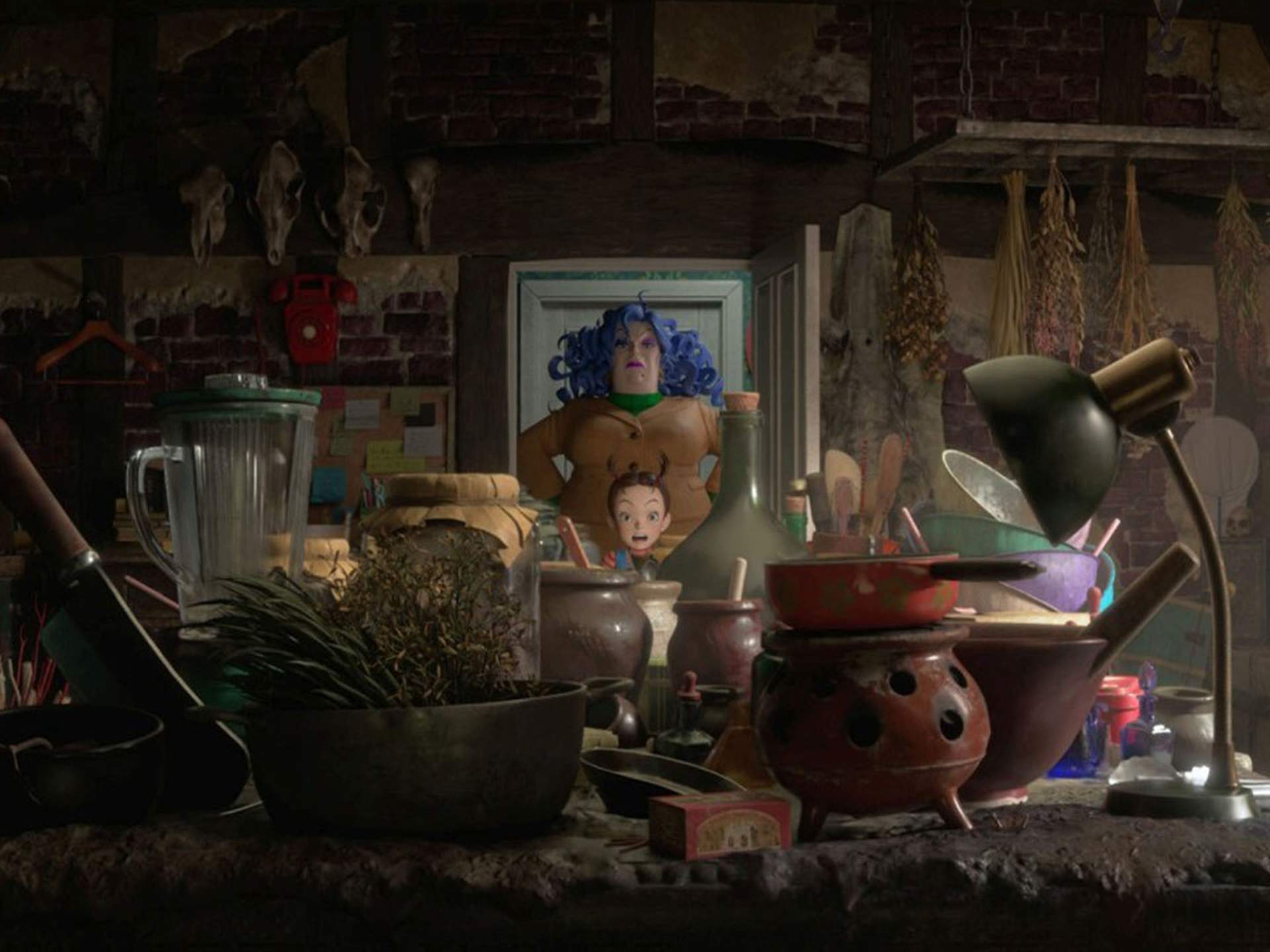 Several years pass, and now Earwig is the supreme ruler of the orphanage. Her word is law among the children residing in the institution. Her best friend Custard does everything she tells him to. Every adult there—from the Matron to the Cook—absolutely adores her. Energetic and opinionated, she has no desire to be adopted. However, that is what ends up happening during the next meeting between the children and prospective parents.

Early in the film, Earwig proclaims anyone who chooses to adopt her would be quite unusual. And she is proven right. She is selected by two people who are as unconventional as anyone can be. Bella Yaga (Shinobu Terajima/ Vanessa Marshall) is an angry and dour witch who constantly threatens Earwig that she will give her the worms. When she arrives at their home, Earwig makes Bella promise that the latter will teach her magic in exchange for doing all their chores. But that never happens.

The Mandrake (Etsushi Toyokawa/ Richard E. Grant), the apparent man of the house, is a mystery on his own. While their relationship is never really defined, it is evident that Bella is terrified of him, often telling Earwig not to do anything that would disturb him. He appears to be a powerful entity who has demons to do his bidding. Despite being confronted by such hopeless circumstances, Earwig doesn’t give up and resolutely works towards her goal of winning Bella and the Mandrake over.

Earwig and the Witch Ending: How Does Earwig Succeed in Making Her Life Easy?

Soon after Earwig steps into the home that she now will be sharing with Bella and the Mandrake, she discovers that the laws of physics don’t seem to exist within its walls. And it takes her some time to get used to it. She finds a new friend in Thomas (Gaku Hamada/ Dan Stevens), Bella’s “familiar” cat, whom Earwig often mistakenly calls Custard, after her best friend at the orphanage. Earwig realizes that Thomas is as exhausted with Bella as she is. When he tells her that there is a concoction that can protect them from Bella’s spells, she eagerly agrees to make it for both of them.

Despite his apparent indifference, the Mandrake finds himself deeply caring for the precocious girl. When Bella keeps making Earwig’s life miserable, the Mandrake brings Earwig shepherd’s pie from the orphanage, knowing that she loves it. Their mutual love for music reinforces this poignant connection. 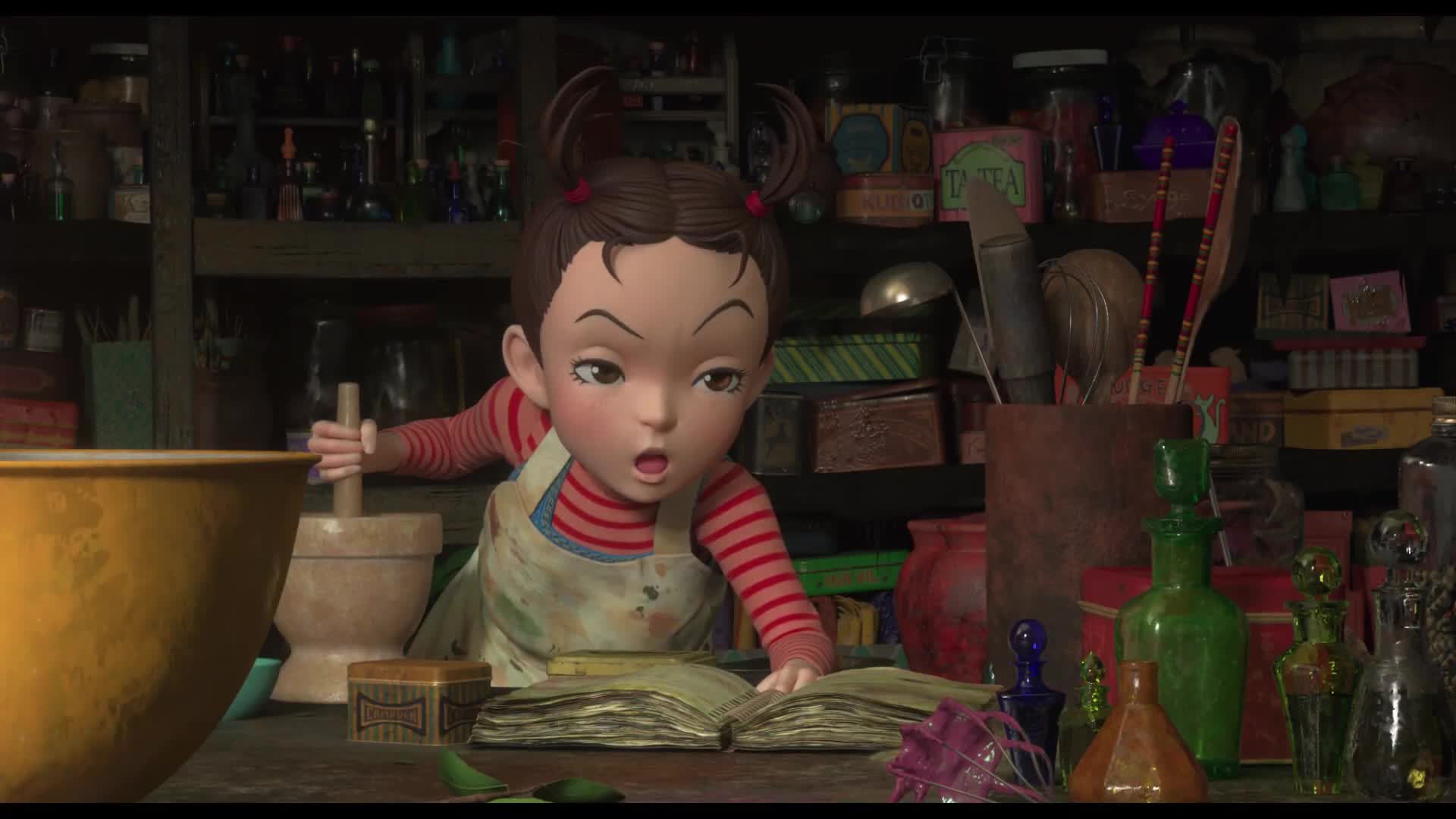 Bella adopts Earwig because she needs an extra pair of hands for her work. It is something she keeps reminding Earwig throughout the film. Feeling betrayed after Bella tells her that she has no intention of ever teaching her magic, Earwig casts a spell that gives Bella literally two extra hands. A furious Bella retaliates with the worm spell. But as Earwig and Thomas have already cast the counter-spell, the worms fall harmlessly on the floor. When Earwig tries to hide them in the bathroom, she ends up sending them into the Mandrake’s room, triggering his wrath.

Ultimately, it’s music that brings the three of them together. When Bella sees the ‘Earwig’ album in the girl’s room, it reminds her of the person she used to be – kind, compassionate, and a rock star. Since Earwig the band broke up, neither she nor the Mandrake has been themselves.

Only when Earwig, who happens to be the daughter of the absconding third member, becomes part of their lives, they truly start to heal. Both the Mandrake and Bella assume the responsibilities of adoptive parents. Bella teaches Earwig magic and how to play the drums while the Mandrake takes the family out for a picnic. As for Earwig, she finally establishes her supreme rule in her current home.

Why Is the Protagonist Named Earwig? Who is the Woman Standing with Custard?

Although the film never explicitly makes its characters acknowledge it, there is a tangible connection between Earwig and her adoptive parents even before she meets them. As mentioned above, Earwig’s mother is the missing member of Bella and the Mandrake’s rock group. The film doesn’t shed any light on whether either Bella or the Mandrake is aware that their friend had a daughter. They pick Earwig seemingly by chance, without any knowledge of who she really is. 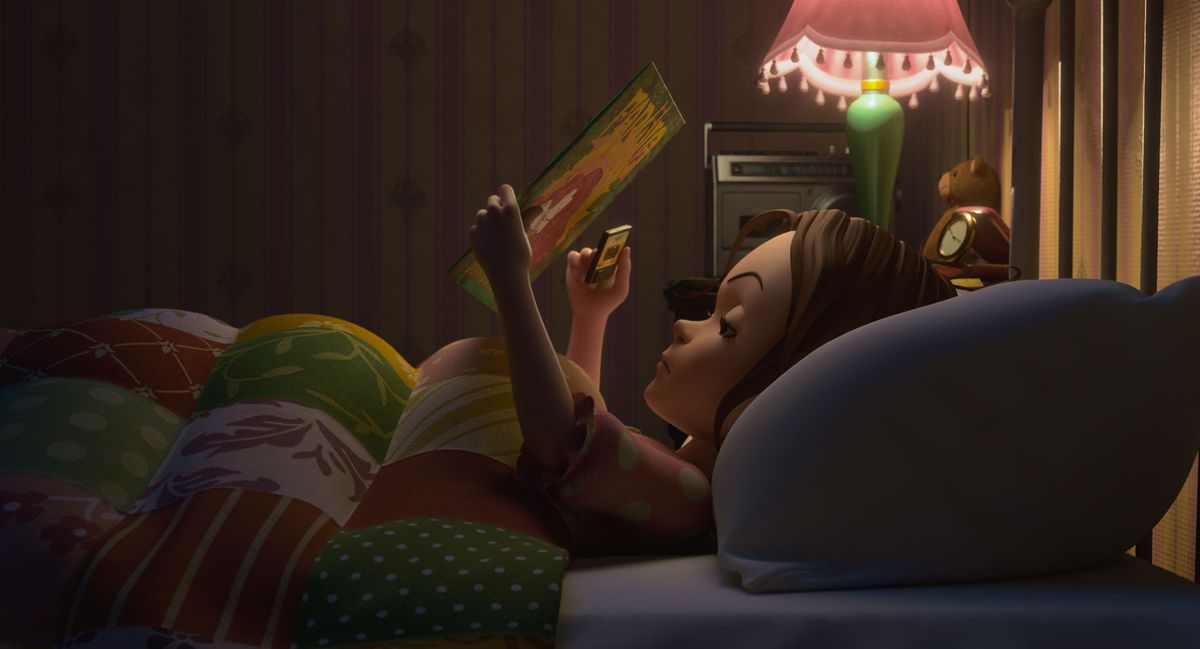 The woman whom Earwig finds standing on the doorsteps with Custard is her mother. The singer promised in her note that she would return when the witches were not chasing her any longer. She likely asked around at the orphanage before coming to the home of her former bandmates.

Earwig instantly recognizes her from the poster as the frontwoman of her adoptive parents’ band. The revelation that this woman is also her mother will happen later. Earwig serves as the catalyst to reunite her namesake band. In her early days in Bella’s home, that cassette that her mother left helped her cope with her situation. It’s only appropriate that she is the one who brings the three erstwhile friends and professional musicians back together.