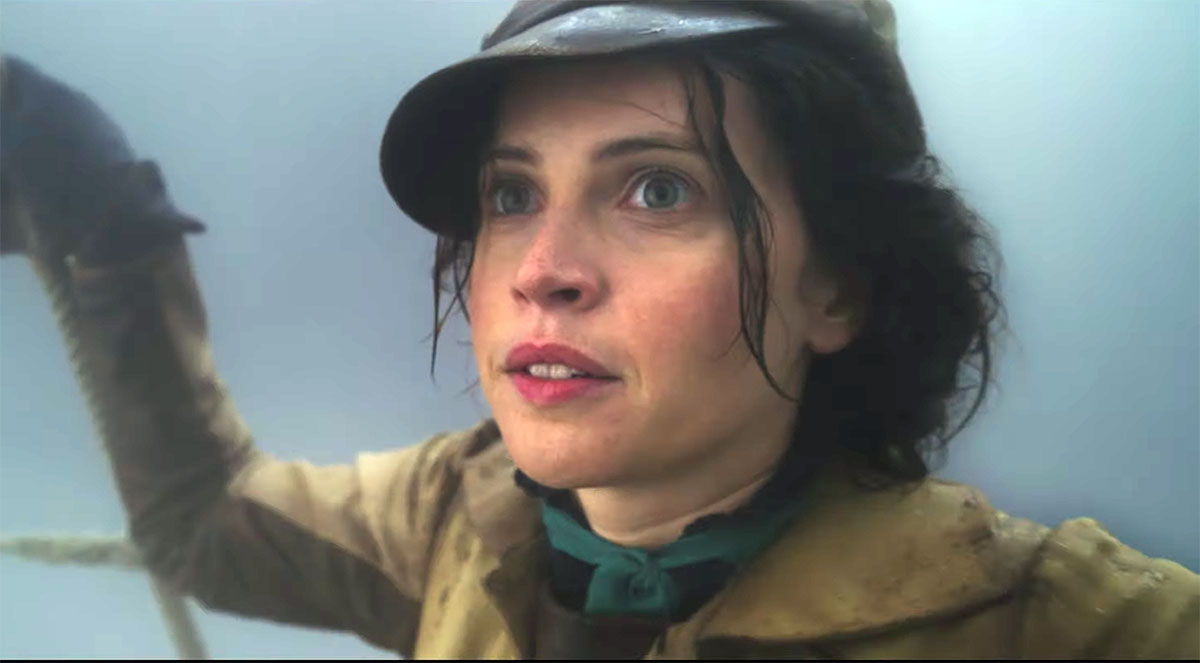 Amazon Prime has released the first trailer of ‘The Aeronauts’, reunites Eddie Redmayne and Felicity Jones in a daring hot air balloon adventure. The two were last seen together in ‘The Theory of Everything’. ‘The Aeronauts’, directed by Tom Harper and a potential awards contender, tells the true story of James Glaisher, the English astronomer and aeronaut.

In the trailer, we see Felicity Jones playing the role of a spunky woman, Amelia Wren, who is the best at handling hot air balloons and can go higher than anyone else. Wren faces a misogynist world as she is told that women do not belong in balloons up in the air. However, she is constantly drawn to the sky, believing that the answers humanity seeks, lie there. Another individual drawn to the skies is Glaisher (Redmayne). He believes that the weather can be predicted, which is largely discredited by the scientific community. Teaming up with the daredevil pilot, the duo scale heights in the hot air balloon that no one has done before. However, the ride is not without peril as they face harsh storms, the cold and perhaps even loneliness at incredible heights. The trailer shows a montage of the hurdles the two face on their way to becoming immortalized for their acts of courage. We also see Himesh Patel, known for appearing in Danny Boyle’s ‘Yesterday’. Patel plays the role of Glaisher’s supporter and friend. He comments during the trailer that some people are destined to reach for the stars while others are destined to push them towards these stars.

If it wasn’t evident from the trailer, the plot of the movie is set in 1862 and is centered around a wealthy, young widow, Amelia Wren, who mounts a balloon with an ambitious scientist. The expedition is to fly higher than anyone in history and though Wren tells Glaisher that she does not want to be a coach driver, she cannot pass up the opportunity. The film will see them take a journey that only helps them find the truths about themselves and each other but also allows them to figure out their places in the world they have left behind. Apart from the actors mentioned, Tom Courtenay, Phoebe Fox, Vincent Perez, and Anne Reid make up the rest of the cast.

Todd Lieberman, the producer, spoke about how the authenticity was always important while making ‘The Aeronauts’. Thus, most of the balloon sequences have been done in the sky, as far weather conditions have permitted. Lieberman praised both Jones and Redmayne whose courage to do some of the stunts themselves allowed for a more realistic approach. Amazon Studios will release ‘The Aeronauts’ in theaters on December 6, 2019. It will be available for streaming on December 20, 2019.

You can check out the trailer for ‘The Aeronauts’ below.