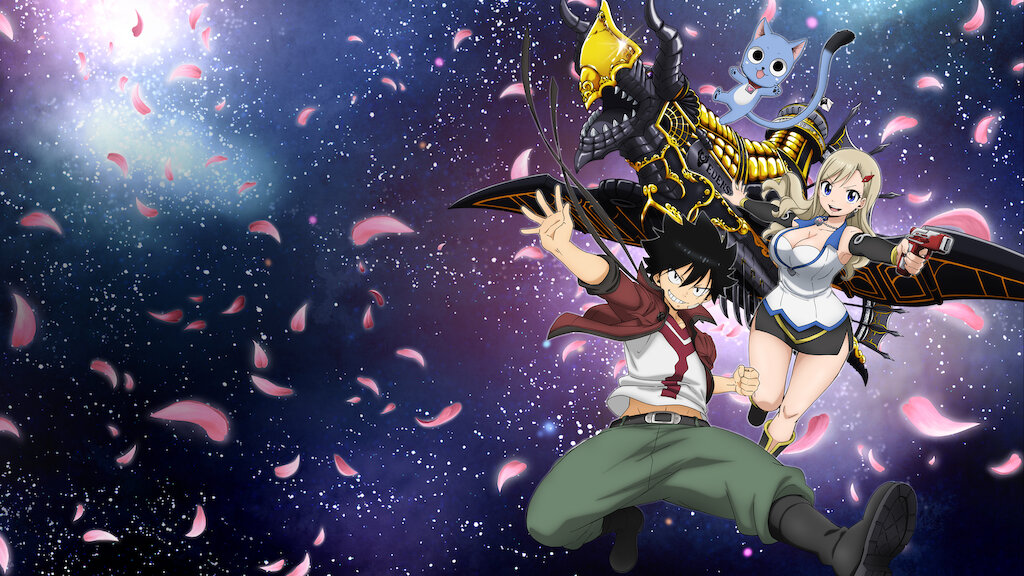 Developed from the original manga series created by Hiro Mashima, ‘Edens Zero’ has all the makings of a great Shounen anime. It has a likable hero in Shiki Granbell, a plot that hardly ever lags, and a setting as diverse as it can ever get. Understandably, parallels have been drawn between the ‘Edens Zero’ manga series and Mashima’s other prominent work, ‘Fairy Tail,’ with several characters and plot devices from the two projects resembling each other. But that’s alright. It gives the manga series and its anime adaptation a sense of familiarity. Here is everything you need to know about the ending of ‘Edens Zero’ season 1. SPOILERS AHEAD.

At the start of the series, Shiki lives in the theme-park planet Granbell, surrounded by robots. His adoptive grandfather, the Demon King Ziggy, originally brought him there. Among other things, Ziggy taught him the value of friendship, and as he grew up, Shiki made his life’s mission to make as many friends as he can. Even after Ziggy’s death, the sole human resident of Granbell lived happily there, ardently believing that all the robots were his friends.

The fateful arrival of Rebecca Bluegarden, a yet-to-be popular content creator on the cosmic video-sharing site B-Cube, and her blue cat companion Happy changes things for Shiki. The robots suddenly turned against him, forcing Shiki to leave the planet with Rebecca and Happy. It is later revealed that the robots were all approaching the end of their functioning period and didn’t want Shiki to see it. 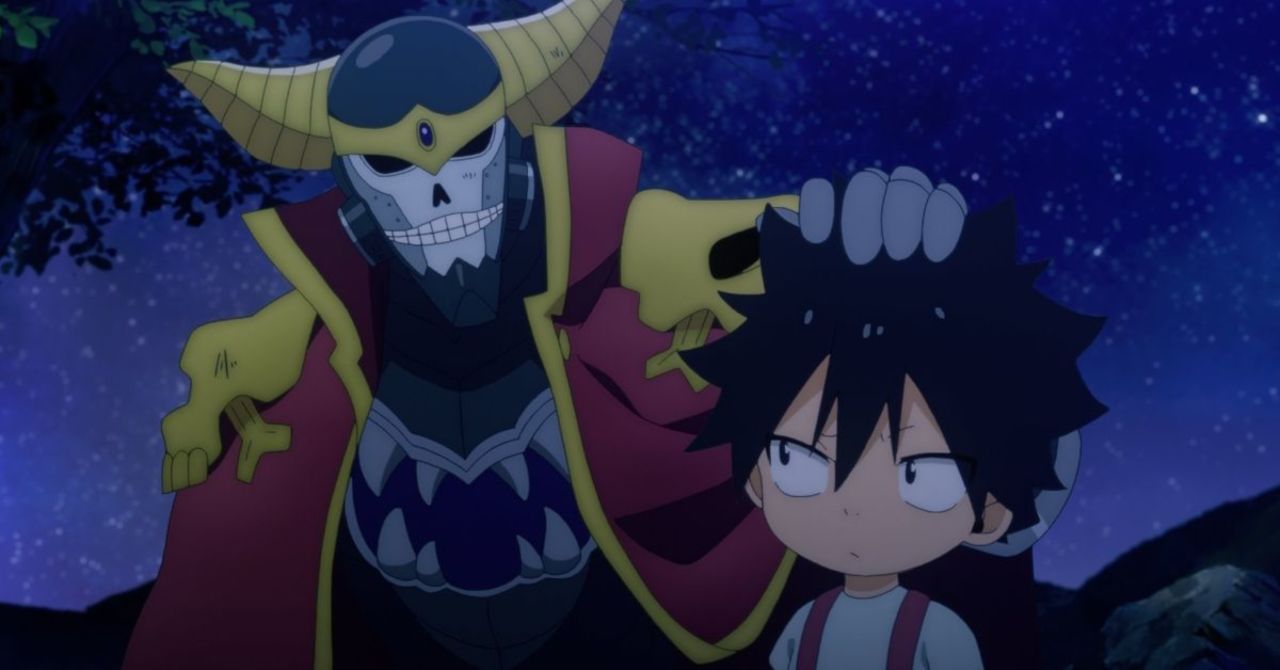 From Ziggy, Shiki has inherited the Gravity Ether Gear, which allows him to manipulate gravity. In the ‘Edens Zero’ universe, Ether is the sum of all natural energies that flow through everything, living or otherwise. According to Rebecca, some even call it magic. After leaving Granbell, Shiki, Rebecca, and Happy arrive at Planet Bluegarden, where Shiki registers as an adventurer at the Shooting Starlight guild. Seeing the holographic image of Mother, the deity who has created the universe, Shiki thinks he has seen her before.

They visit the Planet Norma, which is stuck 50 years in the past, and meet Weisz Steiner, the older version of whom is quite close to Rebecca and Happy. After escaping from Norma with Weisz and the android E.M. Pino, they run into the space pirate Elsie Crimson, who gives Shiki his grandfather’s old ship, the eponymous Edens Zero. After Rebecca gets kidnapped along with other B-Cubers, Shiki and the others follow the mercenaries that took them to Guilst, a planet filled with criminals.

In the season finale, the Chronophage arrives and devours Guilst’s time. But Shiki and the others escape from the planet before that happens after getting Rebecca back and successfully rescuing Sister Ivry, the second of the Four Shining Stars of the Demon King. As the season ends, Shiki vows to find the remaining two and then embarks on a journey beyond their Sakura Cosmos in search of Mother.

Edens Zero Season 1 Ending: Who Is Hermit? Who Are the Shining Stars?

Hermit is one of the Four Shining Stars. After Shiki receives Edens Zero from Elsie, he inadvertently activates Witch Regret, an android who is part of the ship itself. Ziggy created the Four Shinning Stars androids to serve different purposes on the ship. Witch or the Shields of Edens was built for the defense of Edens Zero. Sister or Life of Edens was created to heal injured human and alien crew members or repair them if they are machines. Hermit Mio, the Mind of Edens, had the job of ensuring the ship’s safety from digital attacks. Valkyrie Yuna or the Swords of Edens was made to use the weapons of the ship. 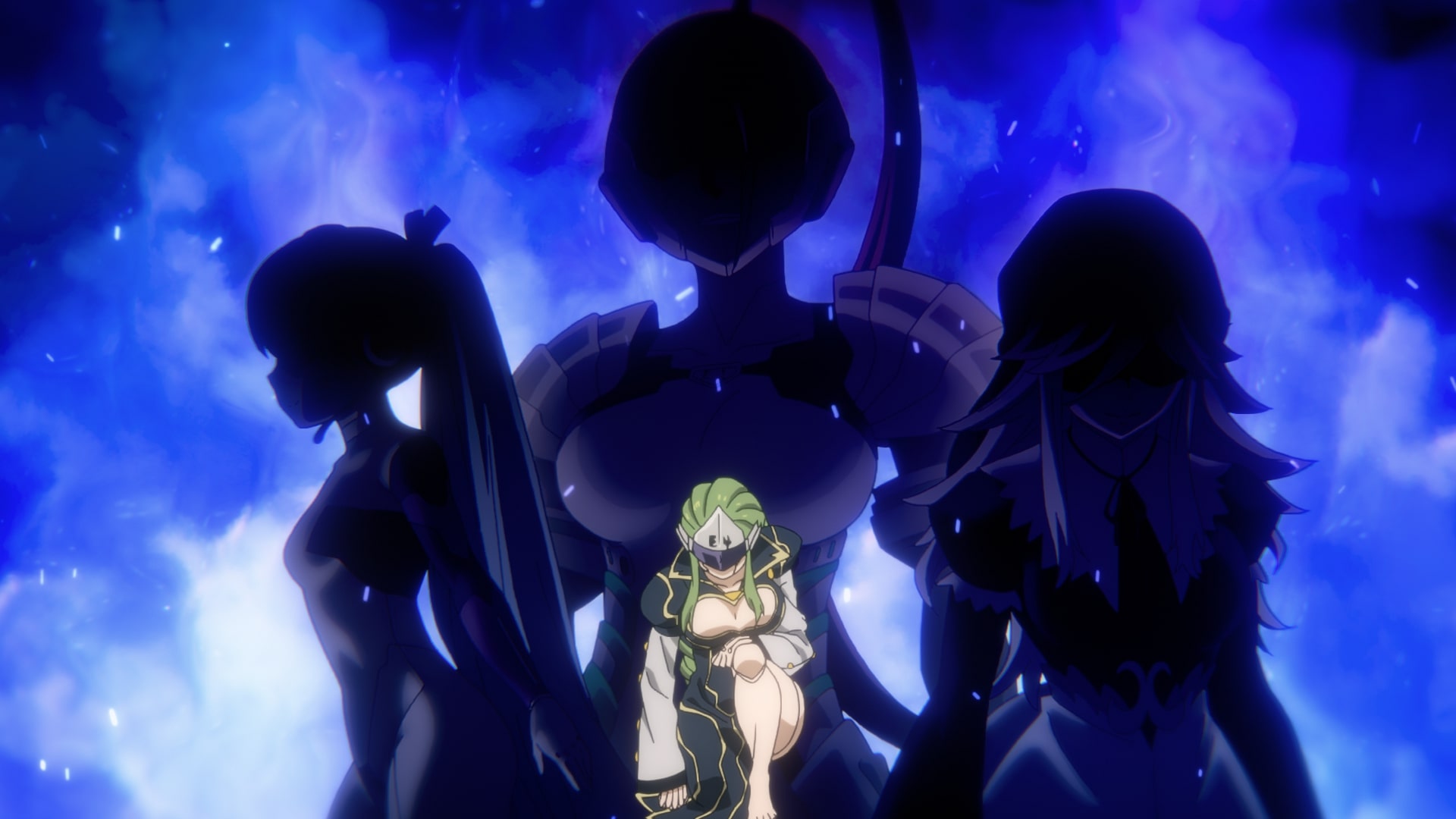 Ziggy spent a significant portion of his life in search of Mother. However, he apparently gave up after finding out that he didn’t have much time left. He then went to Granbell to raise Shiki. Meanwhile, even though Witch remained on the ship, the other three went their separate ways. Sister became a mercenary and was eventually captured by an imposter in Guilst. Valkyrie trained Homura, the swordswoman who has become one of the latest additions to the Edens Zero crew. As for Hermit, after being betrayed by humans, she retreated into the virtual planet called Digitalis.

What Is a Chronophage?

Chronophages are cosmic entities that consume time. They are seemed to be viewed as the forces of primordial evil whose paths can never be altered. The only way to survive a Chronophage encounter is to be far away from the planet toward which it’s heading. Shiki and the others experience the effects of a Chronophage for the first time after they arrive in Norma. One of these creatures ate 50 years of Norma’s time. 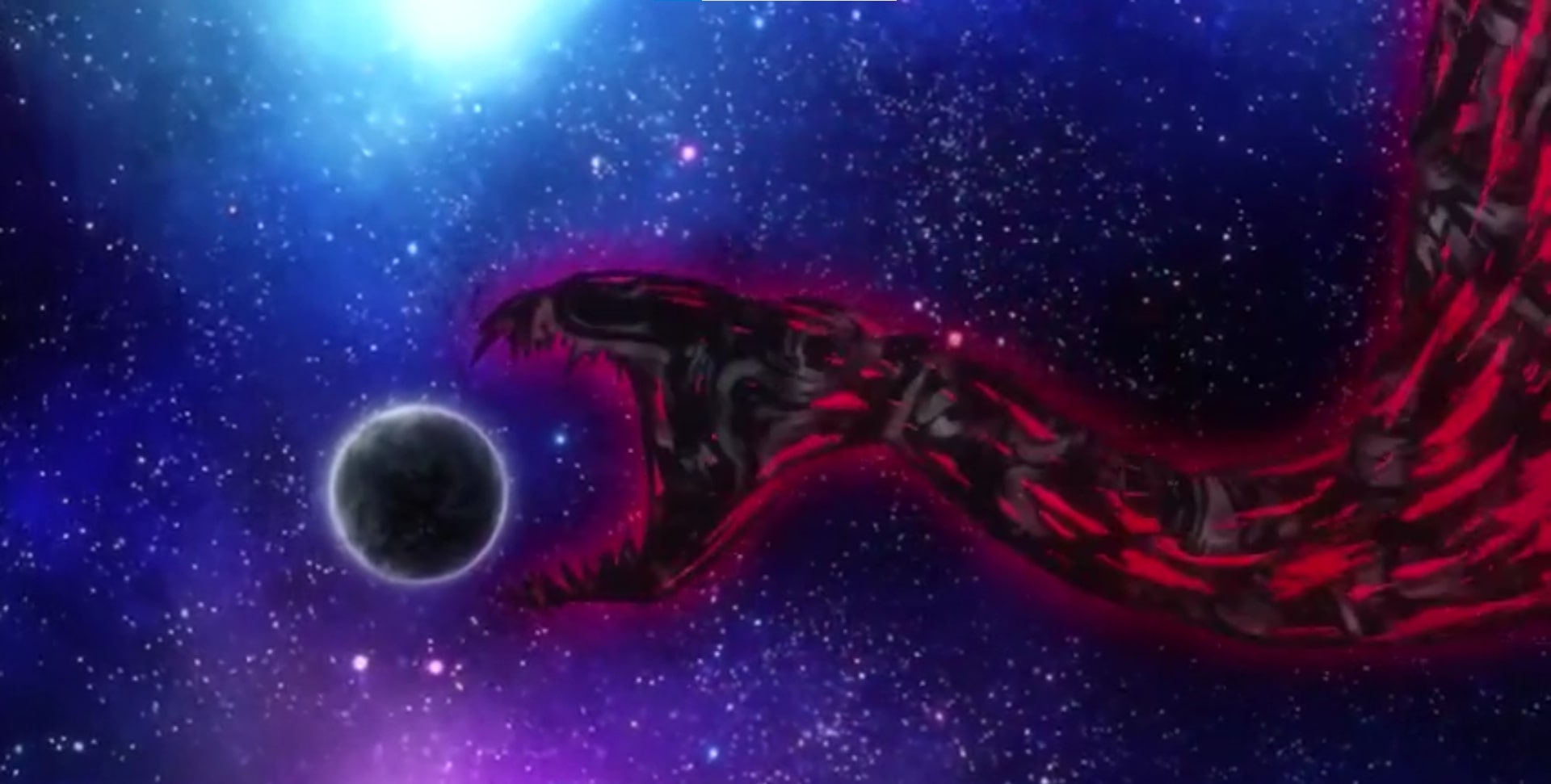 In episode 10, while Shiki, Weisz, Homura, and Pino are busy on Guilst trying to get Rebecca out of there, Witch discovers that a Chronophage is rapidly approaching the planet. Homura and Weisz rescue Sister, whom the Imposter kept as a captive for several years and used her powers as her own. The crew of Edens Zero successfully escapes from Guilst right before the Chronophage engulfs the planet. It eats 1,200 years of the planet’s time, turning the planet back into a green paradise. Numerous people lose their lives because of the Chronophage, but according to the Shining Stars, they will eventually return after 1,200 years.

Who Is Drakken Joe? 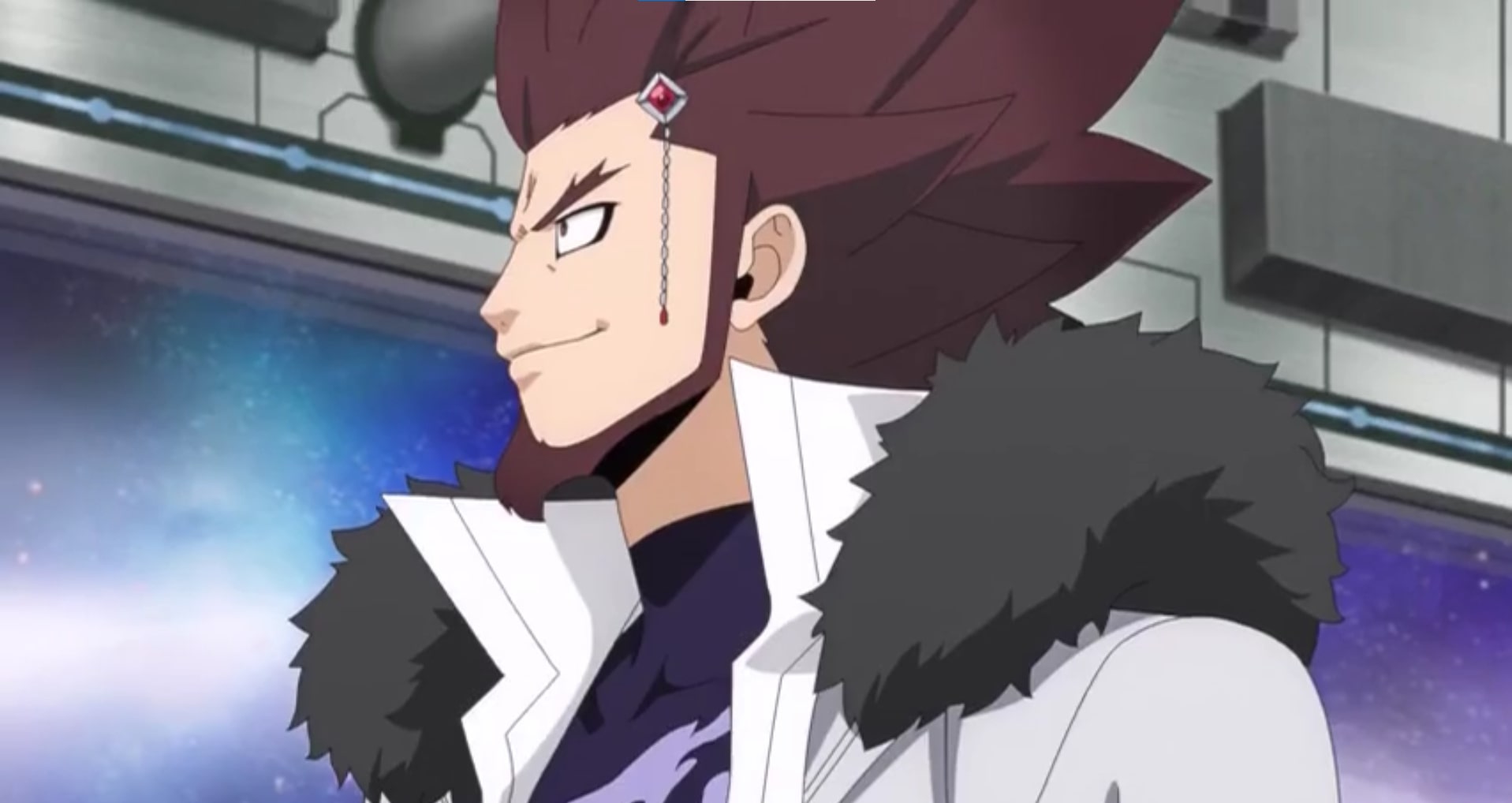 Drakken Joe is one of the most infamous criminals of the entire Sakura Cosmos. He was the main reason why Guilst became the capital of the criminal underbelly of Sakura. Before the arrival of the Chronophage, Guilst served as a prison without bars for criminals such as him. But now, many of them are out in the cosmos. In the manga series, Joe goes on to become one of the major antagonists. Along with Elsie and four others, Joe is part of the intergalactic criminal organization known as Oración Seis Galáctica.