The residents of the offbeat site of Gilbert’s Marina, Florida, were shocked when the police found the body of Edward Bozarth in his boat in July 2007. The police had to investigate for 5 long years before they could gather enough evidence to finally nab his killer. Investigation Discovery’s ‘Fatal Vows: Murder in the Marina’ follows the investigation process minutely, laying down the facts of the case in a straightforward manner. If you wish to know more about the case, as well as the identity and the current whereabouts of the perpetrator, then you’re at the right place. Let’s dive in, then!

How Did Edward Bozarth Die?

Edward Bozarth was a mysterious man who lived on a boat named Screw U-2 docked in Gilbert’s Marina, situated outside of Key Largo off the south coast of Florida. It was a place for individuals who wanted to live a life off-the-grid. Edward fitted right in, living with his 30 years younger wife, Denise Marie Bozarth of Paxton, and his two kids. Nobody knew what Edward did to earn a living, though the consensus was that he allegedly was “a contract employee of the DEA and the CIA, who in the Eighties and Nineties flew secret missions for the government in Latin America.”

On July 1, 2007, the Monroe County Sheriff’s Office received a complaint from an individual working on a boat anchored near the Screw U-2. The officers entered the boat amidst the overbearing foul smell to find the air conditioners set at a chilling 60 degrees. They searched for the source of the smell to find a body wrapped in a canvas sail storage bag in the starboard engine compartment. Upon opening the bag, they found Edward’s body, his head wrapped with a towel. The body was tied with ropes in a fetal position, and the police also found a belt bound around his neck.

The autopsy report revealed that 62-year-old Edward had died nearly a week ago. He had wounds on his head and face that indicated significant traumatic injuries. The cause of death was revealed to be blunt force trauma to his head. One of his neighbors, Jim Lowry, recalled, “Seven distinct, hard blows [to the head] so bad that they had to go to the University of Florida to have the skull reconstructed to even see what type of object killed him.”

The police found no shortage of suspects when it came to investigating Edward’s death. Some claimed that it was a disgruntled Gilbert’s ex-employee, others asserted the role of drug dealers, and some even held the Chicago mob responsible for the murder. However, two names kept popping up in the course of the investigation – Edward’s wife, Denise Bozarth, and her alleged boyfriend, Dave Campbell, who was the night security guard for the marina.

Denise had asked Edward for a separation a short time before his murder. Her parents came over and took the children to Defuniak Springs, North Florida. On June 23, 2007, Denise had packed up her stuff and left for Defuniak Springs to her parents’ home. The word around Key Largo was she had killed her rich husband for his money. It was further fueled by Bonnie Colon, a friend who lived with the couple aboard the Screw U-2 during the summer of 2007. She told the investigators that Denise allegedly spoke of murdering Edward daily as she stood to inherit his wealth after his death.

When interviewed, Dave refused to say anything at first, but then confessed to having an intimate relationship with Denise, confirming the allegations of them having an illicit relationship. The police also confirmed the whispers that Edward was reportedly a wealthy man, stating he indeed inherited more than $600,000 after her mother’s demise. He had the money in a trust fund, and his wife stood to benefit after his death.

When the police initially questioned Denise, she refuted the claims of her having to play any role in the murder, stating that her husband was alive when she left. She also allegedly shifted the blame on Dave, and an infuriated Dave confessed to the police that Denise allegedly offered $10,0000 to anyone murdering Edward and make it look like an accident. On the other hand, Denise’s father blamed some Columbian hit squad for Edward’s death, claiming it was retaliation for his supposed role as a secret government agent.

However, the investigators kept their focus on Denise, who reportedly failed a polygraph test in 2007. Her statements also began to change over the years. Till July 2011, she maintained that she was innocent and claimed that her husband used to beat and abuse her regularly. In March 2012, the police finally arrested Denise, then 39, on a first-degree murder warrant. While in custody, she eventually confessed to the crime, claiming that she acted out of self-defense, hitting her husband with a hammer when he came at her with a gun.

Where is Denise Bozarth Today?

In January 2014, Denise’s Bozarth confession was ruled to be inadmissible after a judge found out that the arrested woman had requested several times for a lawyer during her confession. In April 2014, Denise pleaded guilty to second-degree murder and was sentenced to 14 years in prison. The police did not clarify whether the inadmissibility led to the plea deal, but stated that the sentence was proposed after consulting with Edward’s two adult children. 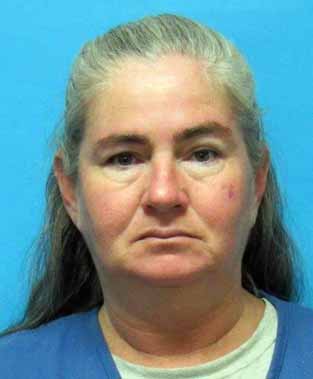 As per official court records, Denise, 49, is presently incarcerated in a cell at the Gadsden Correctional Facility in Quincy, Gadsden County, Florida. Her inmate records state that her current release date is on February 6, 2024.