Where are Edward Zelko and Thomas F. Nicholson Today? 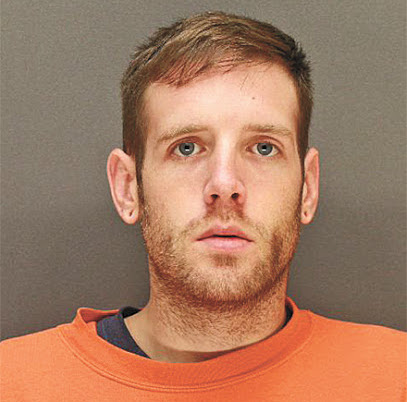 ID’s ‘Dead Reckoning’ narrates several murders that the police often had to make sense of by assembling several missing links. In its first episode, ‘Murder in the Park,’ it re-iterates the murder of Cheyenne Lee Clough, a 19-year-old mother who was brutally beaten and shot to death.

The crime happened over an intense argument between Clough and her alleged friends. According to reports, Clough stated that one of them snitched on her boyfriend, who had an outstanding warrant. In a fit of rage, she stated that she will have one of them, Callie Anderson, also arrested on her outstanding warrant. This then resulted in a plan allegedly spearheaded by Justin Jensen to kill Clough, as he believed that she would get them in trouble just as she had threatened them.

Who is Edward Zelko?

Edward Zelko, from Buffalo, was 26 years old when he was charged with aiding and abetting to second-degree murder. As per investigation reports, after the argument, Justin Jensen provided a .22 pistol stolen during a break-in to Shawn Benson and Zelko. Jensen did this by placing the gun in the car, after which he told both Benson and Zelko to kill Cheyenne Clough. In the disguise of dropping Clough back home, the two drove her to Crow Springs Park. This is where she was shot and beaten to death. Though she was alive at the time she was found, she did not make it due to her grave injuries.

After the murder, as police took over the case, all of these suspects tried to flee. Edward Zelko was arrested from Todd County. It was also stated that both Zelko and Benson injected themselves with methamphetamine before the murder. Zelko eventually pleaded guilty and, in 2018, was sentenced to 30 years in prison, with a credit of 778 days that he had already served.

Where is Edward Zelko Now?

At present, Edward Zelko is serving his sentence in St.Cloud State Prison in Minnesota.

Who is Thomas F. Nicholson?

Thomas Forrest Nicholson, from International Falls, was arrested for aiding an offender to avoid arrest. This is due to his alleged involvement in helping several suspects of the case, including Jensen and Benson, escape. He was found guilty of the crime and was sentenced to 12 months and a day in Minnesota prison. However, the execution of the case was stayed for three years of probation. This was to be followed by two years of unsupervised good behavior. He was also given credit for the 50 days he spent in a local jail.

Nicholson was also ordered to do 40 hours of community service and pay a particular sum as fine, along with his court charges. The court also mandated that he should not consume alcohol or drugs without prescription, with the additional condition that he should not keep in touch with any other named suspects involved in the case.

Where is Thomas F. Nicholson?

Thomas F. Nicholson still lives in International Falls, based on his Facebook profile. He also states that he is self-employed. In one of the comments from a post in 2016, he spoke about how he had to go to jail for something really “dumb” he did. He said, “u have no idea. they want me outa this town. I kinda did somthing really dumb. long story short people killed someone they came to my house.” It seems like Nicholson is now doing well. He even has a dog. He hasn’t posted anything this year. (Feature Image Credit: Delanoheraldjournal.com)

Read More: Where Are Shawn Benson and Justin Jensen Now?