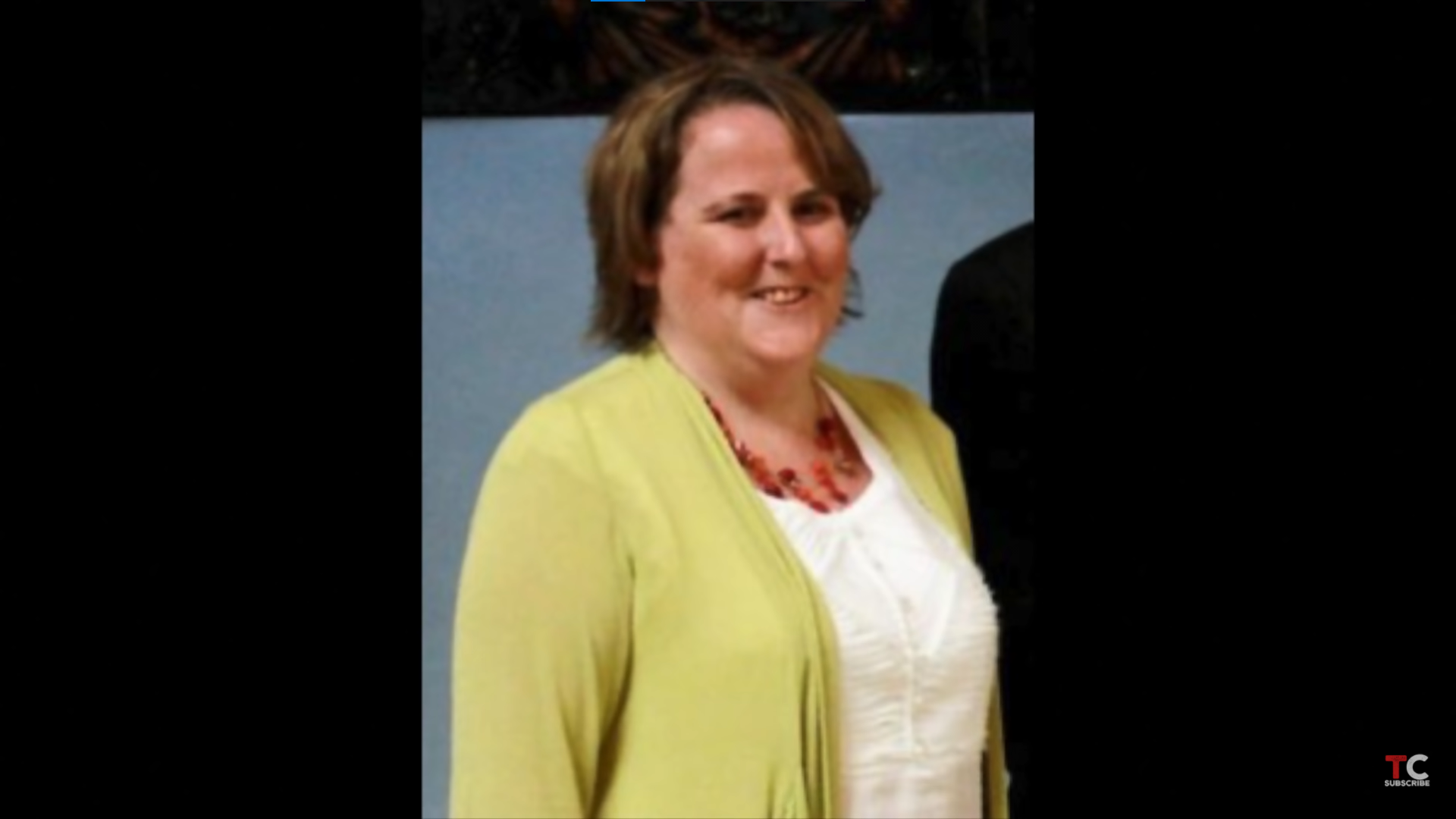 In one of the most terrifying and complex cases in Ireland’s history, Elaine O’Hara went missing from Dublin in August 2012. The frantic search for the missing woman ended when her body was discovered on Killakee Mountain more than a year later. Investigation Discovery’s ‘Death in Dublin’ chronicles the terrifying last days of Elaine’s life and how the lucky discovery of essential clues led to the arrest and conviction of her murderer. Let’s find out more about this shocking case and where the murderer is today, shall we?

How Did Elaine O’Hara Die?

Elaine O’Hara, a resident of Dublin, Ireland, was a child care worker who had a history of mental and physical health problems. Her father stated that these problems began during her teenage years. Bullying and the death of a close friend resulted in her becoming more withdrawn as she grew up. After some time, her heavy medication had been decreased, and she was receiving “more pro-active psychology.” But her mother’s death in 2002 naturally impacted Elaine. Then, between 2005 and 2007, Elaine self-harmed twice, even spending a day in a coma after the second attempt. 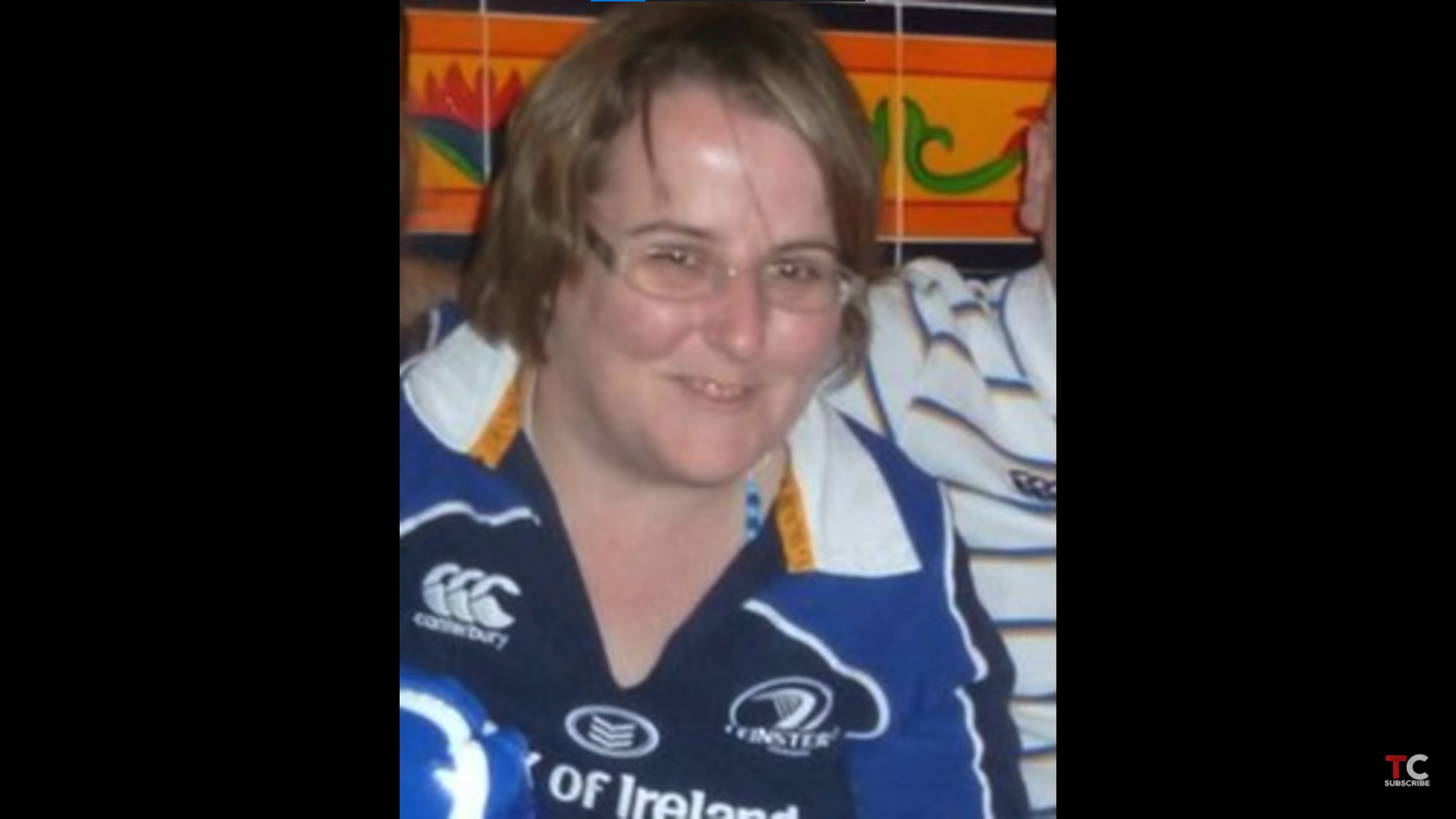 A cognitive-behavioral therapist had diagnosed her with depression, generalized anxiety, and borderline personality disorder. Furthermore, she was on medication for diabetes, asthma, vertigo, cholesterol, a stomach problem, and nerves around the time she went missing. Nevertheless, she overcame insurmountable odds and was described as having “an incredible work ethic.” After all, along with her job, she studied Montessori during the academic term and had a part-time position at a newsagent’s shop.

Elaine was also quite open about her sex life and had told her friends and family that she was in a submissive relationship with a married man. It was a dark day indeed when this poor woman was taken advantage of and killed by a crazed murderer. On August 22, 2012, Elaine’s father, along with his granddaughter and Elaine, drove up to Shanganagh cemetery.

They arrived there at about 3 pm and spent 10-15 minutes at Elaine’s mother’s grave. They then returned to his house from where Elaine left at around 4 pm. That was the last her family saw her. Later, a witness claimed that he had last seen Elaine at around 5 pm on the same day. He said that he was jogging in Shanganagh when Elaine asked him for directions towards a footbridge by the railway line.

He described Elaine as wearing a light blue raincoat and appearing distant and uninterested. Minutes later, he saw her on the footbridge walking towards the sea. A couple of days later, Elaine’s car was found in the Shanganagh cemetery, but there was no sign of the missing woman. Her family, aware of her psychological problems, feared that she had killed herself.

On September 13, 2013, dog trainer Magali Vergnet was alarmed when her dogs kept bringing bones from a woodland area in Killakee Mountain. She contacted the landowner, who then dug up the skeletal remains of a human body. Later, the police managed to identify the remains as Elaine’s through her dental records. A bag containing grey trousers, a pair of denim shorts, and waterproof clothing was also found near the area.

Graham Dwyer was arrested and convicted of the murder of Elaine O’Hara. Dwyer was a married father who admitted to having an affair with Elaine at the time of her disappearance. After police recovered the phones, they found texts which led them directly to Dwyer. Dwyer groomed and killed Elaine for his sadomasochistic fantasies that included stabbing women during sex. Videos of Dwyer tying up and stabbing different women during sex were also recovered from Dwyer’s house. 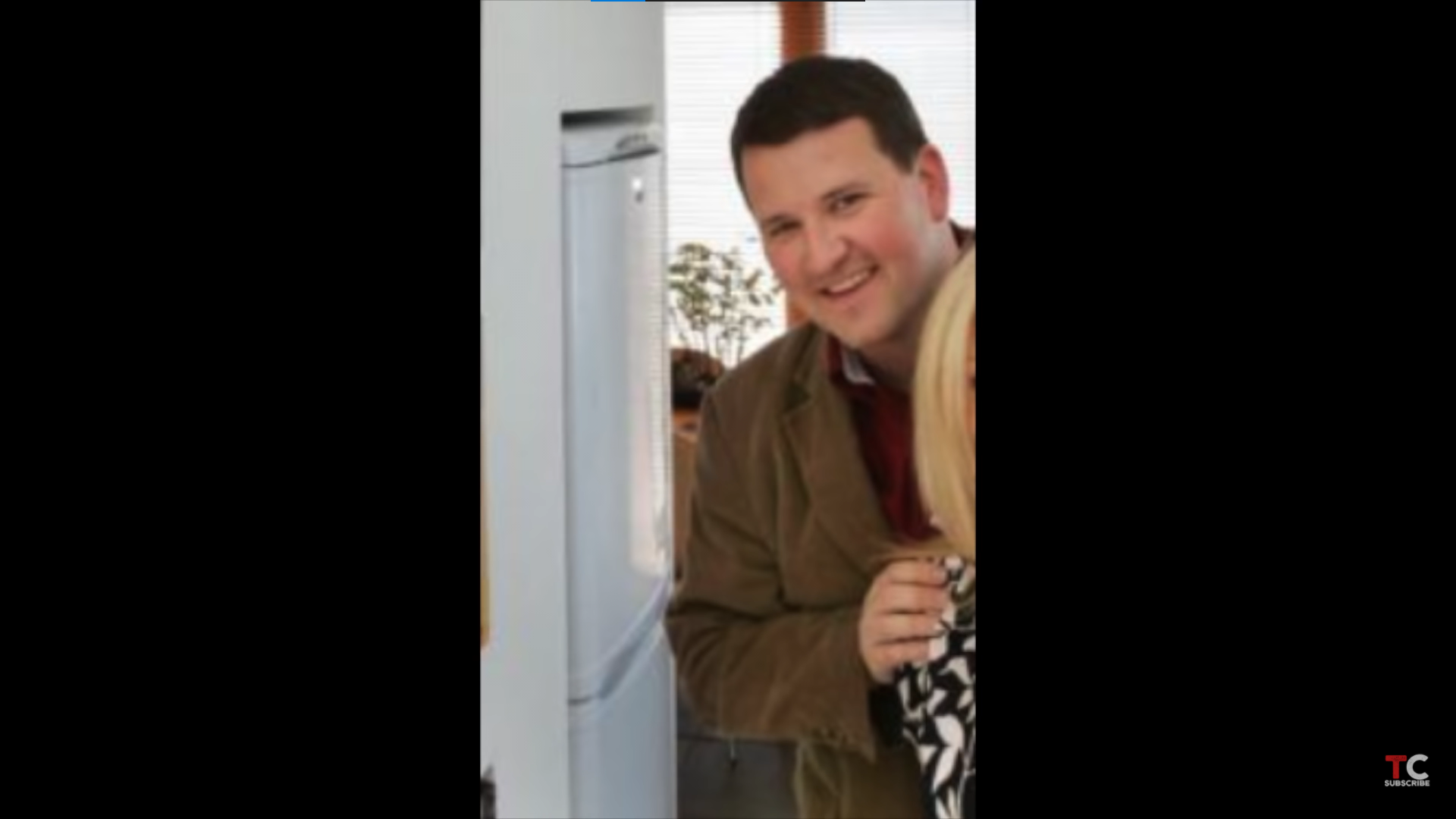 Police said the texts revealed Elaine and Dwyer were in a violent and abusive “slave and master” relationship. Dwyer would harm and abuse Elaine, claiming it to be a part of their sexual activities. Their sexual acts often included violence, knives, and bondage. The messages also detailed Dwyer’s murderous rape fantasies and elaborated on a range of ideas of how Dwyer could kill a woman and get away with it. The texts also showed that Elaine, who really wanted a child, was asked to assist Dwyer with murder if he were to fulfill her wish.

Using the phones, the police were also able to track Dwyer’s location on the day Elaine disappeared using call record data. Texts sent from Dwyer’s phone show that on the day of the murder, he had ordered Elaine to go near to where the witness last saw her. Dwyer had also said that she would be in “a lot of pain” for the next few days. The police recovered footage from security cameras installed at Elaine’s residence, which showed that Dwyer was well acquainted with her. Semen found in the slain woman’s bed was also determined to be Dwyer’s. Forensic or DNA evidence linking Dwyer to the murder was never found.

Where is Graham Dwyer Now?

After his arrest, Dwyer pleaded not guilty to the charges against him and was subsequently put on trial, where the prosecution claimed that Dwyer preyed on Elaine and killed her to satisfy his perverted sexual fantasies. The jury witnessed numerous videos that showed Dwyer tying up Elaine and stabbing her till she begged him to stop. The incriminating texts were also presented at the trial. After a short deliberation, the jury returned a unanimous verdict of guilty and handed Graham Dwyer a mandatory life sentence. He is currently incarcerated in the G2 Wing in the Midlands Prison, Portlaoise. 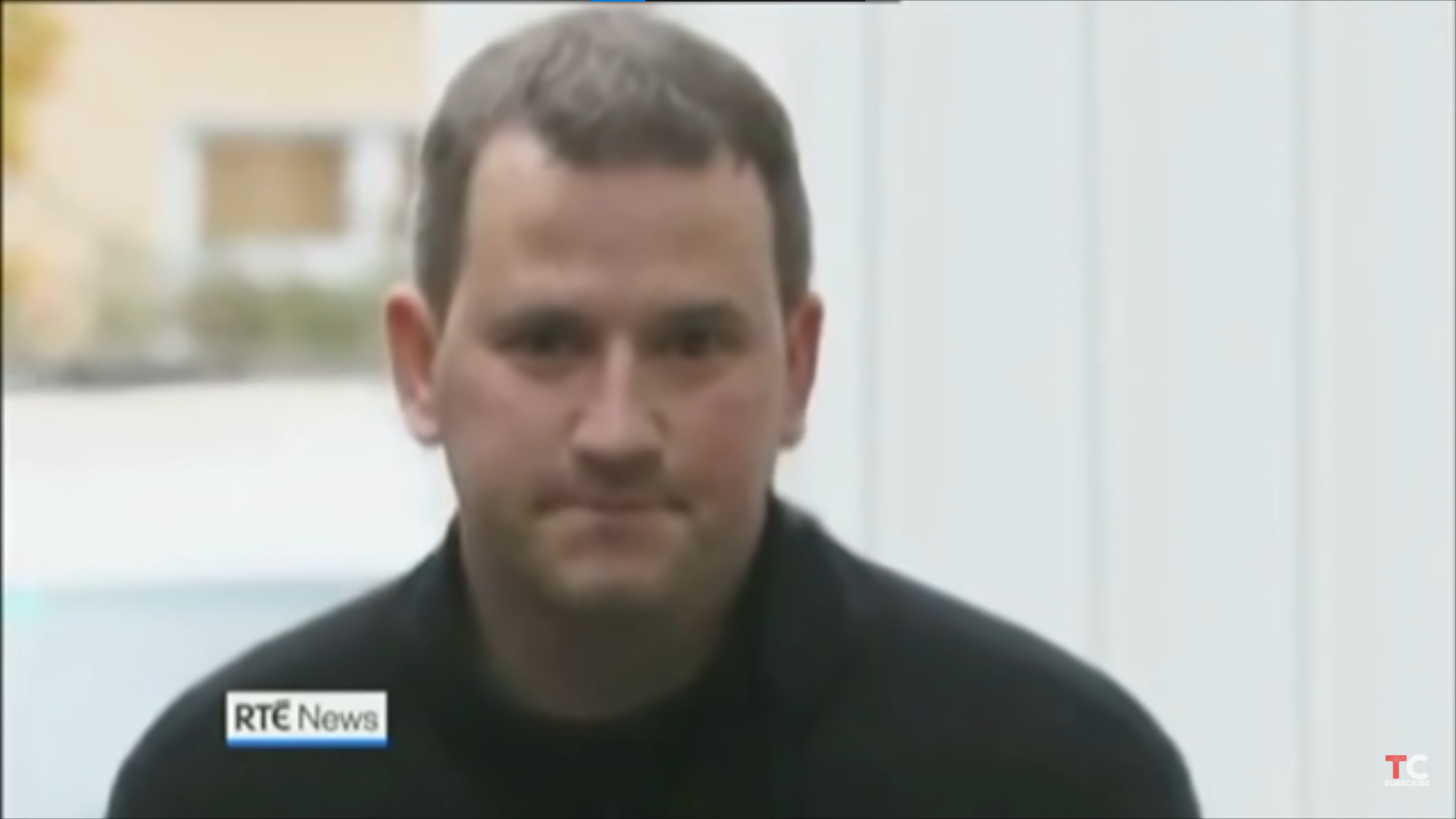 In 2020, the currently convicted murderer appealed his sentencing, claiming that mobile phone data shouldn’t have been used in the trial as it breached his privacy. The Supreme Court referred the case to the European Court of Justice. The ECJ had already made rulings that telecom companies do not have broad rights to retain data on citizens and is reportedly expected to rule the same in Dwyer’s case, which may just set him free. For now, though, he remains behind bars.