Every homicide case is completely bewildering in its own right, but when lies, deception, greed, affairs, and past suspicions get added into the mix, it takes matters to a whole new level. Unfortunately, though, these exact aspects, along with many more, were involved in Elizabeth Dorlene Sennett’s 1988 death, making it truly one of Alabama’s most senseless yet sensational cases. So now that ‘American Monster: Take Me to the River’ has revealed that investigators left no stones unturned to uncover the truth here, let’s find out all the details concerning the same, shall we?

How Did Elizabeth Dorlene Sennett Die?

At the age of 45, Elizabeth Dorlene Sennett, simply called Liz by her loved ones, was a kind community member and a devoted family woman to her husband as well as to their two sons. The fact that she was a grandmother was also seemingly one of the true joys in her life, making it evident that she was just excited to continue experiencing the path she was on to the best of her abilities. Therefore, when she suddenly lost her life in one of the most atrocious ways imaginable inside her own Sheffield, Colbert County, family home, it shocked the entire region to its very core.

On March 18, 1988, when Reverend Charles Sennett returned home from church as expected, he was uncharacteristically met with silence, only to then find his wife lying in a pool of her blood. He ostensibly immediately phoned the emergency services, but Elizabeth passed away soon after at the Helen Keller Hospital a few miles away on South Montgomery Avenue. It was evident that she’d been attacked, and her autopsy confirmed that not only had she been beaten with a galvanized pipe, but she’d also been stabbed multiple times in the chest, neck, face, and scalp.

Because the glass of a medicine cabinet was shattered and a stereo and a video cassette recorder were missing from their home, it initially looked like Elizabeth Sennett was the victim of a home invasion gone wrong. It would’ve been an entirely plausible explanation too, that is, if the crime scene wasn’t simple/clean and if all the details concerning the offense in itself added up, which it didn’t. Hence, the detectives decided to take a deeper look, leading to the revelation that Elizabeth was recently insured by her husband, whom she’d married in 1962.

Charles Sennett had a rock-solid alibi, but the officials couldn’t deny the facts of the matter — he had had a mental illness in the past, he was having an extramarital affair, and he’d been encountering financial constraints. As if that wasn’t enough, some reports indicated he was genuinely unhappy in his marriage several years together and wanted to start afresh in every sense of the word. That’s when it came to light that the reverend had contacted one of his tenants, Billy Gray Williams, and offered him $3,000 to have Elizabeth be removed from the picture for good.

Billy, in turn, contacted John Forrest Parker and Kenneth Eugene Smith to have them commit the crime for $1,000 each, which they did by entering the Sennett property under the pretense of searching for a hunting site. All three were arrested and indicted on charges related to the murder-for-hire scheme around a month later, and after separate trials, they were convicted as well. While Billy was sentenced to serve life in prison without the possibility of parole, John and Kenneth each received the ultimate penalty — the death sentence — for being the actual perpetrators.

After more than 22 years on death row, 42-year-old John was executed by lethal injection on June 10, 2010, at 6:41 in the evening. His last words were, “I’m sorry. I don’t ever expect you to forgive me. I really am sorry,” directed at Elizabeth’s two sons. Then, to his own loved ones, he said, “I appreciate everything. You all know that I love you.” Kenneth still seems to be on death row.

How Did Charles Sennett Die? 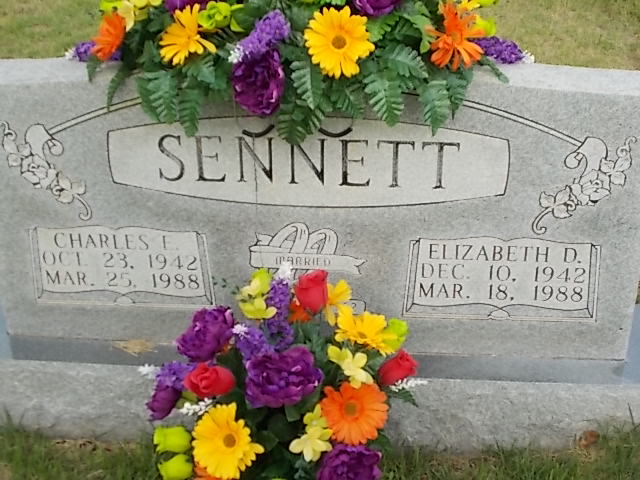 Upon learning that he was a suspect in his wife’s slaying, instead of facing the consequences of his actions, Charles E. Sennett shot himself in the chest in one of his son’s backyards. It was a week after Elizabeth’s death, meaning that he died of suicide at the age of 45 on March 25, 1988.

Read More: Elizabeth Sullivan’s Murder: How Did She Die? Who Killed Her?