Enzo Palumbo From Big Brother: Everything We Know 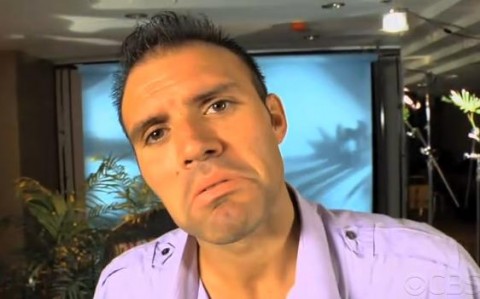 Ever since its first premier in 2000, ‘Big Brother’ has been an addictive show for its viewers. This year’s series is even more special because all the participants have already been in the ‘Big Brother’ house in previous seasons. So, there are going to be all expert players against each other. Enzo Palumbo is a TV celebrity who made it to the world-famous house for the second time this summer. Earlier this month, ‘Big Brother: All-Stars’ or ‘Big Brother Season 22’ was premiered and it became clear that Enzo is back in the game. He will be competing with 15 other returnees to win $500,000 prize. Here is an outline of everything that you should know about him.

Enzo Palumbo: Age and Where is He From?

Although Vincenzo “Enzo” Palumbo is his full name, he goes by a striking nickname, the meow-meow, that he earned during his last season. Born on January 16, 1978, Enzo comes from Bayonne, New Jersey which is also his place of permanent residence.

Enzo is a professional Insurance Adjuster. He deems his real estate license as one of the achievements about which he feels proudly. After his steady role in ‘Big Brother’ Season 12, he has started to work as a model also.

Enzo married around 2000 to a lovely lady and have two children together. This marriage, however, ended a couple of years back when the couple got divorced. He is now single and in their hometown, Bayonne. Enzo seems to have quite a strong bond with his kids. The cool dad’s Instagram account has regular photos and updates where he is having a great time with them.

In 2010, then 32-year-old Enzo Palumbo made his first appearance in the 12th season of ‘Big Brother’. He completed 75 days as a houseguest and became a noteworthy contestant of the season. Not an expert player yet he went on entertaining the viewers without getting into any fights or making enemies. Impressively, he became a finalist without ever becoming Head of the Household.

Enzo grabbed attention not only by his nickname but also by becoming a member of the Brigade, one of the greatest alliances of all the previous seasons in ‘Big Brother.’ He is even credited to form this alliance which further helped him in getting placed third in the finals. Eventually, he became a part of the jury to decide the winner.

Enzo has a variety of interests including jogging, fishing, working out, and more. He enjoys sports, especially, baseball, soccer, and bocce ball. Enzo also has a motorcycle. Most enjoyable bike rides are those when his kids accompany him. He is bilingual, Italian being his second language. Previously, he used to box and was pretty good too. There is more, Enzo and his friends rap together. So, the man can also rap!

Based on his previous season, Enzo is known to play without any severe politics and limelight. In short, he is supposedly a fair player. However, only the upcoming episodes will tell whether he will stick to his old rules of friendliness or will strike with new ones based on his last moment eviction from season 12. In any case, one thing is certain that the viewers are going to be delighted to have him back on the screen.

Read More: Memphis Garrett From Big Brother: Everything We Know