Memphis Garrett From Big Brother: Everything We Know 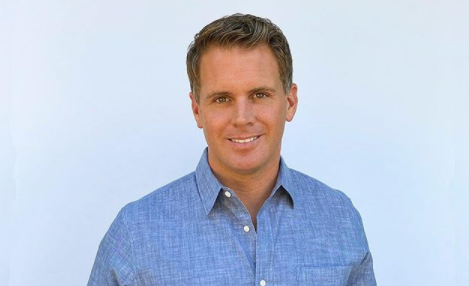 With ‘Big Brother’ season 22 finally airing, the fans are setting their guesses on who has the potential to leave everyone behind. The name Memphis Garrett comes to mind as one of the finest players in the game presently. Memphis is a TV star and a runner up of ‘Big Brother’ season 10. He is a player who knows what he is doing. Everything you should know about Memphis is right here.

Memphis Garrett: Age, and Where is He From?

The very social and focussed Memphis was born on December 6, 1982, in one of the best places to live in the state of Tennessee, Collierville. His father passed away when he was very young. Memphis admires his mother, Sally Harville for raising him through the rough times. He went on studying at Florida State University and obtained an Associate College Degree in Event Management. At present, he lives in Ft. Lauderdale, Florida.

Memphis and Ashley Zoppa dated for some time before they finally got married in 2012. They had a baby boy in 2015, the same year they got separated. Memphis was in a relationship with Amanda Lynn for several years which didn’t last. Now, he lives in Florida and raises his son, River Waylon Garrett. Whenever they get a chance, the father-son duo spends quality time cruising around the coast. Memphis is a beach person who at times also goes for fishing. Other than the beaches, he is a big FSU football fan who is also an expert at golf. He maintains a good connection with his stepfather.

Season 10 is said to be one of the most amazing seasons of the entire BB series and Memphis, then 28 years old, is its runner-up. Dan Gheesling, another finalist won with 7 votes against Memphis who got no votes at all. This made him the first finalists to get zero votes from the jury. In the end, he received the runner-up prize money and a classic model 1969 Chevrolet Camaro.

What makes it more unusual is the fact that both Dan and Memphis were in alliance, The Renegades. Together, they are one of the most praised duos in the history of the show. Throughout the season, they managed to control the majority of the house’s decision.

Unlike most of the BB series’ participants, Memphis and Dan were able to strengthen their friendship over time. Memphis’ friend, Dan reappeared in ‘Big Brother’ season 14 but Memphis didn’t participate in any seasons until now. He left the BB series for good, to invest more time in his family and business. Memphis wasn’t frequent with ‘Big Brother’ but he stayed in touch with his onscreen buddy, Dan. He was the Groomsman at Dan’s wedding and even today, they remain close friends. Interestingly, after season 10, Memphis has managed to turn his life upside down.

Memphis Garrett’s Profession: From A Mixologist To A Restaurateur

Memphis has always been a business person at heart. He started working at the early age of 12. As a teen, he earned by selling fake Nike sports shoes. After getting his Associate Degree, he joined a reputed company as a Mixologist. His first impression of bars was during his childhood. His mother worked as a waitress and Memphis daily sat at the end of the bar waiting for her to get off work. He was still associated with a restaurant chain when he first got in ‘Big Brother.’

The saying, “winning is not everything” fits accurately to Memphis because even though he was a runner up at the show, he knew exactly how to utilize this newfound fame. Coming back from ‘Big Brother’ house, Memphis got a promotion at his then-employer, SBE. As his position began to rise, Memphis knew there is so much more he can do on his own. Hence, he bought a property and built a restaurant. From one restaurant to many, the journey from an employee to an owner proved to be a highly successful one. Memphis is now well-established in the hospitality industry and owns 37 ventures including cafes, juice bars, hot dog points, and more across the US.

At the age of 38, Memphis has, at last, made it back to the BB series. This time, he is determined to win the prize that he couldn’t in 2010. The viewers are curious to see who will be Memphis alliance this year or will he play with a new team. Most importantly it is going to be great to see him again in the show.

Read More: Enzo Palumbo From Big Brother: Everything We Know