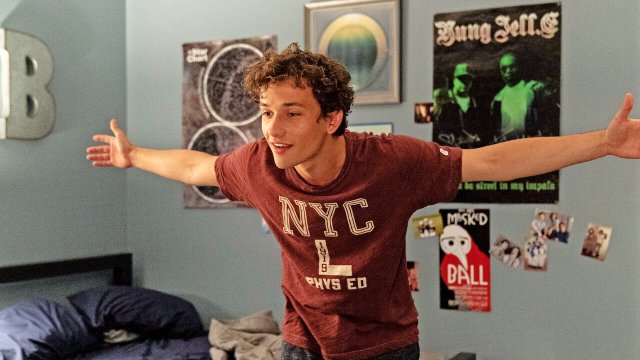 Netflix’s ‘The F**k-It List’ is a coming-of-age drama. It follows the tale of Brett Blackmore, an over-achieving teenager, who gets accepted into the best colleges but has no clue what he wants from his future. As a result of a disastrous senior prank, Brett ends up losing all of his Ivy-League college invites, and his future seems more uncertain than ever. To vent out his frustration, he releases a “F*ck-It List” which covers everything he wished he had done in high school. While the list goes viral, Brett breaks free from his parents’ expectations and sets out to create a life for himself. Brett’s story in the movie is not only uplifting but quite relatable for many. So it’s understandable if you’re wondering where the film draws its inspiration. Well, to know all about that, read on further.

Is The Fuck-It List Based on a True Story?

No, ‘The Fuck-It List’ is not based on a true story. However, its exploration of the ups and downs, and highs and lows of one’s teenage years might hit home for many. At some point, we’ve all been through the hustle and bustle of discovering what lies ahead after high school. After all, it is the turning point of one’s life. And just like the main character of ‘The F**k-It List,’ we often get caught up in the path that is set by others (especially parents) instead of finding our way. As a result, we strive to crush AP classes, get extra credit, and even sacrifice weekends just for SAT preparations.

Brett from the ‘The F**k-It List’ does the same, and his hard work does pay off when he gets accepted into seven out of eight universities he applies to. However, for him, all it takes is one mistake to lose all of this. But instead of perceiving this loss as a failure, Brett takes it as the opportunity to introspect and learn what he truly wants to do with his life. So with Brett’s story, the movie gives out a simple yet significant message—Failing at pretty much anything can feel like an ultimate sucker-punch, but can actually be more of a blessing.

The film also draws its inspiration from an ongoing social media trend of creating a “Fuck It List.” Rhyming with “Bucket List,” a “Fuck It List” is simply a list of things that one wants to accomplish, without being held back by the opinions of others. As depicted in the movie, this list not only allows one to give up on all fears by saying “F**k It!” but also sends out a positive message for others to do something similar.

Just how Brett, releases his own “Fuck It List” in the movie and helps other kids his age find their path, several so-called influences on social media have been catching up with this trend by releasing their respective lists. Marcus Scribner, who plays the role of Clint in the movie, had something similar to say about his own teenage experiences and how they come in tandem with the movie’s themes. “A lot of people didn’t think that I could become an actor, or that it would be a successful route, and you even start to give up on yourself– but if you say F**k-It and just keep going at it then eventually you’ll chisel away at that rock and create something amazing,” he said in an interview.