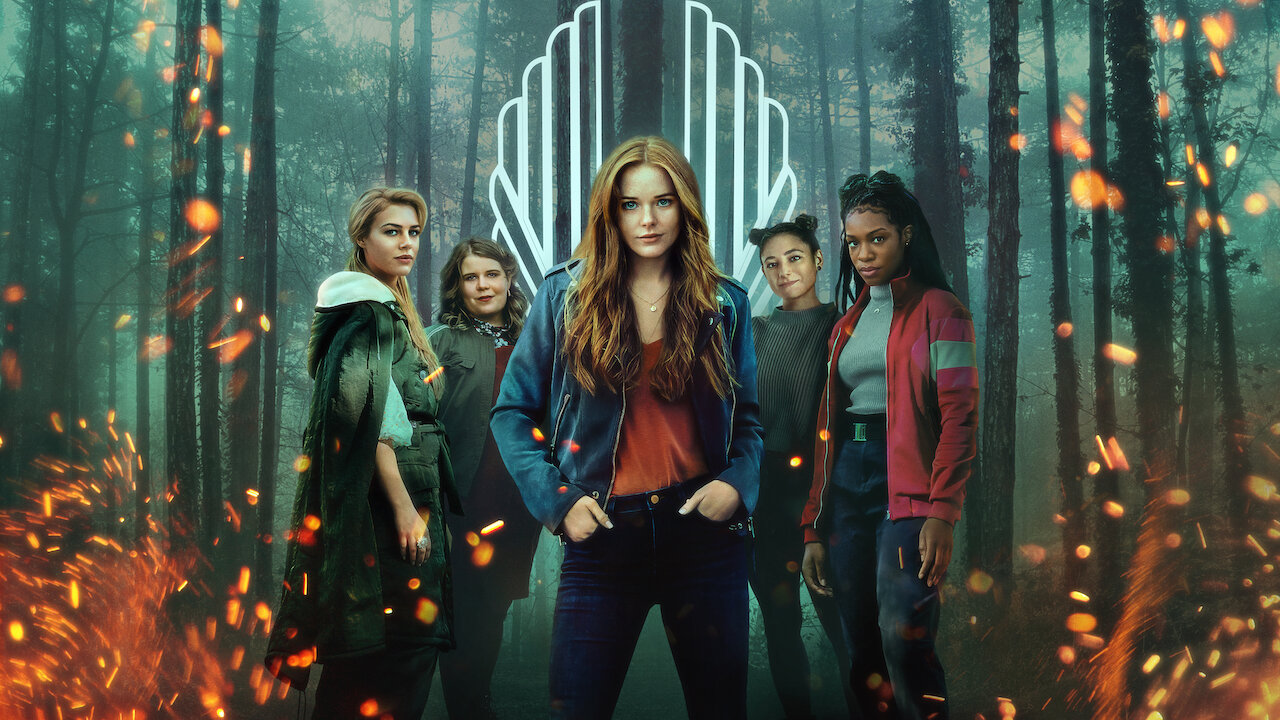 ‘Fate: The Winx Saga’ is a live-action adaptation of the Nickelodeon series, ‘The Winx Club,’ created by Italian cartoonist Iginio Straffi. The live-action series is a bit darker in terms of its treatment as compared to the cartoon. The series follows the story of five fairies who join a boarding school named Alfea, a place where they must learn to master and control their magical powers.

Navigating through love, friendship, and certain secrets are the five fairies: light fairy Stella (Hannah van der Westhuysen), water fairy Aisha (Precious Mustapha), earth fairy Terra (Eliot Salt), mind fairy Musa (Elisha Applebaum), and fire fairy Bloom (Abigail Cowen). In their learning process, they have to face monstrous adversaries and stand their ground to protect their school from precarious situations. The magical life in Alfea got us hooked, and we decided to look further into the details. Here’s what we found. SPOILERS AHEAD.

The series focuses on the five fairies’ lives who join a school called Alfea to hone their magical powers. The school is located in Otherworld, a mystical parallel world. Earth is referred to as the Firstworld. The fairies’ powers are at a nascent stage, and they try to explore how to control their emotions, which are closely linked with their magical prowess.

Bloom, a fire fairy, has ordinary parents and hails from the Firstworld. Her other schoolmates are descendants from magical bloodlines and are surprised about how Bloom gained her powers. Bloom gets increasingly curious about her origins, and the school headmistress Farah Dowling’s flippant attitude doesn’t help her situation. The school’s outer limits are infested with monsters called the Burned Ones, who serve as the antagonists in the series. Clashes with the Burned Ones lead the fairy friends to exercise their powers and gather more knowledge about the school’s murky past.

In these moments of introspection, Bloom gets to know of a secret from an air fairy Beatrix, who reveals that they are orphans from a city called Aster Dell. Aster Dell’s history is closely intertwined with Alfea’s, and in the quest to find out the truth, Bloom ends up releasing Rosalind: a former headmistress of Alfea with cunning intentions. The stage is set for a hefty confrontation, where the fairies and the specialists (non-magical male members training in weaponry) have to fight powerful foes.

Fate: The Winx Saga Season 1 Ending: What is a Changeling?

As it turns out, Bloom is a changeling- a fairy who is swapped with a human baby and raised by ordinary parents in the Firstworld. The changeling concept is one of the central themes of ‘Fate: The Winx Saga.’ Bloom was raised as a human being with no knowledge of the Otherworld. This mystery drives the narrative, and we find that she is an orphan of Aster Dell, a city ravaged by Rosalind to wipe out the Burned Ones. Rosalind took away Bloom and put her in the care of her adopted parents. 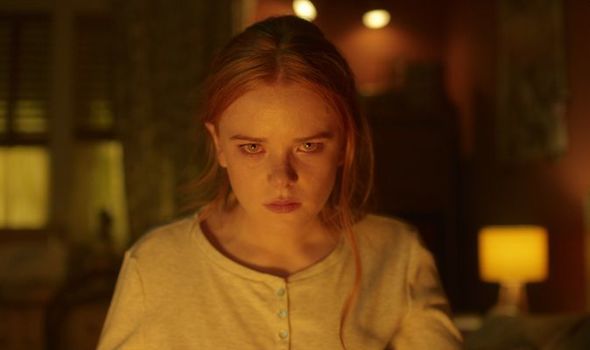 As she enters Alfea, she tries to understand her origins. In the quest to find out about her biological parents, she unlocks her immense power in the face of fatal danger. In the end, it is revealed that Bloom is actually an immensely powerful fairy possessing the powers of the Dragon Flame. Bloom’s childhood is traumatic, to say the least, because she accidentally burns down her house. Being a changeling, she has to undergo many revelations and self-introspection to explore the full range of her powers.

Her existence as a changeling makes her an outcast in both Firstworld and Alfea. Her magical powers on Earth seems like an anomaly, whereas in the Otherworld, she is oblivious to its ways and methods. Oscillating between this difficult situation, her eagerness to uncover the truth triggers a chain of actions that poses a huge risk to her friends and loved ones. She finds herself at the center of a power struggle that can change the fate of Alfea.

Why Does Bloom Release Rosalind?

Throughout the series, the story hints that Farah Dowling possesses knowledge of Bloom’s origins. After most of Bloom’s introspection and interaction with her friends, Dowling’s lingering presence makes us believe that she holds the key to Bloom’s answers. Struggling to hold through her curiosity, Bloom and Dowling develop an unsavory relationship. She finds out about Rosalind, the erstwhile headmistress of Alfea and the tutor of Dowling. Bloom has reasons to believe that Rosalind can help her with the answers. Beatrix divulges these details to Bloom, and she ends up releasing Rosalind, who is trapped in a powerful magic barrier. 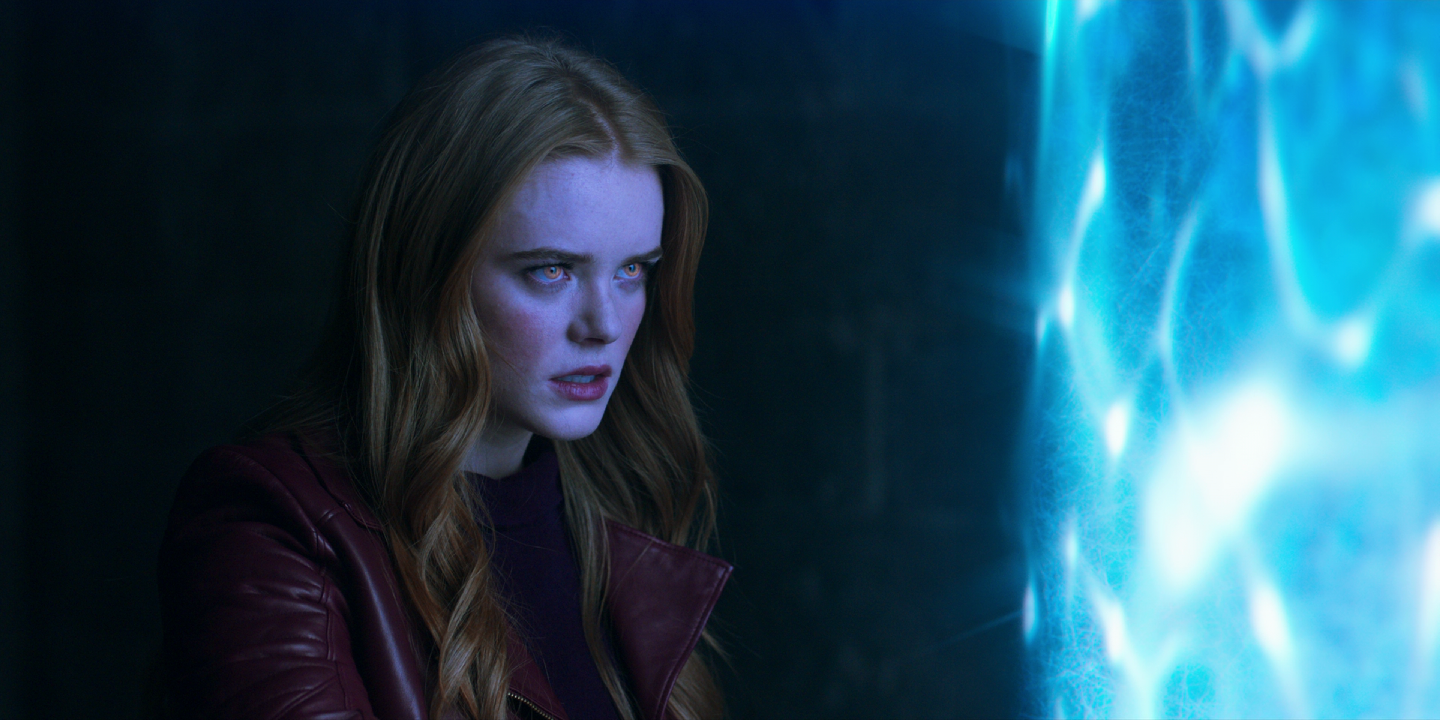 Rosalind tells Bloom that Aster Dell, the city she originally belongs to, is filled with blood witches trying to extract Bloom’s powers. Seeing the opportunity to kill the blood witches on the pretext of an attack on the Burned Ones, Rosalind ordered the obliteration of Aster Dell. Bloom isn’t able to garner substantial information about her biological parents and can see through Rosalind’s subtle manipulation. It can be understood that Bloom’s desire to know the truth and the sticky dilemma of being a changeling forces her to release Rosalind. Nevertheless, her astute observations enable her to see through Rosalind’s ulterior motives.

What Are Rosalind’s Plans?

Rosalind is a master manipulator whose schemes are always a step ahead of everyone else’s. She longs to harness Bloom’s Dragon Flame and thus frisks her away from the Otherworld so that her plan can be completed when the time is right. Rosalind’s ways are shady, but it has a deeper impact upon life at Alfea. It also turns out that she keeps Andreas alive to look after Beatrix, who, in turn, serves as a pawn in her larger game. Rosalind talks about an impending war, and her plans seem to be created keeping this eventuality in mind. For her, the end justifies the means. 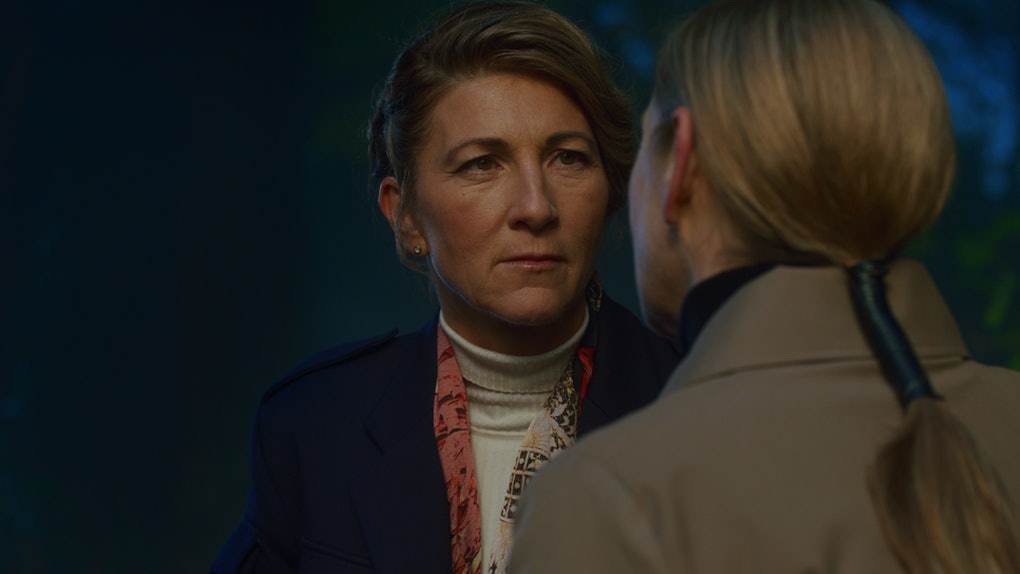 The deaths don’t matter for Rosalind, as long as she emerges victorious from the battles. Rosalind’s casual murder of Dowling is the prime example of her cutthroat ways. Interestingly, the queen of fairies, Luna, also sides with Rosalind. In the end, she takes over the school. It’s still unclear if Rosalind has evil intentions or is directed towards a greater good in the face of an upcoming war. We can hope that if and when ‘Fate: The Winx Saga’ season 2 releases, Bloom and her friends will have a confrontation with Rosalind and the dangerous fate that awaits them.