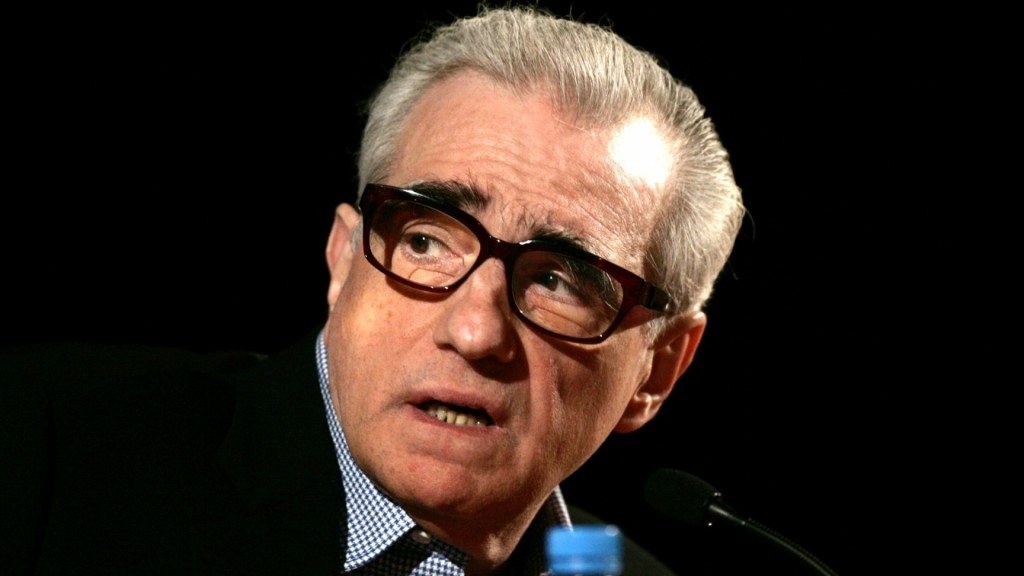 Martin Scorsese. It is a name that resonates at the highest frequency in the sanctum sanctorum  sanctuary of motion pictures. His obsession with religion, crime, and a penchant to deliver the very best has pervaded and percolated through everyone who has watched his movies. His vision and aesthetic splendor have given us some of the best movies in cinematic history. Not only did Scorcese revolutionize the thriller-crime genre, but also laid the foundation for young and aspiring auteurs  to experiment and freely innovate with their styles. It is, therefore, intrinsic for people to wonder which are his favorite movies, apart from, obviously, his own. We, as a result, took it upon ourselves to quench your inquisitorial thirst once and for all.

Scorsese recently authored an essay on Film Preservation, where he listed his favorite movies, which inspired him to do what he does. Time and again, he has mentioned certain films, which according to him, changed his life forever. We present to you, Scorsese’s List! Happy reading! 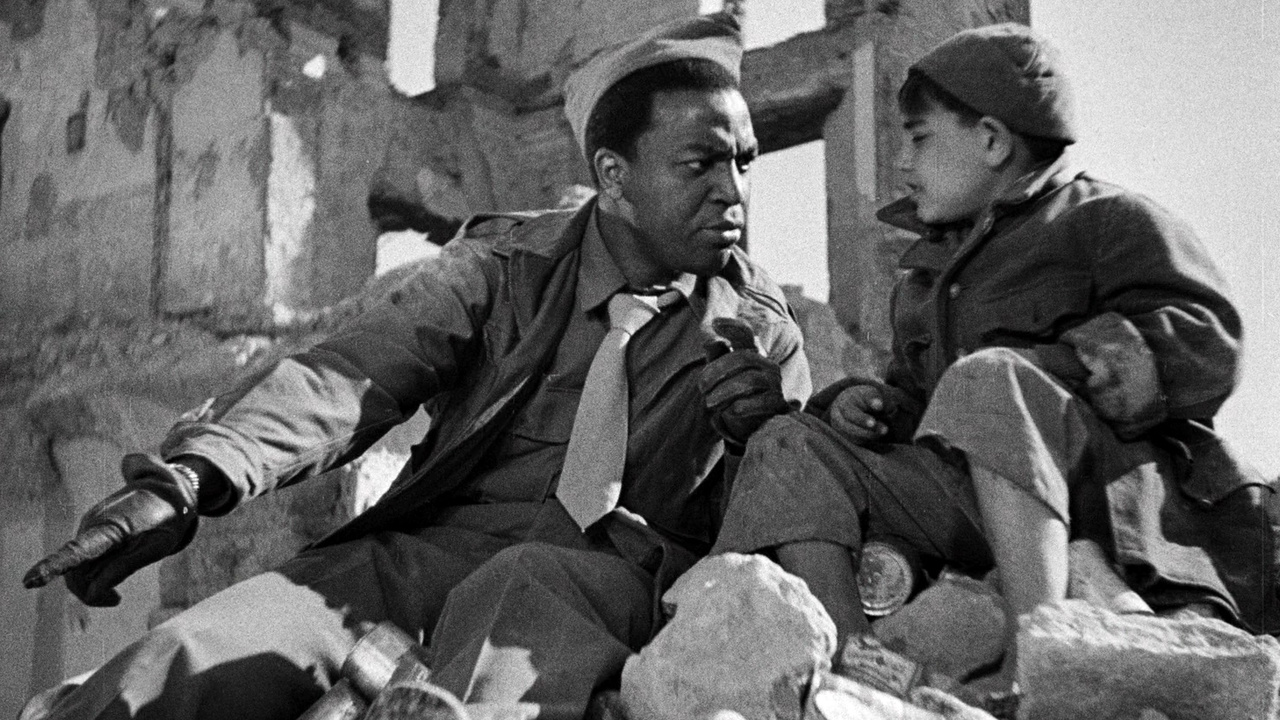 Italy has been on the acme of film-making for a long time now. Their realistic approach to cinema, and brazen consanguinity in their work has often inspired memorable cinema. Scorsese, himself being of Italian descent, grew up watching these masterpieces. The first on the list is Roberto Rossellini’s 1946 neorealist-war drama, ‘Paisan’. It is an anthology film based on the aftermath of WWII, which includes a woman who dies protecting a G.I., a street urchin who steals a G.I.’s shoes and a G.I. who falls in love with a prostitute. Traversing over six episodes, the movie marks a cornerstone in terms of expressiveness on screen, and has heavily influenced film-makers in posterity, including Martin Scorsese, as we know today. A true masterpiece that has to be seen– and then seen again. 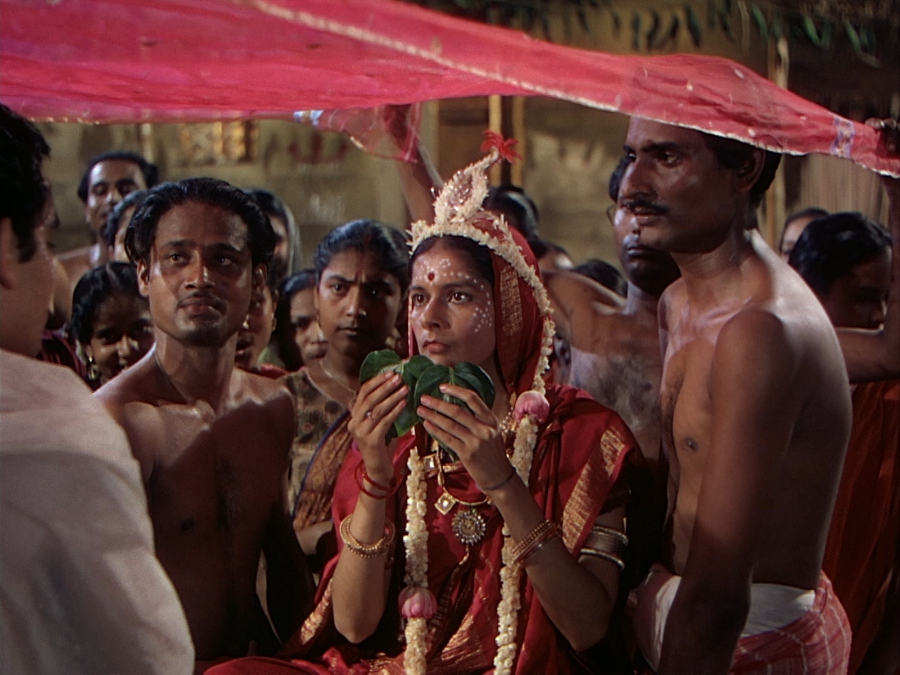 One of the first films to be shot in India, this aesthetically and emotionally beautiful film also influenced Wes Anderson’s 2007 film ‘The Darjeeling Limited’. A fairly faithful dramatization of an earlier literary work of the same name (The River, authored by Rumer Godden), the movie attests to a teenager’s first love, and how her heart is broken when the man she falls in love with is smitten with her best friend instead. The movie has since been heavily cited as one of the greatest foreign films ever made. Marty credits the movies for his blissful sojourn into religion and the existence of God. It has found itself in almost all the top critics’ ‘Great Films’ lists, including Roger Ebert. 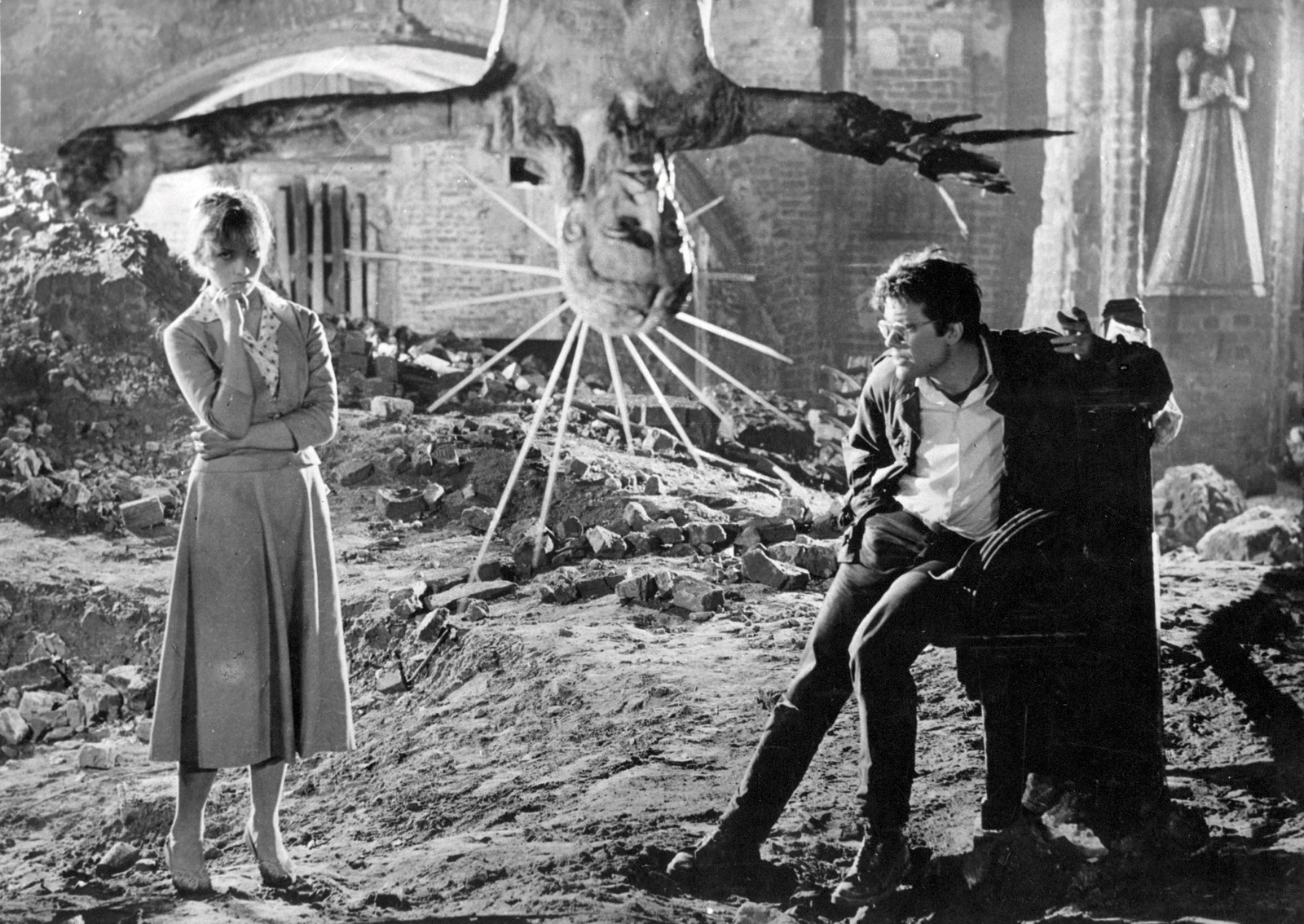 ‘Ashes and Diamonds’ is considered by film critics to be one of the great masterpieces of Polish cinema and arguably the finest Polish realist film. Martin Scorsese and Francis Ford Coppola have cited the film as one of their favorites. A critics’ poll by the Village Voice called it the 86th best film of all time. Those two names in the same breath indicate towards the film’s brilliance. A harrowing documentation of the WWII and its aftermaths in Russian and Polish providences, it’s real beauty lies in its tenuous grip on reality and substance. The macabre visuals and a permeating score add to the brilliant direction and a showcase of film acting. Don’t miss this one!

There was absolutely no way that a Kubrick film wouldn’t have featured on the list. Like he left us mesmerized by this utopian sci-fi, it also scratched Marty’s intellect and let free his inhibitions. This sci-fi film remains even today one of the greatest films ever made. The pioneering use of CGI and special effects sent shock-waves through the industry at the time of its release. The film is also known for the use of the revolving set to shoot scenes in outer space, deprived of gravity. The driving force behind the film was none other than the virtuoso Steven Kubrick. The sentient AI Hal has been the inspiration for many recreations of the particular element, with Jarvis being one of the most prominent examples. The film follows a voyage to Jupiter with the supercomputer Hal after the discovery of a mystery black monolith affecting human evolution. It deals with the themes of existentialism, human evolution, technology, and extraterrestrial life. It uses sound and minimal dialogue in place of traditional narrative techniques, applies the use of classical music to create tension, the ambiguous imagery and a scientifically accurate depiction of a space flight.

The epic mystery drama, considered the greatest movie of all time, was a revolution the time it was released. The Wells-helmed flick is a quasi-biographical drama, based loosely on the life of the American newspaper magnate William Randolph Hearst.  Narrated principally through flashbacks, it is the founding provenance of non-linear storytelling used comprehensively in today’s cinema. The story is told through the research of a newsreel reporter seeking to solve the mystery of Kane’s dying word: “Rosebud”. It brought an innovative and precedent-setting realism in its cinematography and narrative structure. It changed the forthcoming vision of future auteurs in the best possible way.

Guido, a film director who has given major hits to the world of cinema is trying to relax, but people whom he worked with before, are coming up to him for new ideas. Another import from the land of eternal hope congenially makes the list. Scorsese has time and again reiterated his desire to recreate this masterpiece on celluloid, something ehich can transpire in the near future. Acknowledged as an avant-garde film and a highly influential classic, the film won two Academy Awards, for the Best Foreign Film and Costume Design. 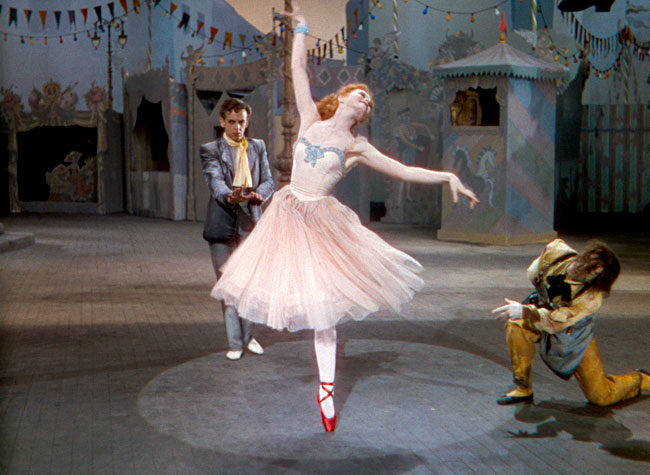 I just saw this movie and can completely understand why it stupefied the great Italian. The visual splendor, the aesthetic settings, and the beautiful Moira Shearer make the film one to remember. The unprecedented use of an unconventional storyline, dissection of human dilemmas and emotions with the precision of a surgeon, and the bold approach to an obscure subject matter prompted this drama to stand out. Winner of two Academy Awards, the film truly remains one of the greatest to be ever made. 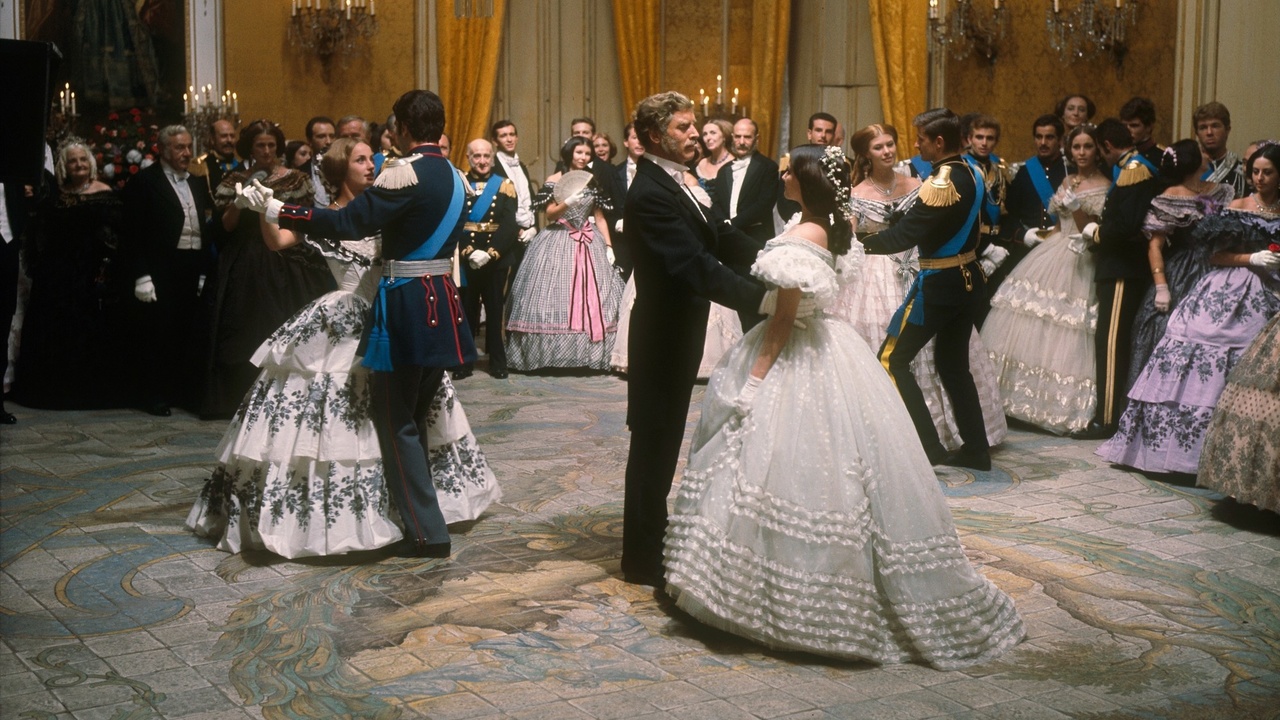 If there’s one film that truly captures the hysteria of gowns and suits of the early 1960’s, it’sThe Leopard’. The initial reaction to the film was very critical, wrapped in a semblance of skepticism and ambiguity, which has thankfully receded with time. The New York Magazine called the now-famous ballroom scene “almost unbearably moving”. The film is now preserved in the National Film Registry for being ‘culturally and aesthetically’ significant.

Scorsese’s wide-ranging cinema that caters to the most diverse spectrum of people in the society, emanates from his existential choices of movies. The TechniColor Western epic, directed by the great John Ford is credited to be the most compelling character-driven movies of its time. An Indian-hating Civil War veteran tracks down the tribe that slaughtered his family and kidnapped his niece, and the rest is for you to watch. Another one of the films that has a perfect 100% on Rotten Tomatoes, this truly is an achievement in film-making. 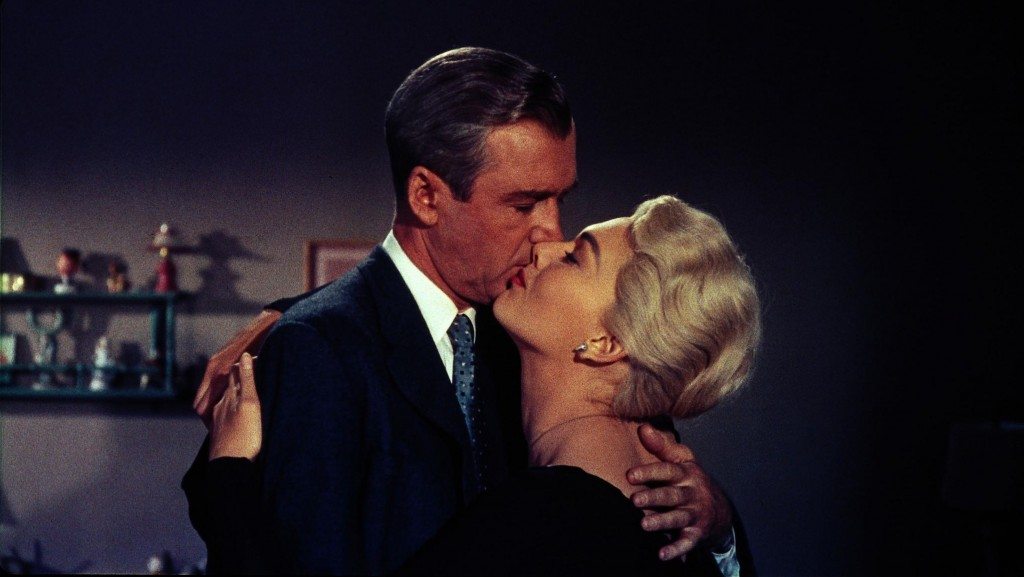 A man afraid of heights who had seen his fiancé jumping from the top of a tower, suddenly finds her alive. But she claims herself to be someone else. Then who jumped to her death that fateful day? Alfred Hitchcock’s second movie on this list is a true insight to the human psyche and a perfect psychological thriller. Vertigo has the classic Hitchcock signatory work with a twist in the climax catching the viewer unaware. Released to a mixed review, over the years ‘Vertigo’ achieved a cult status to be designated as a classic murder mystery. The most Hitchcockian film ever made. Good taste Marty!